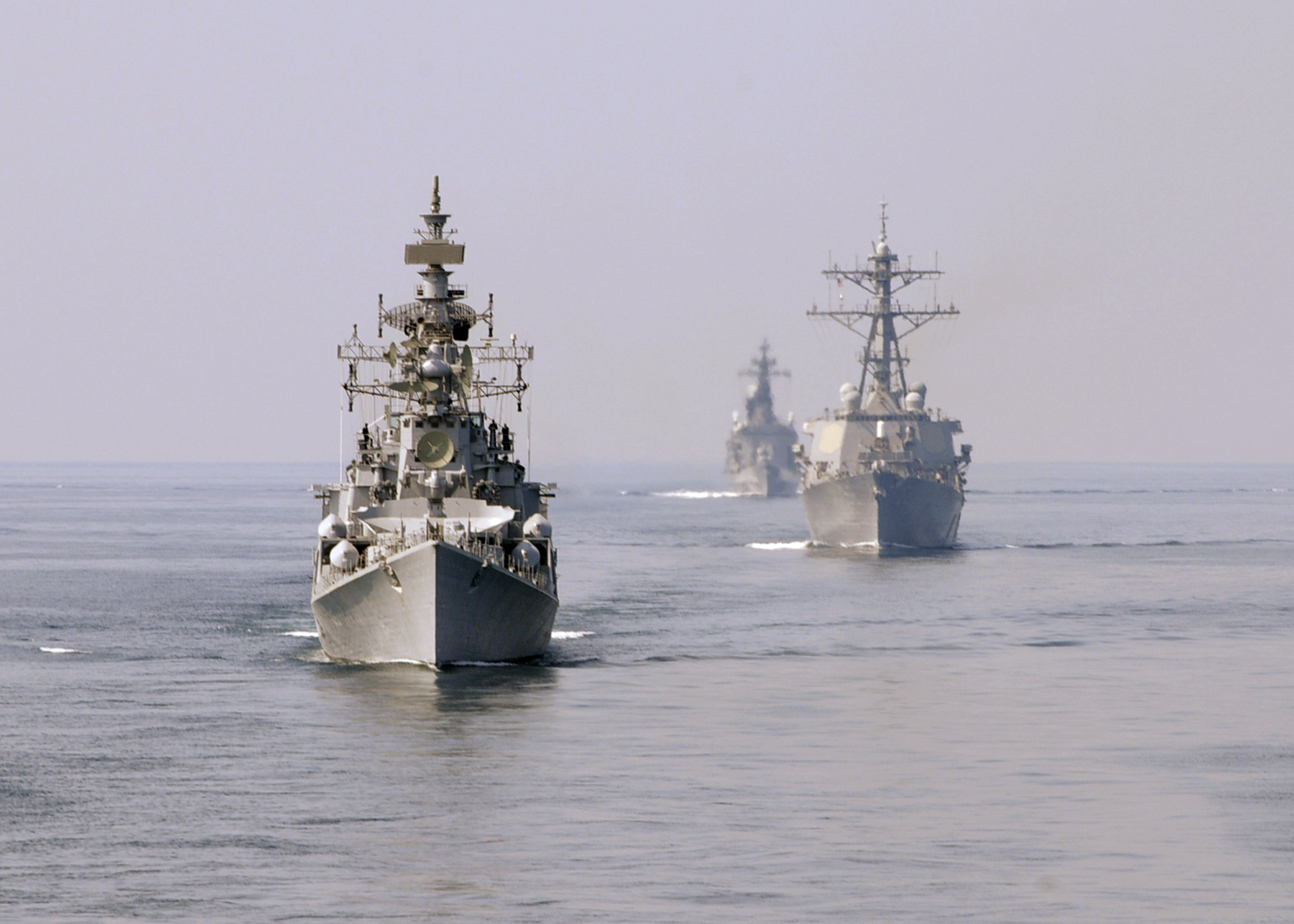 The strong economic ties the United States and India maintain with China inhibit Washington and New Delhi from taking “hard actions” when Beijing acts provocatively in the South China Sea or the Indian Ocean, one of India’s leading conservative strategic analysts said Wednesday.

Bharat Karnad, speaking at the Heritage Foundation, a Washington, D.C., think tank, said, “India expects more in investment and trade” with China and the United States “doesn’t want to disturb the status quo.” Neither country knows how China would react if it took such a step.

In that regard, the scholar from the Center for Policy Research in New Delhi placed Beijing in the “rogue nuclear triad,” in which he included North Korea and Pakistan, as to its unpredictability in a major crisis.

“Beijing wants to replace the U.S. as the center of the world” in its actions economically, diplomatically and militarily.

While India has developed closer security ties and accompanying increased military sales — including aircraft carrier technology with the United States, it still has not signed a long-term logistics agreement with Washington on the use of ports and the placing of prepositioned equipment on the subcontinent.

Jeff Smith, of the American Foreign Policy Council, said the growing security ties since 2005 concerns China. But the “main point of friction” between New Delhi and Beijing is their “spheres of influence are growing and overlapping” in countries from Nepal to Sri Lanka and the Maldives and also in the South China Sea,

Karnad said, “India does not want to be seen as part of a joint action against China” by participating with the United States in freedom of navigation operations in the South China Sea. But it also does not accept China’s territorial claims. He noted New Delhi sent two ships from its own navy to pass through unaccompanied through the same waterways.

New Delhi has adopted a “tit-for-tat” policy by building up its ground and air forces near the border with Tibet, which China claims, he said. It also is selling missiles to Vietnam, a traditional antagonist of China, as part of a so far mixed effort “to build up a coalition of rim-land states” on China’s borders.

Even if India’s efforts has not led to such a coalition, its Navy in addition to transiting the South China Sea is making port calls in Vietnam, Russia and is preparing for joint naval exercises with Japan and the United States, Smith added.

As a countermove, the People’s Liberation Army Navy (PLAN) is sending nuclear and conventional submarines into the Indian Ocean or what have become routine patrols and its surface fleet is making port calls in Pakistan, Bangladesh and Djibouti. “We are seeing a shift not only on the ground but in [Chinese] doctrine” of where it will operate.

These Chinese moves are in addition to the so-called string of pearls that the Chinese are building in commercial ports in Bangladesh, Sri Lanka and Pakistan, Lisa Curtis, of Heritage, said. These ports can be used to monitor Indian navy activities.

Curtis added that Prime Minister Narendra Modi’s visit to Washington June 7 and 8 could be a time for India to show it has diplomatic options by signing the logistics agreement “and to protect its position in the Indian Ocean and South Asia.”

Karnad said that in Asia the United States is not necessarily regarded as a reliable ally. Even with its treaty partners Japan and Korea, he said it is not clear to any of the three government exactly when the “cavalry will be coming into save them” and when the American will “actually put its forces in harm’s way.”

As he has written in the past and said again at Heritage, “nuclear weapons are the ultimate guarantee of security.”