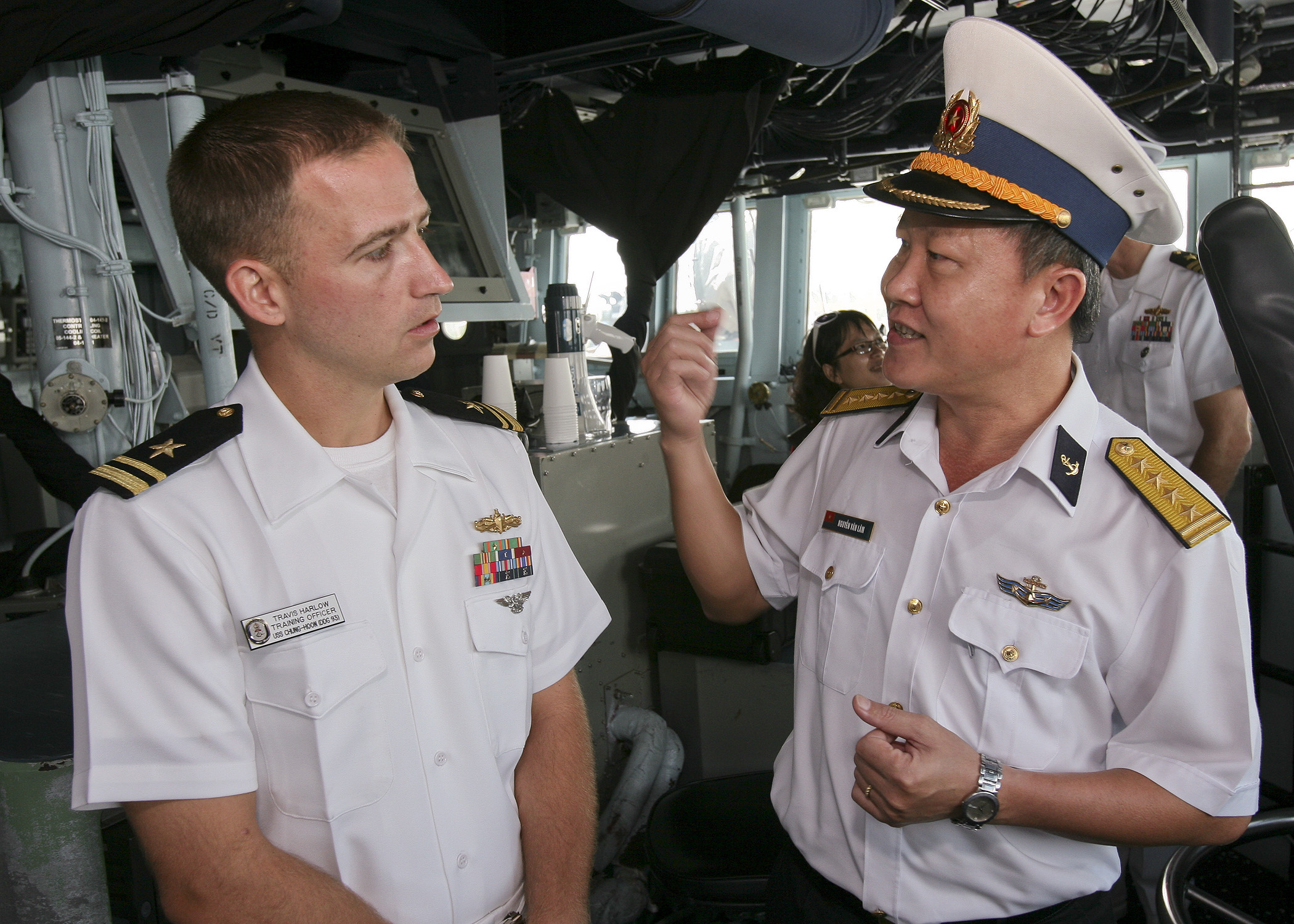 The chair of the Senate Armed Services Committee is pushing for more interaction between the U.S. and Vietnamese navies, according to a copy of a May 20 letter to Vietnamese Secretary General Nguyen Phu Trong obtained by USNI News.

In the letter, Sen. John McCain (R-Ariz.) told Trong he was “committed to helping build the maritime capacity of the Vietnamese Coast Guard and Navy” and pushed to expand the sharing of maritime domain information with all South China Sea nations as part of the Maritime Security Initiative, unveiled by Secretary of Defense Ash Carter last month and pushed by McCain.

As part of the more than $425 million in MSI funds, the Pentagon committed to $1.8 million to assess Vietnam’s current set of capabilities and chart future needs for the Vietnamese Coast Guard and the Vietnam People’s Navy.

Ultimately the chief concern of both Hanoi and Washington is the rising naval power of China. Beijing has not only embarked on an intensive warship construction campaign but also built the quasi-military China Coast Guard into a force of more than 200 mostly former People’s Liberation Army Navy (PLAN) vessels.

McCain also called for an increased bilateral cooperation between the VPN and the U.S. Navy by increasing port visits, inviting the Vietnam People’s Navy to future Rim of the Pacific international exercises off of Hawaii and more officer exchanges. 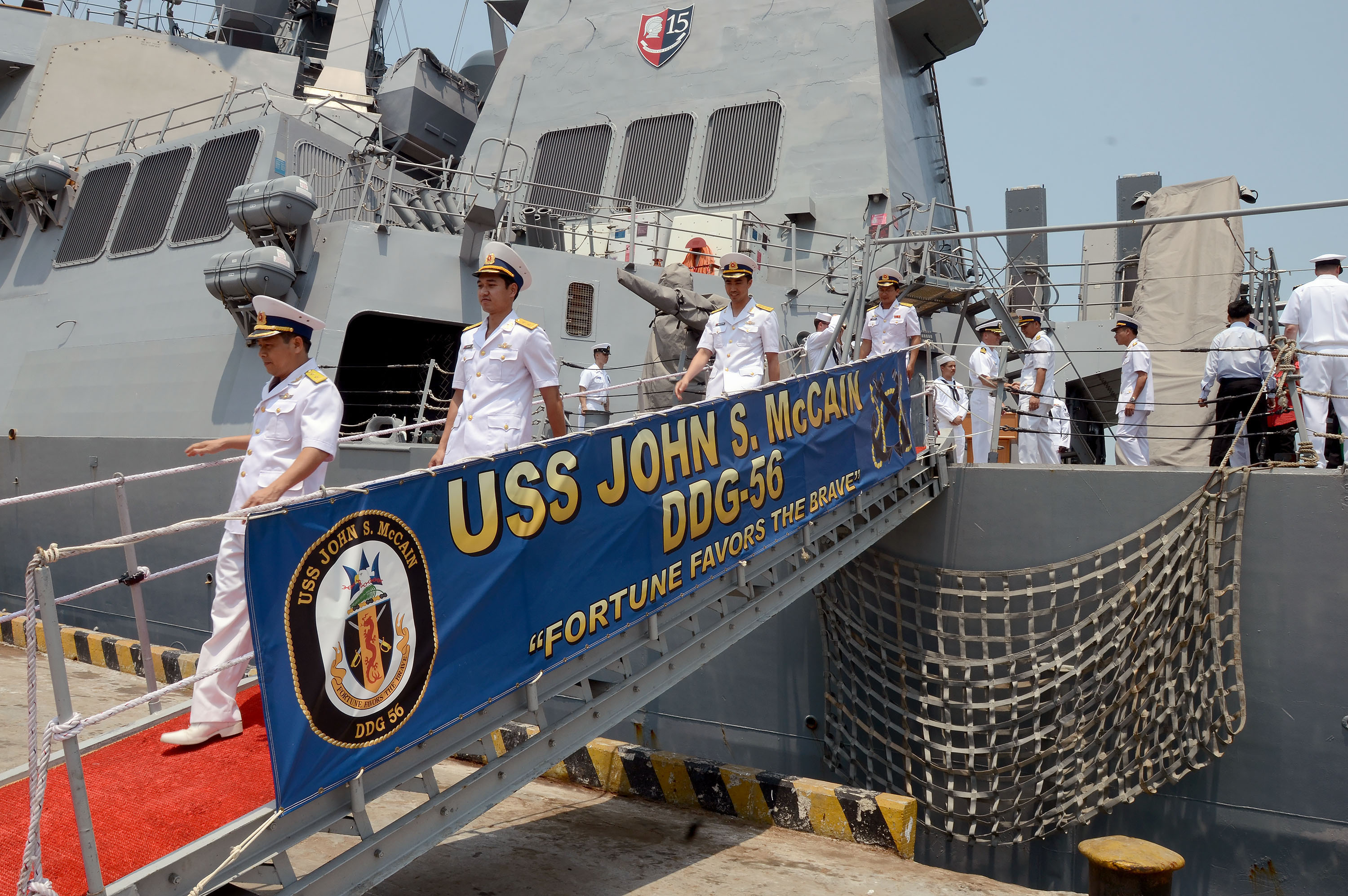 Over the last several years, the U.S. and the VPN have conducted limited Naval Engagement Activities (NEA) with mostly onshore training and brief at-sea periods, and the U.S. is looking to step up the engagement.

USNI News understands U.S. officials have offered Hanoi a plan for a regular series of bilateral naval exercises in which a U.S. ship would conduct a two-day port visit to Da Nang, two days of at-sea exercises and three days of in-port visits at Cam Ranh Bay.

The 2-2-3 plan has yet to be adopted by the Vietnamese. But the so-called ‘McCain Initiative’ – as it is known by U.S. officials in the region – would be the next step in improving cooperation between the navies. USNI News understands the first visit could happen later this year.

The letter to Trang, who McCain met with in Washington last year, came a week ahead of President Barack Obama’s state visit to Vietnam and his Monday announcement of the official lifting the U.S. arms embargo.

While the goal is increased military-to-military cooperation, McCain and Obama both also encouraged Vietnam to also improve its human rights record.

“As we continue to enhance our security partnership, the United States expects Vietnam to continue its progress on human rights and respect for civil society, including its respect for advocates of religious freedom, press freedom, and labor rights who seek to use peaceful means to build a strong and prosperous Vietnam,” McCain wrote.