The Pentagon recently began funding maritime security projects with countries in the South China Sea aimed at giving them the capability to monitor activities in their territorial waters and air space amidst concerns of regional Chinese expansion.

Defense Secretary Ash Carter said the department recently released funding under the Maritime Security Initiative, which totals $425 million total over five years. Nearly 85 percent of this year’s funding, about $42 million of $50 million total, will go to the Philippines, where Carter was last week in announcing several steps being taken to bring the two nations closer together.

During a press conference, Carter said that China’s actions in the South China Sea are causing anxiety among regional partners and said the projects within the Maritime Security Initiative are meant to boost individual countries’ capabilities and improve overall regional security.

“Countries across the Asia-Pacific are voicing concern with China’s land reclamation, which stands out in size and scope, as well as its militarization in the South China Sea,” he said.
“They’re voicing those concerns publicly and privately, at the highest levels, in regional meetings and also in global fora. And many of those countries, both longstanding allies and new partners are reaching out anew to the United States to uphold the rules and principles that have allowed the region to thrive for some many decades. 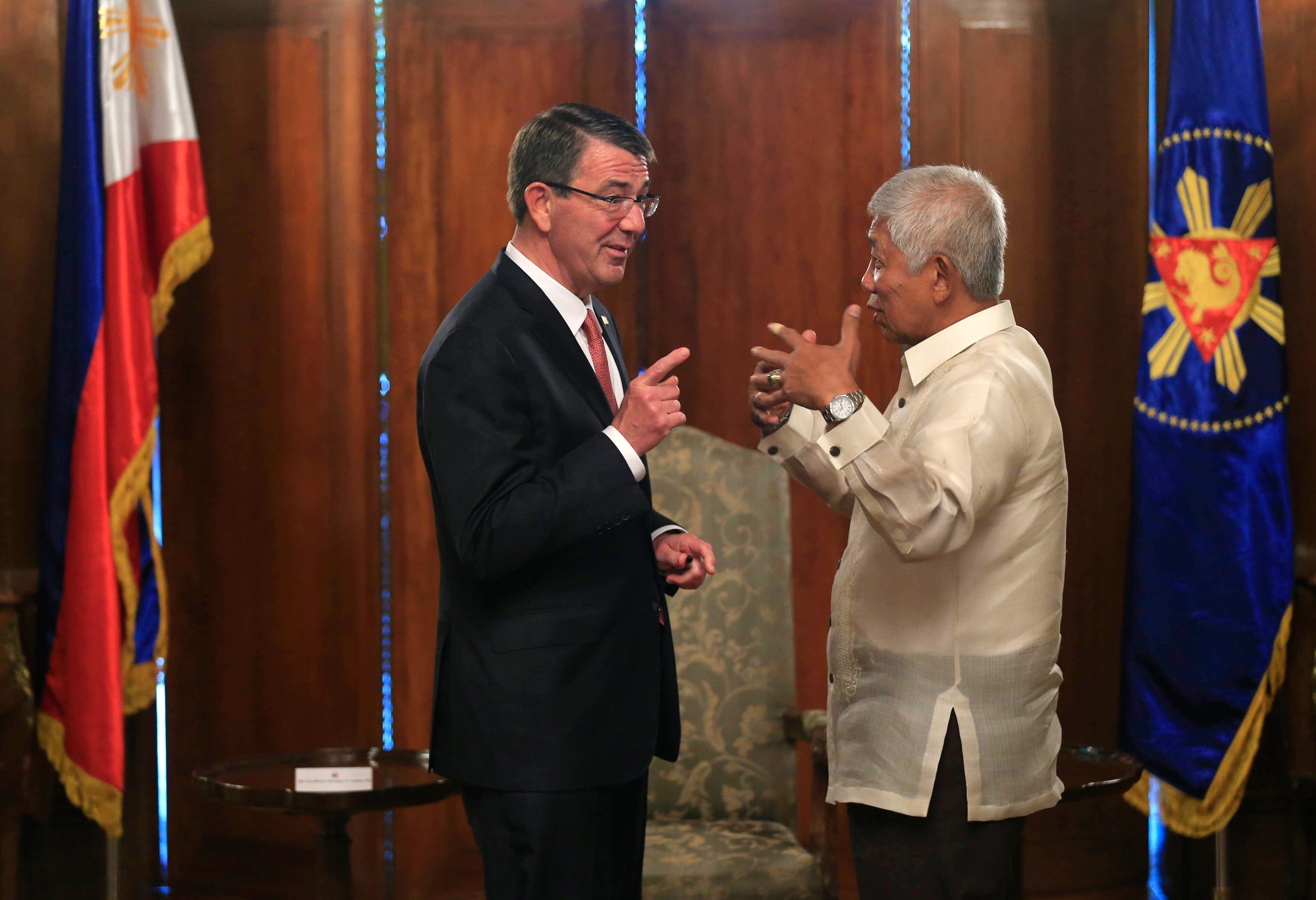 “And we are answering that call. We’re standing with these countries. We’re helping them build capacity. We’re affirming our commitment to their and the region’s security with increased posture. We’re supporting their request for intensified regional diplomacy, not increased tensions. We’re standing up for those rules and principles.”

The Maritime Security Initiative will “enable our partners in the South China Sea (SCS) region to detect activity within their sovereign territorial domain more effectively, share information with domestic and international partners, and contribute to regional peace and security,” according to a summary of the Fiscal Year 2016 Southeast Asia Maritime Security Initiative programs obtained by USNI News. FY 2016 projects, costing about $50 million, are meant to help the Philippines, Vietnam, Malaysia, Indonesia and Thailand increase maritime security and maritime domain awareness, while also working with Brunei, Singapore and Taiwan on training and headquarter-level integration. 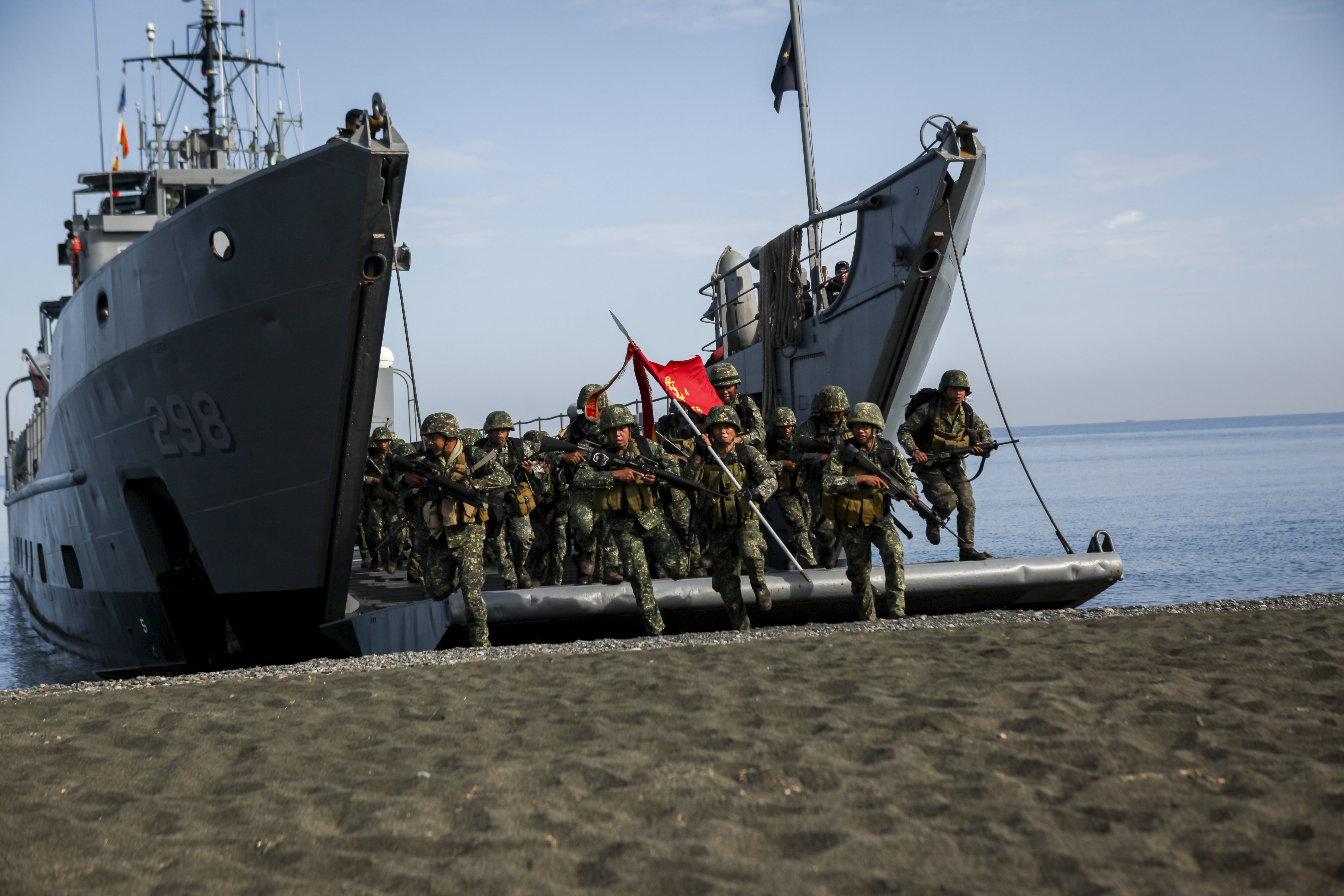 First, to assist Filipino military and law enforcement organizations, a maritime and joint operations center support project will “provide automatic identification systems (AIS) sensors, communications-network enhancements (software and hardware), and training to increase and strengthen the command and control (C2) relationships among the individual capabilities of the Armed Forces of the Philippines (AFP), the Philippines Coast Guard, and the Philippines National Coast Watch Center (NCWC).”

A team led by U.S. Pacific Fleet – with members from the Naval War College, U.S. 7th Fleet, Navy headquarters and more – will train and assess the Armed Forces of the Philippines on “analyzing information collected at fusion centers and preparing it for review by decision makers and international partners.” The assessment will take place in the coming months, during a bilateral Cooperation Afloat Readiness and Training (CARAT) exercise in June and a multilateral Southeast Asia Cooperation and Training (SEACAT) exercise in August. The results will help inform future investments the Pentagon may make in future MSI projects, according to the document. PACFLEET will send similar assessment teams to work with Vietnam, Malaysia and Thailand.

Second in the summary of projects is a maritime intelligence, surveillance and reconnaissance (ISR) improvement project worth nearly $18 million. Naval Air Systems Command (NAVAIR) will oversee the bulk of this program, providing a Tethered Aerostat Radar System with long-range detection and monitoring capabilities to help the Philippines “detect maritime and air traffic within its coastal waters.” The aerostat will detect traffic within 90 nautical miles of its location in Puerto Princesa Palawan, Philippines, and it will feed information back to the military and law enforcement’s common operating picture.

Gregory Poling, director of the Asia Maritime Transparency Initiative at the Center for Strategic and International Studies, told USNI News that a 90 nautical mile range would not give the military any coverage of the contested portions of the Spratly Islands. Mischief Reef, for example, is about 130 nautical miles away from Palawan, he said. However, it would provide coverage of activity around entirely and mostly submerged coral reefs that are important to Filipino fisherman – an area that is not currently claimed by China, but some fear China may start trying to police the area as it gains a greater ability to project power from built-up reefs and artificial islands.

“This ISR suite of equipment rapidly configures standard C-130 aircraft for tactical signals intelligence, providing capabilities that identify, geo-locate, and report communications intelligence and signals of interest to air and ground-component commanders,” according to the document.

In a third program, Naval Sea Systems Command (NAVSEA) will help determine what command, control, communications, and computers (C4) may be needed for Hamilton-class high- endurance cutters the Philippines bought from the U.S. Coast Guard under the Excess Defense Articles program.

During Carter’s press conference, Philippine Defense Secretary Voltaire Gazmin said these projects will help in “attaining our goals on developing a credible defense posture, and maritime security and maritime domain awareness capabilities. As we continue to utilize foreign military financing, and access defense articles grants, we are also working on the identification of priority projects under the new maritime security initiative for fiscal year 2017, while ensuring that the estimated 42 U.S. million dollars worth of allocations for the Philippines out of the $50 million for five Southeast Asian countries for fiscal year 2016 will be utilized optimally.”

Vietnam has had one of the most contentious relationships with China, with the tension centered on contested maritime and territorial claims. In the 1970s, China seized several Vietnamese holdings in the Paracel Island chain, and Hanoi has not relinquished their claims. More recently, China moved a $1 billion oilrig into Vietnam’s Economic Exclusion Zone and prevented Vietnamese law enforcement from approaching the rig with a ring of ships. There are also persistent reports of Vietnamese fishing vessels harassed by ships meeting the descriptions of People’s Liberation Army Navy warships.

The Philippines
Manila has among the least sophisticated maritime awareness capabilities of all of the countries bordering the South China Sea. The flagship of the Philippine Navy is the 1960s-era former-U.S. Coast Guard cutter Hamilton. The country also is the closest to China’s artificial island campaign in the Spratly Island. Though China has not yet militarized the islands, the facilities Beijing has built in the Spratlys could easily host fighters and offensive missiles. The primary rift in the Philippines’ relationship with China is over Scarborough Shoal – a feature near Manila that the Chinese seized in 2012. Pending international arbitration over ownership over Scarborough is due in weeks, and if arbiters rule in the Philippines’ favor, the results could prompt a strong reaction from Beijing.

Singapore
Perched on the Strait of Malacca, Singapore already has an extensive maritime domain awareness apparatus. In addition to South China Sea concerns, the Singaporeans are also concerned with the persistent piracy issues in the Strait.

Malaysia
Kuala Lumpur has historically had a friendlier relationship with China than some of the other South China Sea border nations. Beijing has invested heavily in the nation and enjoys a cordial relationship with the current government. However, last month allegations arose that a fleet of Chinese fishing ships entered Malaysian waters illegally.

Thailand
Bangkok and Beijing are on largely good terms with few overlapping claims. The U.S. and Thailand have been long-term regional partners, but the relationship has been strained since a military junta took over of the country in 2014. The decades-old exercise Cobra Gold has been reduced in scope over the last two years due to U.S. restrictions in working with countries in which democratically elected governments have been overthrown.
— Sam LaGrone 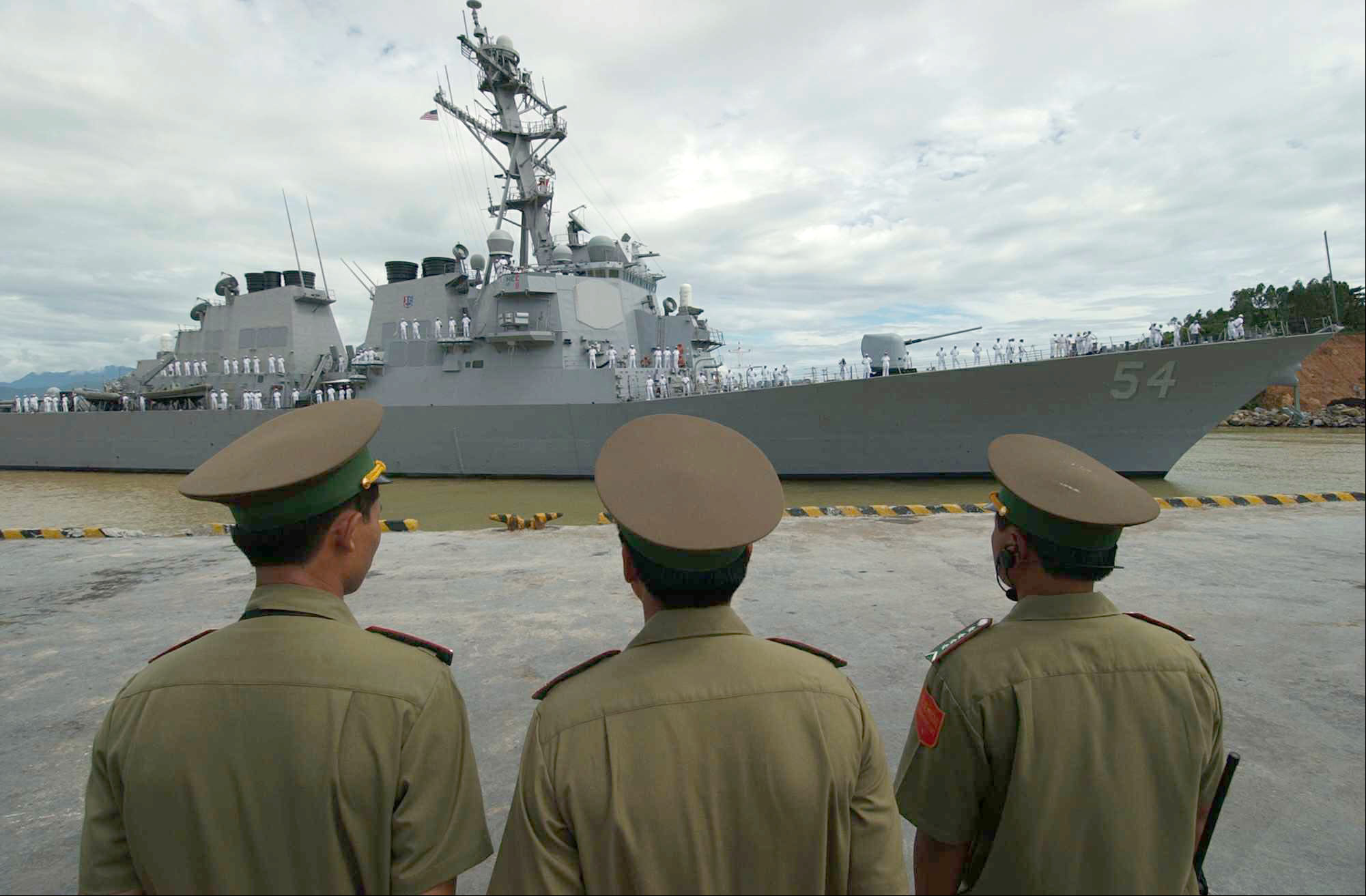 The Pentagon included nearly $1.8 million for programs with Vietnam, primarily to understand what Vietnam’s current capabilities are and assess what might be useful in the FY 2017 MSI programs.

The Navy will send a team of unmanned aerial system experts to brief Vietnamese leaders “on the concept of using different systems and create an opportunity for Vietnamese officials to visit a U.S. military unit with operational UAS assets,” in the hopes that Vietnam may find a system that would be useful for boosting its maritime domain awareness. “The goal is to help Vietnam establish a concept of operations and set of requirements for the UAS that most fully meets Vietnam’s needs,” according to the document, and in 2017 the Pentagon may provide training and other UAS assistance to build on this effort.

NAVSEA will also study the current capabilities of ships Vietnam has received from Japan and South Korea to identify future upgrades for interoperability, security encryption and more, which will also inform 2017 spending.

The Navy and Coast Guard will also outfit Vietnam with 10 Maritime Search and Rescue Optimal Planning System (SAROPS) hardware and software packages and will provide training and maintenance support for up to five years. SAROPS “will assist Vietnam in planning, predicting, and executing its maritime SAR operations. It will also enable Vietnam to predict more accurately or gain awareness of assets drifting at sea once the known location is plotted into the SAROPS,” according to the document.

Vietnamese Navy, Coast Guard and Border Guard officers will also be invited to numerous training events and leadership courses throughout the year, as will officials from Malaysia, Indonesia, Thailand, Brunei and Singapore.

SPAWAR will outfit Malaysia with $1.2 million in secure communications and an expanded Malaysia Armed Forces (MAF) common operating picture to connect the Royal Malaysian Flight Operations Center, Operational Forces, and MAF headquarters. MAF leaders also requested that the system be installed at the Royal Malaysian Navy’s Fleet Headquarters at Lumut Naval Base, and that five mobile kits be provided to bring on ships during operations and exercises. Overall operations center upgrades, including contributions from PACFLEET and the Air Force, total $2.3 million.

U.S. Marine Forces Pacific will assign an officer to advice MAF for five months under the MSI 2016 program. Malaysia does not have a Marine Corps and wishes to develop amphibious, littoral and coastal defense capabilities for use in the Eastern Sabah Security Zone, which was attacked by gunmen in 2013. Air, land and maritime defense capabilities in that region have been beefed up in the years since the attack.

The Marine advisor will help expand a current exercise in Malaysia, Malus Amphex, into a multilateral exercise, and will help plan additional East Sabah amphibious exercises. 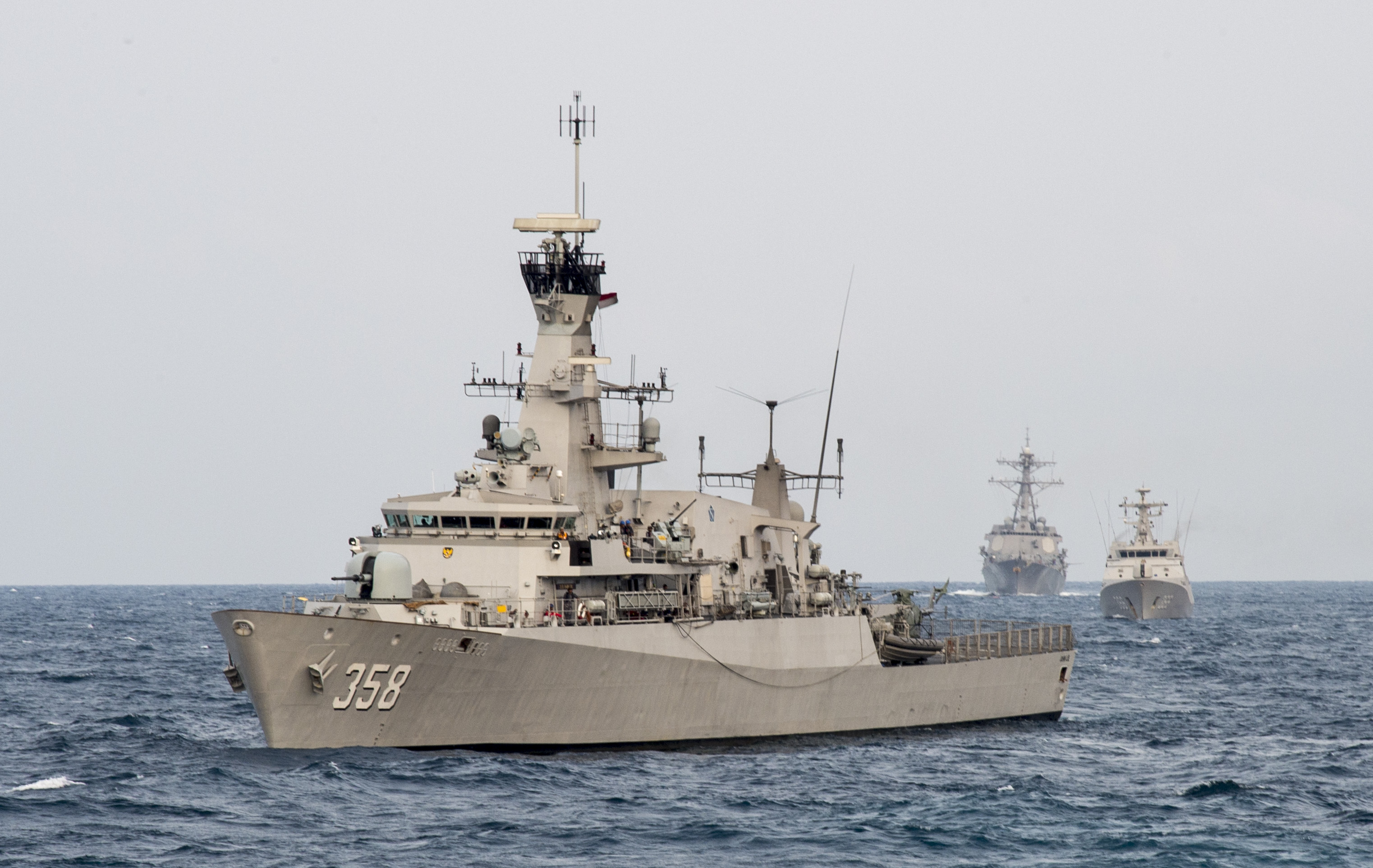