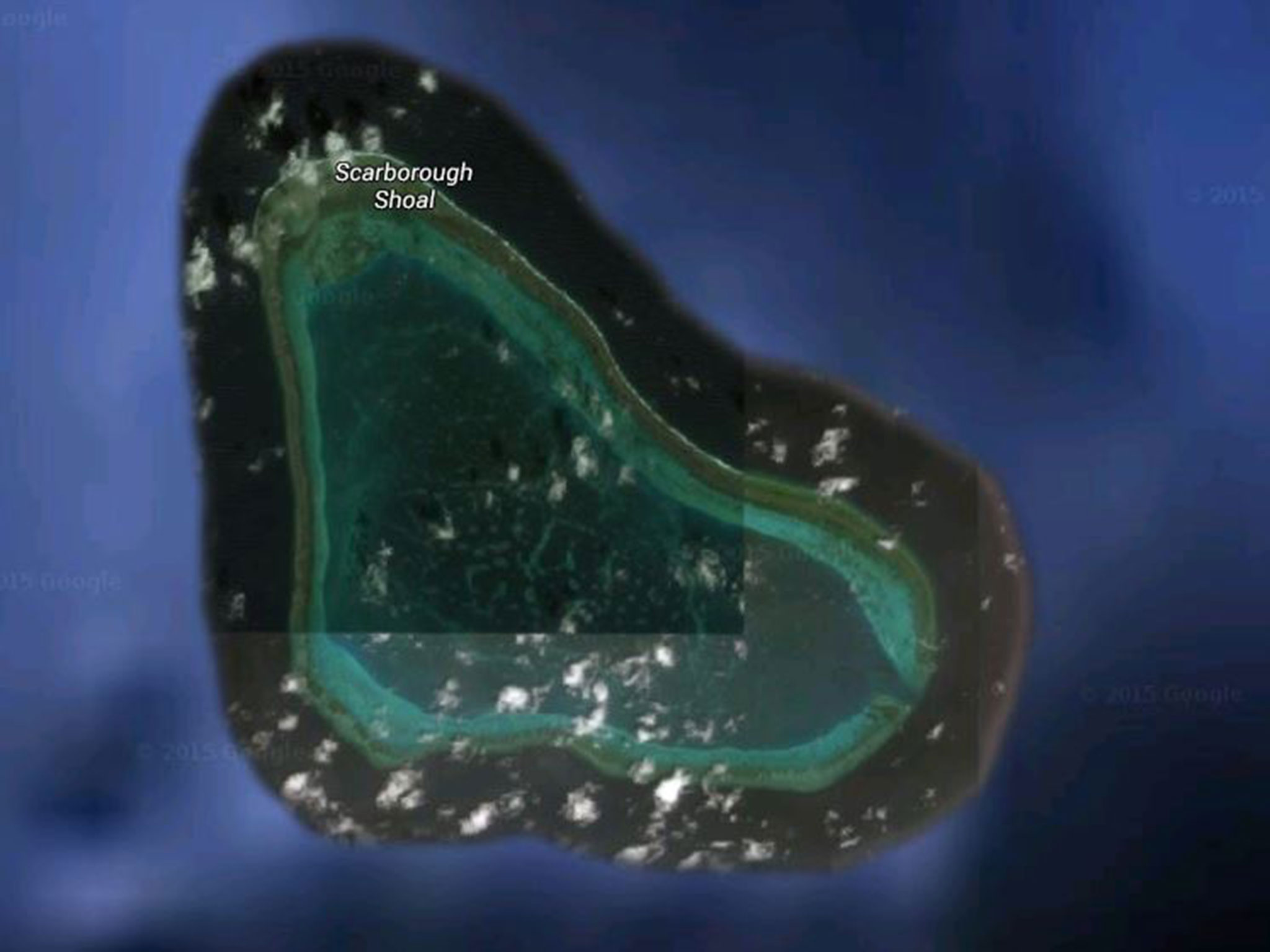 CORRECTION: A previous version of this post had attributed comments made by Justin Nankivell with the Daniel K. Inouye Asia-Pacific Center for Security Studies on April 14, 2016 to James Kraska of the U.S. Naval War College. The post as been amended to reflect the change.

With the United States and the Philippines now conducting joint transits of the South China Sea and conducting joint exercises on the home islands, the newly released Maritime Awareness Project took on an added dimension during its Thursday rollout focused on the region.

The initial kick-off took a look at the implications of the dispute between the Philippines and China over the Scarborough Shoal — now before an international arbitration panel—are very serious, not only for the two nations, but for the future concerning control of other regional choke points, a law professor at the Naval War College told attendees at a program hosted by National Bureau of Asian Research Sasakawa Peace Foundation USA introducing a new maritime project.

Justin Nankivell, with the Daniel K. Inouye Asia-Pacific Center for Security Studies, speaking at the Washington, D.C. rollout, said, while the dispute is not black or white, it “is about a whole range of things,” including what a nation can do inside an Exclusive Economic Zone, from fisheries to exploiting natural resources to whether it is open to transit by sea and air.

Speaking for himself, Nankivell added the reason China is not attending the United Nations court’s hearing on the Spratly Islands is that “it does not have a good case.” There is “no upside for China going.”

Beijing has indicated that it does not believe it is bound by the panel’s decision, expected to be delivered soon.

Rommel Banlaoi, a member of the academic team for the Maritime Awareness Project interactive portal — from the Philippine Institute for Peace, Violence and Terrorism Research—said one side effect of China’s resistance to participate in arbitration for his nation has been a willingness “to embrace the United States” across a broad range of military and security arrangements because of “our fear of a rising neighbor.”

He added he did not expect negotiations between China and Philippines over the Spratlys to begin anytime soon after a ruling.

Beijing is willing to negotiate territorial and other disputes and has done so in the past, Nong Hong, also on the experts’ panel (from the Institute for China-America Studies) but believes in this case it has historical and other precedents to claim control.

In introducing the project, retired U.S. Navy Adm. Dennis Blair, who also served as director of National Intelligence, said in his recent discussions with members of Chinese think-tanks that they believe the “9 Dash Line”—Beijing’s claim to its historic sovereignty over large portions of the South China Sea—means it controls all the islands within that swath of sea.

“That’s what they want.”

Chinese wide-ranging maritime claims “threatens international norms and peace,” said Richard Ellings of the National Bureau of Asian Research, one of the co-reators of the Maritime Awareness Project. The other partner is Sasakawa Peace Foundation USA.

“Maritime disputes are becoming an increasingly common source of conflict,” said M. Taylor Fravel, of the Massachusetts Institute of Technology, and, like Blair, a leader of the project.

“The world’s key decision-makers need the best possible knowledge and strategic analysis. . . . The project [starting with the South and East China seas] will determine the facts in the maritime areas and explain their implications” to the countries directly involved and others,” Ellings said.