Former Bainbridge CO Cmdr. Sean Ronger, XO Cmdr. Brandon Murray and CMC Richard Holmes were relieved from their jobs on the ship April 8, 2016, according to the service

The senior leadership of the guided missile destroyer USS Bainbridge (DDG-96) – the ship best known for its role in the 2009 M/V Maersk Alabama piracy incident off Somalia – was relieved on Friday for tolerating gambling and storage of unauthorized fireworks on its last deployment, USNI News has learned.

The relief of the top three leaders on the ship follows an “investigation into the storage of commercial fireworks onboard the ship in violation of Navy instructions, unlawful gambling aboard the ship contrary to Navy regulations, poor program management and a poor command climate” during the ship’s last deployment, according to statement to USNI News provided by the Navy.
“The investigation found that both [former XO] Murray and Holmes were fully aware of the purchase and storage of fireworks.”

The ship and her crew of about 270 sailors left Naval Station Norfolk, Va., in May 2015 for a seven-month independent deployment to Europe and Africa. The DESRON-led investigation began in February, after the ship returned to Norfolk in December, following an anonymous complaint.

Investigators found Rongers and Murray lead some members of Bainbridge’s wardroom in gambling during a regular poker night that was in violation of Navy instructions. According to the findings, the leaders also dismissed complaints about the gambling from members of the wardroom uncomfortable about the practice. 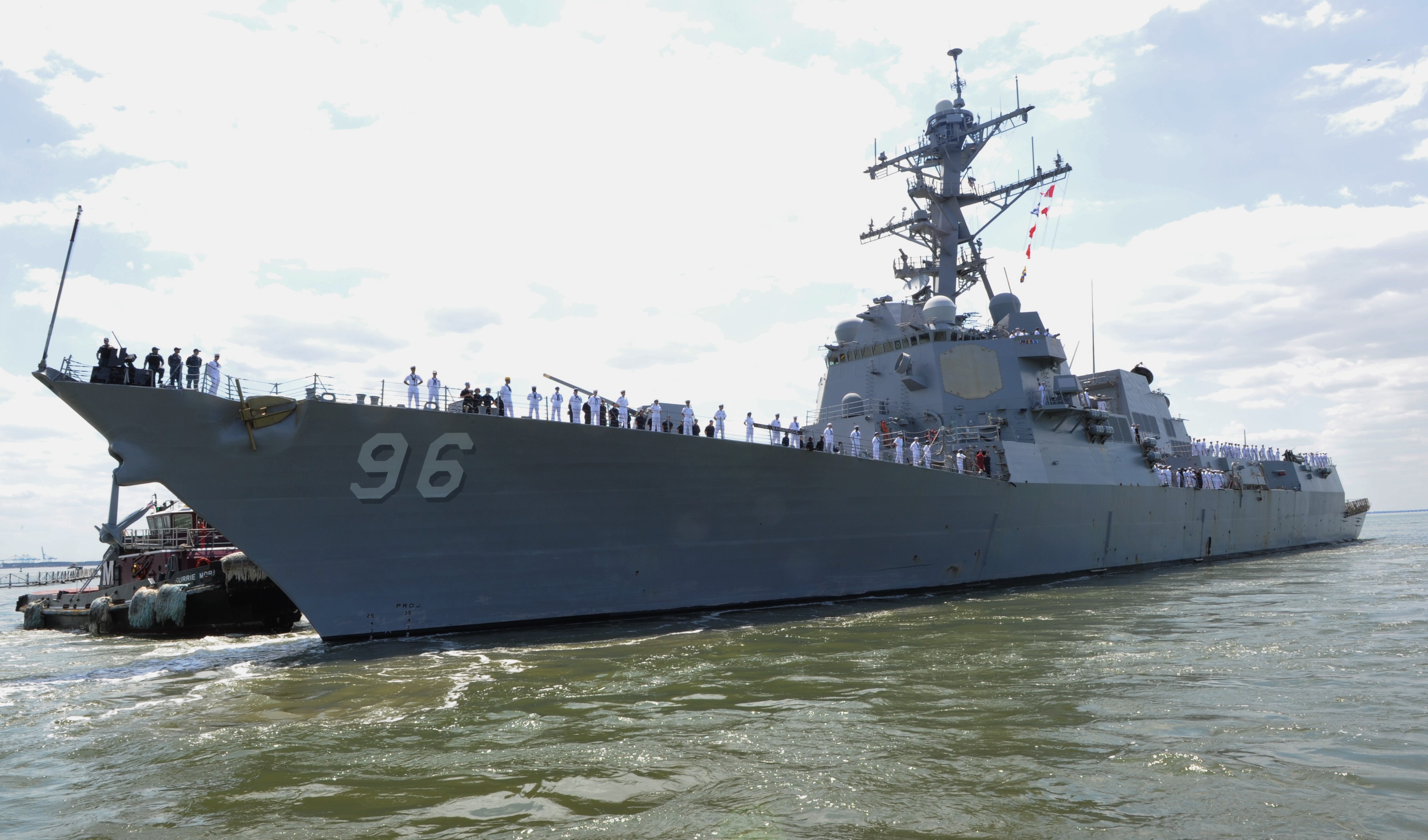 USS Bainbridge (DDG-96) departs Naval Station Norfolk on an independent deployment to the U.S. 5th Fleet area of responsibility on May 3, 2015. US Navy Photo

Rongers, according to his Navy biography that was recently removed from the Navy’s website, is a graduate of The Ohio State University and served primarily on amphibious ships and in land strike and anti-terrorism jobs until becoming the Bainbridge XO in 2013 and CO on Nov. 7, 2014.

Murray is a prior enlisted Operations Specialist who commissioned through OCS in 1998. As an officer, Murray served on destroyers and cruisers and commanded a Mine Countermeasures (MCM) crew serving aboard several Avenger-class MCM ships.

Holmes enlisted out of high school and served at sea on carriers and big-deck amphibious ships. He is a graduate of the Senior Enlisted and the Command Master Chief and Chief of the Boat course in Newport, R.I.

Removal of the entire command triad – the CO, XO and senior enlisted sailor – from a ship is rare in the service. The last instance in which the top three leaders of a ship were replaced all at once was when the triad of USS James E. Williams (DDG-95) was removed at sea during a 2014 deployment.

Following the relief of Rongers, Cmdr. Marty Robertson has been assigned to command Bainbridge and Gas Turbine Systems Technician Master Chief Todd Starks will fill in as the senior enlisted sailor until a replacement is found.

The current XO Cmdr. Patrick Murphy – who reported to the ship in March and was not on the ship’s most recent deployment – will continue in his role onboard the ship.

In 2009 the crew of Bainbridge –commanded by then-Cmdr. Frank Castellano – was instrumental for the release of merchant captain Richard Phillips when M/V Maersk Alabama was seized by Somali pirates in 2009. Bainbridge towed the lifeboat in which Phillips was held and ultimately served as the platform from which a Navy SEAL sniper killed three of the pirates.