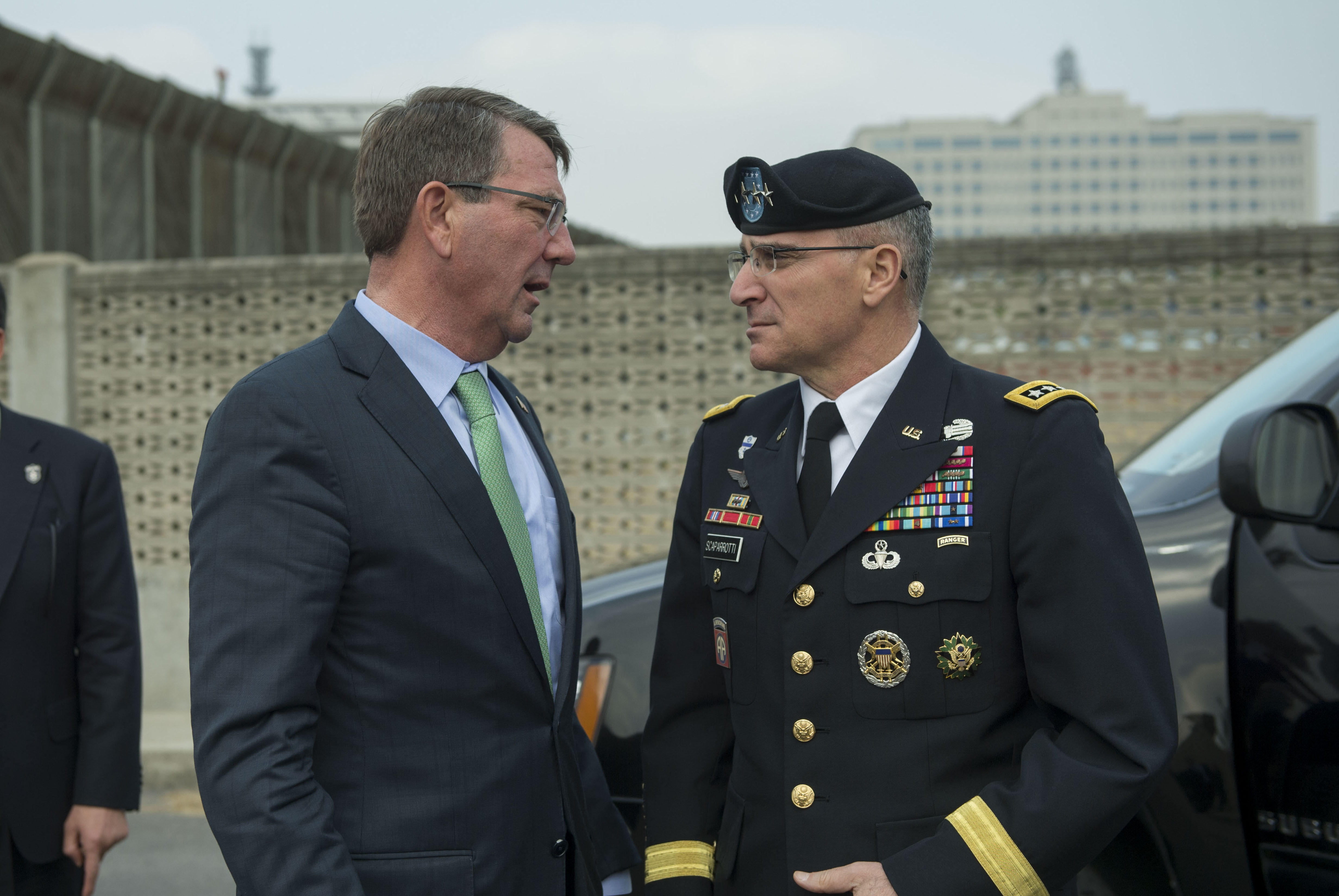 Army Gen. Curtis Scaparrotti was nominated by the president to serve as the next Commander of U.S. European Command and Supreme Allied Commander at NATO.

Scaparrotti, who currently serves as commander of U.S. Forces Korea, would bring a wealth of experience in volatile situations to Europe, which is seeing rising tensions, according to Pentagon leadership.

“General Scaparrotti’s proven leadership over the course of several difficult assignments will serve him well in this critical command,” Defense Secretary Ash Carter said in a statement today.
“From 2011 to 2012, he commanded the ISAF Joint Command during ‘the surge,’ when there were more than 140,000 NATO troops in Afghanistan. … General Scaparrotti’s most recent assignment as Commander, US Forces Korea, further demonstrated his excellence as a soldier-statesman, skills he will need as he works closely with our most trusted Allies and partners in Europe.”

The threats in the region have only increased in the past years and months. In a recent press briefing at the Pentagon, Breedlove told reporters that “Russia has chosen to be an adversary and poses a long-term, existential threat to the U.S. and to our European allies and partners. Russia also seeks to reestablish a leading role on the world stage.” He added that mass migration and terrorism attacks were threatening countries throughout Europe, and tension between Turkey and Russia posed a heightened risk of miscalculation in the Middle East, so the U.S. military is investing more in rotational presence and training with allies to reassure the region.

Retired Adm. Jim Stavridis, who served as Supreme Allied Commander and commander of EUCOM from 2009 to 2013, told USNI News that “Gen. Scaparotti is a perfect choice for the dual jobs of Supreme Allied Commander at NATO and Commander of U.S. European Command. He has deep experience in Europe, a masterful sense of the balance of military and diplomacy, and is a student of history and culture. The challenges facing the NATO Alliance are great – Russia, Libya, Syria, piracy, the Balkans, and cyber – but he is more than ready for the job.”