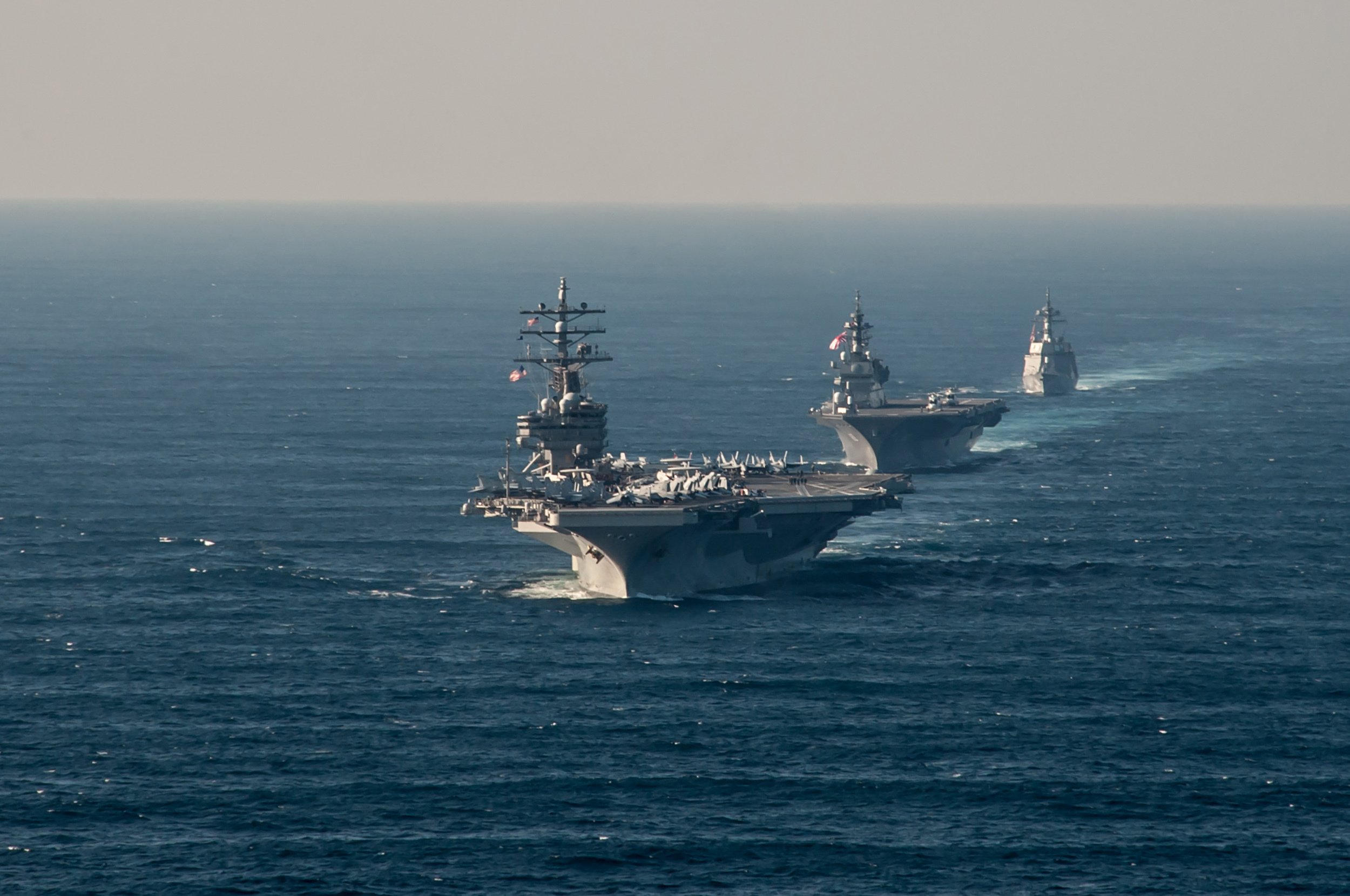 When looking to the future of U.S. and Japanese security “the importance of the periphery to China cannot be overstated,” a former U.S. chief of naval operations said.

Speaking Friday at the Center for Strategic and International Studies, a Washington, D.C., think tank, retired Adm. Gary Roughead, said Beijing views events in the South China Sea, for example, through a lens of historic slights when other nations exercised power and control and a region with major economic consequences for the mainland in terms of food, energy and trade.

As China has grown more powerful economically and militarily, he said when it looks at the South China Sea in a security dimension leaders in Beijing wants “to keep at a distance those capabilities that threaten them.”

Roughead’s points on how China views the South China Sea were voiced by a senior Chinese naval officer at an international conference in London last fall. As reported in Defense News, Vice Adm. Yuan Yubai said, “The South China Sea, as the name indicates, is a sea area that belongs to China. And the sea from the Han dynasty a long time ago where the Chinese people have been working and producing from the sea.” It is an assertiveness that Beijing began publicly expressing in 2010, CSIS seminar participants noted.

While Yuan said that safety of navigation was necessary in these waters, Roughead said Friday, “Our interpretations [of freedom and safety of navigation] are different,” as China continues to reclaim coral reefs and build ports, airfields and install surface-to-air missiles on these artificial islands.

In short, Beijing is trying to make those waters “an internal sea,” a point made several times during the discussion at the seminar on U.S.-Japan security.

Michael Green, senior vice president for Asia and Japan chair at the center, added the fact the Chinese are reclaiming these reefs is “very intimidating to neighbors such as Vietnam and the Philippines.”

An international tribunal is expected soon to rule in a territorial dispute case in favor of the Philippines against China. “We know Beijing is not going to accept” that decision if it favors Manila.

Green said the United States should continue sailing through the South China Sea to demonstrate freedom of navigation and not recognize any nation’s claim to this territory and that other nations such as Japan, Australia and India should do likewise.

In addition to having American naval vessels transit the disputed territory, B-52 bombers overflew the region last fall as a rejection of China’s announcement that aircraft needed to notify it before entering that air space.

Vice Adm. Umio Otsuka, president of Japan’s Maritime Self Defense Force Command and Staff College, said, by taking these steps, China “feels some pressure from us” even as it expands it maritime force and operations from off its shores to the Indian Ocean. He added, “We have many ways and tools” to make this known in Beijing, starting with better sharing and integration of situational awareness between Japan and the United States.

True integration of situational awareness and having “capability and capacity are going to be hugely important” in the evolving relations between the United States, its allies and partners and China, Roughead said.

“We’re beginning to see changes [in] how we deal with China” and also more interest from nations such as Vietnam, the Philippines, Singapore, Indonesia, Malaysia and others in this new American direction, Roughead said.

This increased interest from other nations is “why I believe capacity building” is “a good option,” Otsuka said. Japan has recognized its “manning problem” with an aging population and has compensated for that in the last 10 years by having the self defense force become joint and that has produced some savings.

Tokyo also recognizes its “geographic and geostrategic advantage” in the region and the quality of its defense forces and work force in contributing to the alliance.