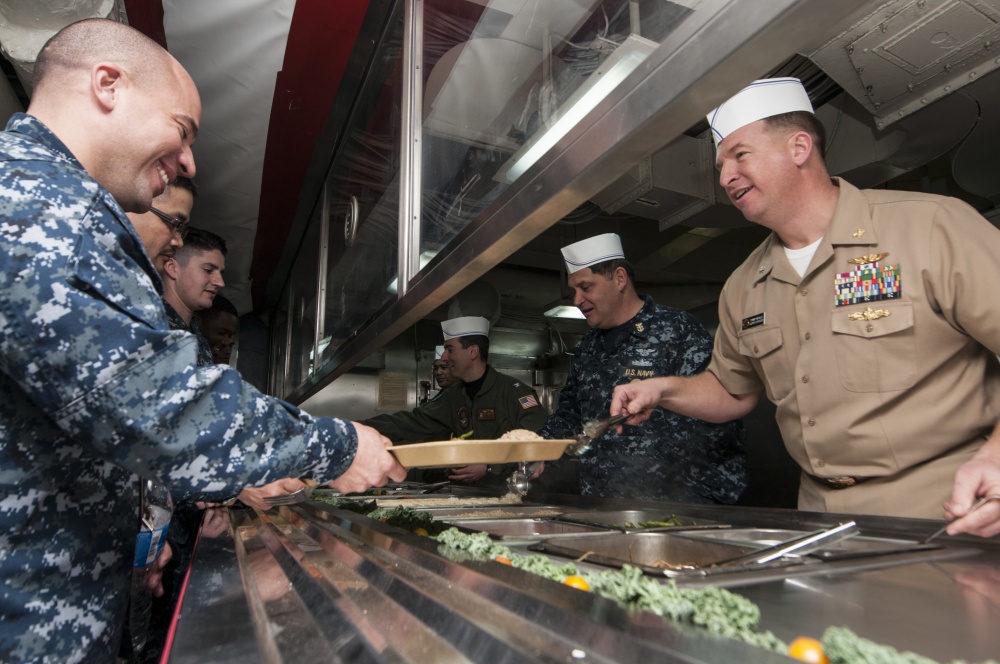 The crew of USS Abraham Lincoln (CVN-72) began moving back on the ship late last week opening galley and berthing areas for use of sailors onboard.
The first phase of crew move aboard comes as the ship is nearing the completion of its $4 billion, four-year-long mid-life refueling and complex overhaul (RCOH) later this year.

“The crew move aboard is a major milestone,” said Lincoln’s Command Master Chief Lee Salas said in the statement.
“Today, we are opening up our berthing spaces and galley and officially returning home. We still have a long way to go, but now we are coming down the home stretch toward delivering this warship to the fleet this fall.”

The RCOH started in early 2013 – six weeks late – amidst an intense debate on funding restrictions as the result of sequestration restrictions from the Budget Control Act of 2011.

When Lincoln completes its overhaul, USS George Washington (CVN-73) will start its own RCOH later this fall.

“I’m immensely proud of the hard work our Sailors have put into getting us to this point. I’m also proud of our teammates from Newport News Shipbuilding (NNS) and the various other contractors that have made this day possible,” said Lincoln skipper Capt. Ronald Ravelo.
“None of us could have done it on our own; today is a true testament to the enduring partnership between the U.S. Navy and our shipbuilder partners.” 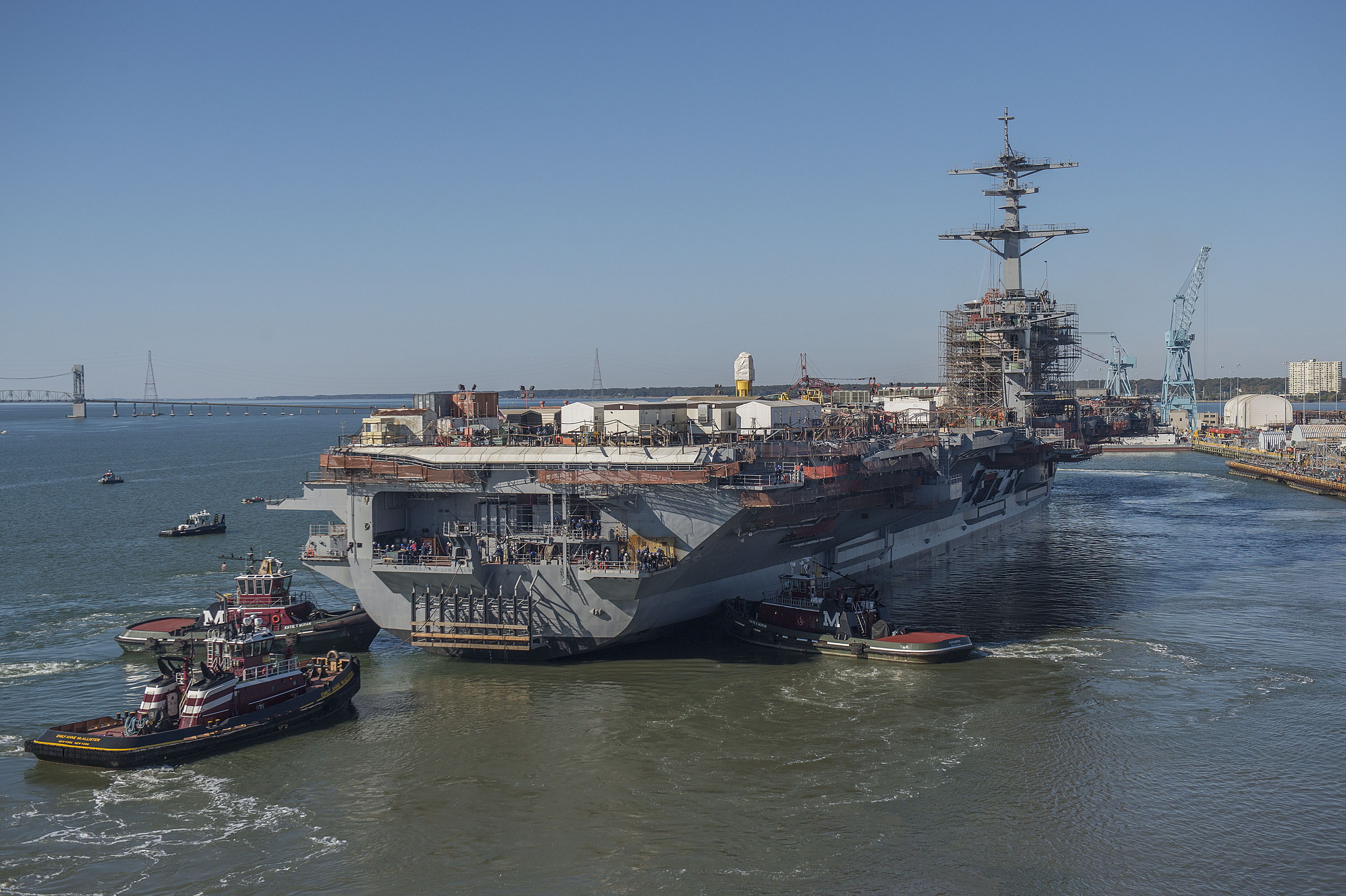 The following is the complete Feb. 29, 2016 statement from the Navy.

CMA marks a major step for the crew as they bring the ship one step closer to completing its refueling complex overhaul (RCOH) and returning to the fleet.
Sailors settled into berthing spaces and enjoyed a special meal in the ship’s newly refurbished Aft Mess Decks to mark the occasion.

“It’s remarkable that we’re here today, cutting the ribbon on the crew’s mess decks and getting ready to sit down and eat the first meal on board with our shipmates,” said Capt. Ronald Ravelo, Lincoln’s commanding officer. “I’m immensely proud of the hard work our Sailors have put into getting us to this point. I’m also proud of our teammates from Newport News Shipbuilding (NNS) and the various other contractors that have made this day possible. None of us could have done it on our own; today is a true testament to the enduring partnership between the U.S. Navy and our shipbuilder partners.”

Nearly 500 spaces were completed by Lincoln’s crew and their NNS counterparts. Work in most spaces included updating electrical and mechanical equipment, replacing furniture and decks, painting, and readying the ship for another 25 years of service to the fleet.

In addition to some Sailors moving aboard, special opening ceremonies were held for the ship’s store, barbershop, Morale, Welfare and Recreation spaces, post office, and cardio gym.

“It is all about taking back our spaces and getting back to work as if we were at sea again,” said Ship’s Serviceman Seaman Temarcus Jones, who provided the barbershop’s first haircut to the command master chief. “I am looking forward to Sailors coming in for a trim and the getting closer to the normal living and working routine aboard the ship.”

Ravelo added that CMA event is the most visible signal that Lincoln is coming back to life and ready to provide for its Sailors.

“The ability to berth and mess the crew means we’re one step closer to getting underway in order to meet operational commitments,” he said. “For many of my Sailors, the ability to live aboard a Navy warship is an experience that is both new and exciting. This is why they joined the Navy — to be a part of this crew, live aboard this ship at sea, and bring sustained combat power from the sea wherever it might be needed.”

Lincoln is currently undergoing RCOH at Newport News Shipbuilding, a division of Huntington Ingalls Industries. Once RCOH is complete, Lincoln will be one of the most modern and technologically advanced Nimitz-class aircraft carriers in the fleet and will continue to be a vital part of the nation’s defense.