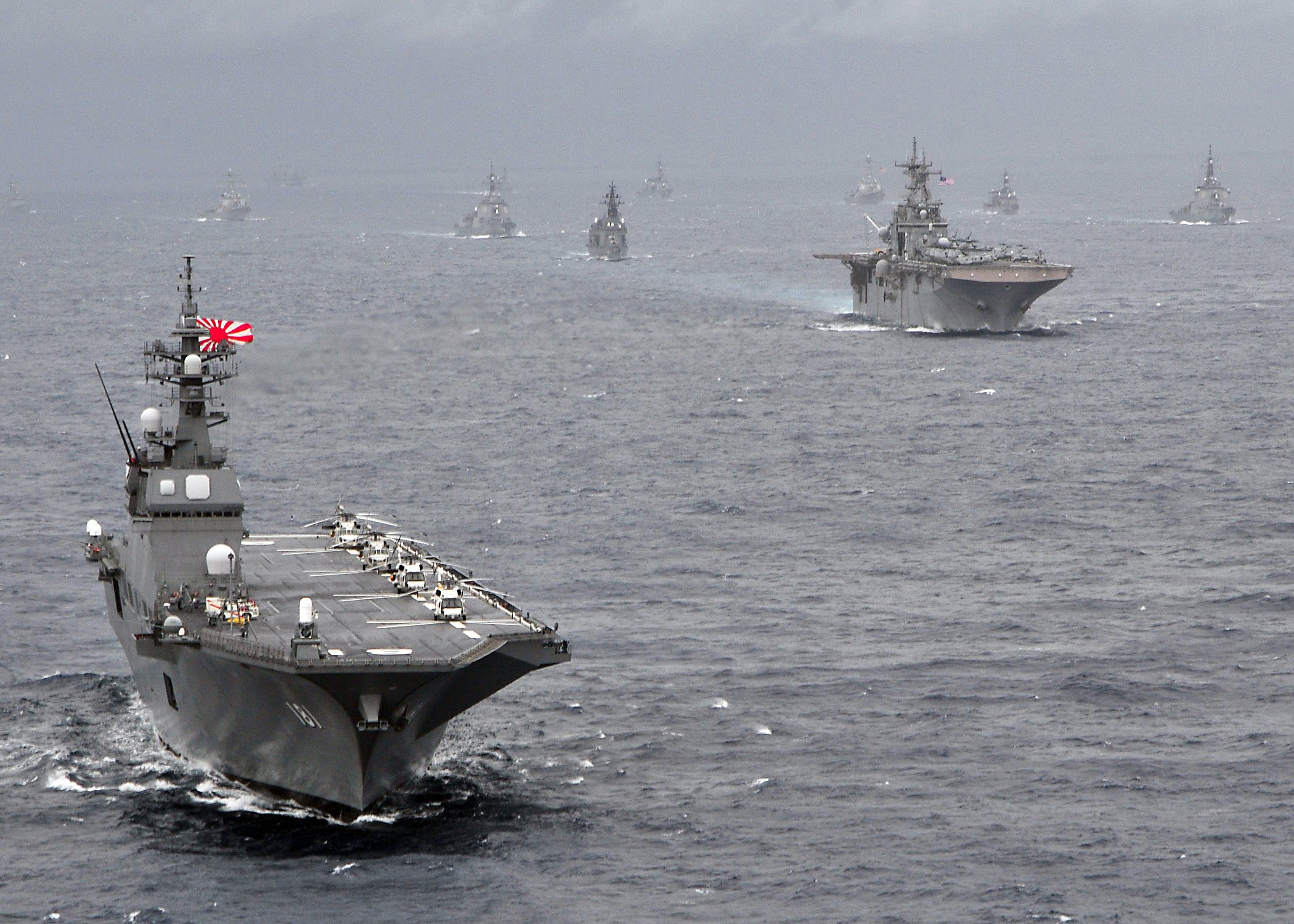 Leaders in Tokyo are now asking themselves more often what the United States would do if faced with simultaneous crises in the Middle East and the South China Sea, or on the Korean Peninsula, to keep the oil flowing to its industries, a leading Japanese foreign policy expert told a Brookings Institution forum Wednesday.

Kuni Miyake, president of the Foreign Policy Institute, said in answer to a question that the “real issue is if China wants to keep the status quo . . . or change it” in keeping the sea lines of communications open in the South China Sea and the Indian Ocean.

Realizing that more than 80 percent of its oil comes from the Middle East has long been a factor in how Japan views the region, Miyake and other speakers noted at the Washington, D.C., event; and the United States and Tokyo do not have identical interests in what happens there.

Although Japan does hosts the U.S. 7th Fleet and pays some of those costs, Tokyo and the United States “should do more than [than] divide the bill” and call it burden-sharing as China’s military and economic power rises.

Miyake, in his presentation, said “the land border of China is secure now.” For Beijing, “the threat comes from the sea” to its coastal industries and financial centers as it views the U.S.-Japan security alliance. The Chinese saw the United States send two aircraft carriers and an amphibious assault ship to Japan to help relief efforts in the immediate aftermath of the 2011 tsunami as an example of how it can exercise power. This view of the United States is occurring for the second time in China’s long history in which it is undergoing a naval and maritime expansion.

China, too, is concerned about keeping those sea lines open for its own trade and energy interests, Yukiko Miyagi of St. Andrews University said. Looking away from the Pacific and Indian oceans, she said Japan “wants to keep [the Middle East] calm” as a policy.

She said Japan’s policy toward the Middle East—from the Arab-Israeli conflict to what to do about Iran’s nuclear program to backing the American effort in Iraq—has “zig-zagged over the years.”

Miyake said historically Japan has not been a major actor in the region; and although its self-defense force is growing, Tokyo cannot project power in the Middle East at the same time as China is exerting greater influence in the waters surrounding the home islands. He said even accepting that reality in Tokyo, the “Middle East and East Asia is becoming one theater of operations” for a number of nations, including Japan and China.

“If you want to be a Pacific power, you have to be in the Middle East.”

In some ways China is starting to do that, Tamara Wittes, an expert on the Middle East at Brookings, said, noting Beijing’s commitment to anti-piracy operations off the Horn of Africa.

Following the American invasion of Iraq in 2003 and the upheavals following the “Arab Spring” of 2011, “there really aren’t any anchors” in the region now, she said.

“The fight now is what is the state for,” and lies at the heart of the civil wars in Syria, Libya and Yemen. Those civil wars now involve regional powers—Iran and Saudi Arabia—and external ones, such as Russia, as well.

The big question to those living in the Middle East is “who rules and who decides who is to rule,” Wittes said.

Whether the United States is capable of providing some answers “is the big question . . . on the table.” Even with its partners in the region, the United States is not always in agreement. She cited how the Sunni states, particularly Saudi Arabia, view the Iran nuclear deal as damaging their interests or whether the top priority in the Middle East should be defeating the Islamic State or holding back Tehran’s regional ambitions—or even whether a society should open its political system or shrink it.

The United States’ defining destruction of the Islamic State in Iraq and Syria (ISIS or ISIL) is far larger than fighting a terrorist group, even a sophisticated but small one like al Qaeda, Byman pointed out. Even if the Islamic State stopped using terror tactics—as seen in the Paris and San Bernardino attacks—it would still remain a force in the Middle East and beyond. Nine-five percent of its effort goes into “building a state the old-fashioned way, conquering territory, taxing,” establishing order and delivering services, he said.

He suggested several areas where the United States and Japan could work together: Training border security forces in the Middle East and assisting Turkey and Jordan in dealing with the millions of refugees they have from Syria.

In answer to a question, Miyake said business leaders in Japan look at the Middle East and Iran, once its largest supplier of oil, with renewed interest despite the turmoil. “If there’s an opportunity, you will invest.”

Miyagi believes they would be more cautious about investing in Iran especially, remembering how Tehran seized control of a refinery built by the Japanese. With a smile, she added, “Japanese are very famous for [being] workaholics” and the very different Middle Eastern attitudes could lead to “cultural friction.”