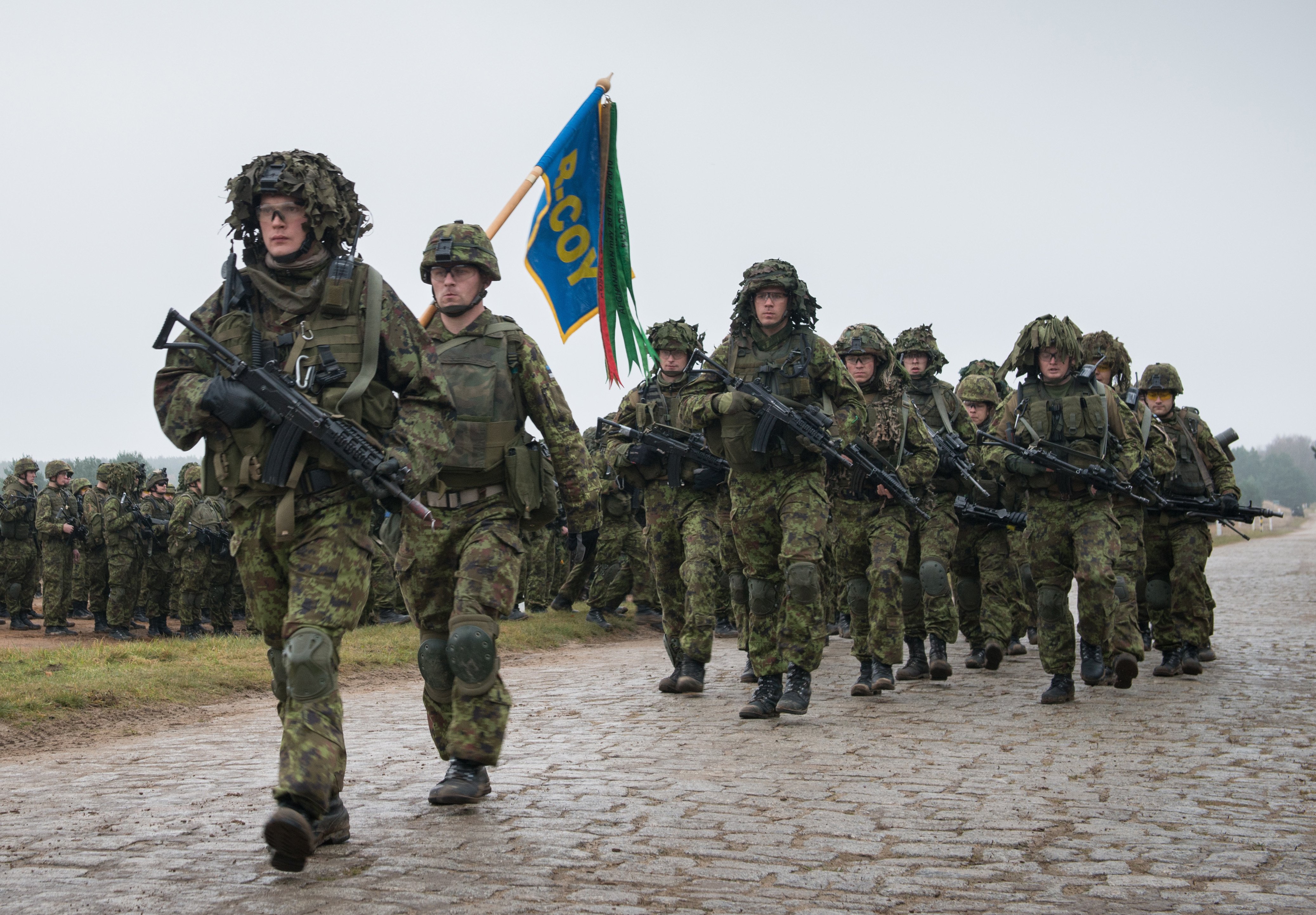 A leading analyst on NATO policy called for the alliance to place a permanent military presence in Baltic member states as a hedge against a more active Russian military.

Speaking Tuesday at the Heritage Foundation in Washington, D.C., Jorge Benitez of the Atlantic Council said that so far NATO’s response in its exercise of military preparedness to Moscow’s threats against Estonia, Latvia and Lithuania, in particular, and other front line states, in general:

Using the alliance’s Trident Juncture exercise last year as an example that involved about 30,000-40,000 NATO forces, “Russia sees over 80,000-100,000 deployed” in exercises calling for movement in 24 hours, marking a difference in scale and speed.

He called for a permanent military presence in the Baltic States to “show there are no second-class members” of NATO. That presence could be met with the establishment of the European equivalent of the National Training Center at Fort Irwin, Calif., with a permanent Opposing Force to train the alliance’s armored forces, as well as first-responding light forces, which would have to meet a conventional military crisis on the continent.

Benitez also said NATO should give back to the Supreme Allied Commander Europe (SACEUR) the flexibility to use “the crisis management power he had before,” that was used to train and use the Rapid Response Force in the wars that followed the break-up of Yugoslavia in the mid 1990s.

As for taking care of their own security needs, he suggested that the three Baltic countries contribute a battalion and Poland a brigade for a new rapid-response force under SACEUR’s authority.

Marius Laurinavicius, a Lithuanian defense analyst now at the Center for European Policy Analysis, said, the real Russian threat is conventional, not hybrid warfare as is being seeing in Ukraine. He added Moscow’s military actions in Georgia in the recent past and Syria now “are very different” from what many NATO leaders believe will happen.

NATO leaders cite Russia’s disruption of Estonia’s communications in a dispute a few years ago as an example of its willingness to use hybrid warfare in the Baltic rather than conventional military force to get its way. He dismissed that thinking by saying “I don’t think so.” What Moscow actually did then was “disrupt lives for several days or a week or so” and ran the risk of retaliation for little gain, a situation it would face in the future.

Putin’s Kremlin is “is really opportunistic” and willing to take advantage of the moment to advance its interests—such as opening a corridor to the Russian-speaking enclave at Kaliningrad, a large seaport on the Baltic between Poland and Lithuania.

He said another key difference between the Baltic nations and Ukraine, in addition to their membership in NATO, is “we are ready to fight . . . ready to fight back” conventionally and in hybrid warfare, having changed their laws to better respond.

Even in a conventional conflict where NATO reinforcements would be slow to arrive, Russia would face military challenges, Luke Coffey of Heritage said in answer to a question: “Things do start to go wrong” as they did in 2008 in Georgia when its forces had not reached Tbilisi in a week. “I think sometimes we give the Russian military too much credit.”

Ann-Sophie Dahl of the Center for Strategic and International Studies said although the Baltic nations— about the size of Missouri in territory and population—are largely isolated from the rest of NATO by geography, they are covered by Article 5 of the treaty. The article says if one nation is attacked the others will respond. Sweden and Finland, two non-aligned nations, “don’t get the same guarantee.”

“There’s real aggression in the Baltic Sea” with Russian overflights and submarine patrols, she added, noting that Moscow is doing that at the same time as it is carrying out air strikes in Syria.

As for Sweden and Finland joining NATO, “we shouldn’t expect to change that any time soon,” but both are talking with the alliance and its members on how better to cooperate in shared defense.

“You really need to have the troops on the ground” in the Baltic to deter and defend, Coffey, who served as an infantry officer, said. He asked “When are we going to train on sending tens of thousands of troops” to Europe to exercise on the military equipment we have re-positioned on the continent in the wake of Russia’s seizure of Crimea, meddling in Ukraine and threats to the Baltic states?