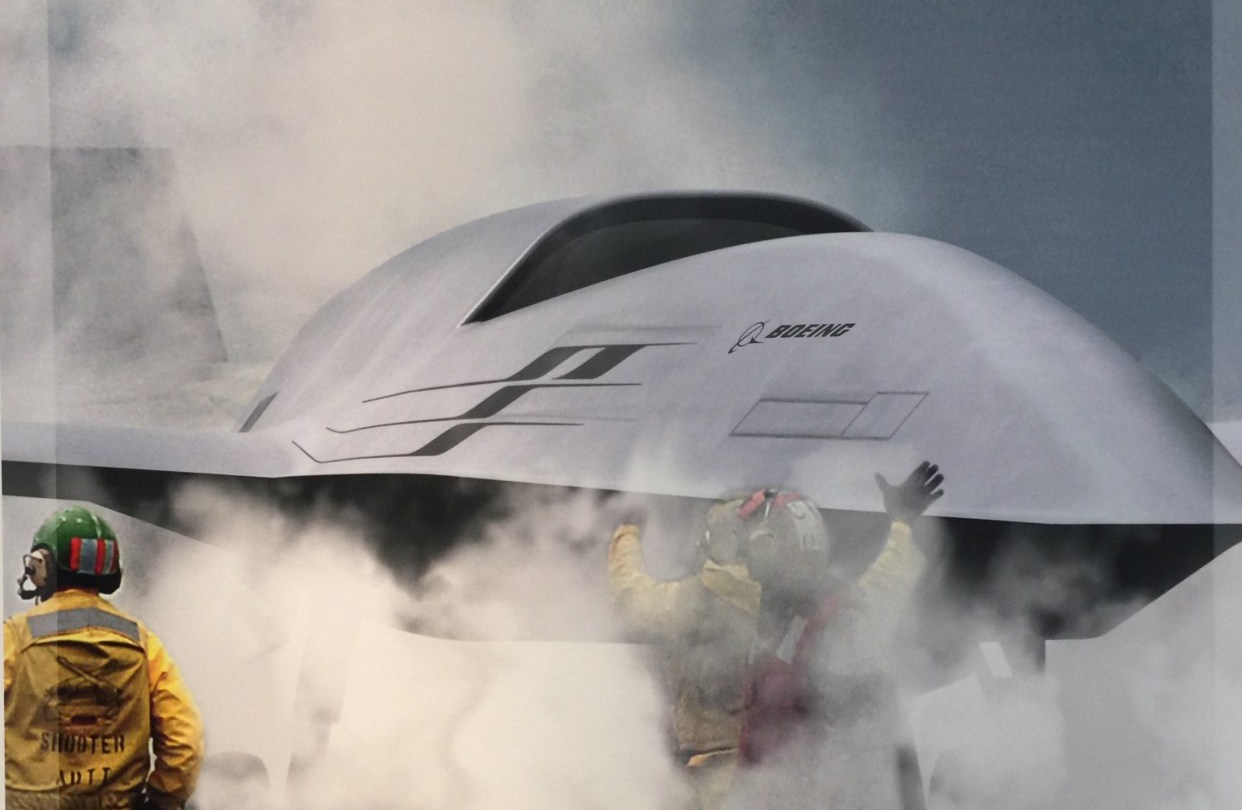 This post has been updated to include additional comments from the Office of the Secretary of Defense.

Naval Air Systems Command is set to release a new draft request for proposal for its unmanned aerial refueling tanker to industry later this year, USNI News has learned.

Built from the work of its Unmanned Carrier Launched Airborne Surveillance and Strike (UCLASS) program, the draft RfP for the air segment for the follow-on Carrier Based Aerial Refueling System (CBARS) will come out ahead of the a final RfP in FY 2017 and a contract award in FY 2018, according to several sources familiar with the program.

NAVAIR will oversee the continuing development of the control system and connectivity efforts of the RAQ-25 unmanned aerial vehicle (UAV) program — the original Navy designation for UCLASS that will carry over to CBARS, Rear Adm. William Lescher, the deputy assistant secretary of the Navy for budget said in a Tuesday afternoon briefing at the Pentagon.

The Navy expects to field CBARS in the 2020s.

Spokeswoman Jamie Cosgrove confirmed to USNI News NAVAIR will be the “lead systems integrator” for the connectivity and control system and referred questions on the air segment to the Office of Secretary of Defense.

“No decision has been made at this time,” OSD spokesman Air Force Lt. Col. Eric Badger told USNI on Thursday. Badger said the Navy has yet to present its CBARS acquisition strategy to the Pentagon’s chief weapons buyer Frank Kendall.

During Lecher’s presentation on Tuesday the service outlined the shift in the program from in primary mission of the aircraft from a lightly armed, information, surveillance and reconnaissance (ISR) unmanned aerial vehicle that would orbit around the carrier strike group into primarily an aerial refueling tanker.

“I would cite as the main difference was penetrating strike, non-permissive ISR. So it was a much more aggressive increment of capability just to get that platform at the same time as that was going to be the platform to develop the learning of how to operate unmanned off-the-carrier big deck,” he said.
“The real value of this restructure is that it incrementally gets at the manned/unmanned interface and operation on the carrier deck in the air wing by the mid-20s… It’s a smart acquisition approach to incrementally burn down that risk and then, as I mentioned, we’ll continue to look at developing additional capability.”

The new direction for carrier UAVs was born from a Pentagon-wide strategic program review – led by Deputy Secretary of Defense Bob Work — that evaluated the entire Department of Defense ISR portfolios and stalled the release for the RfP for the then-UCLASS program. The results of the SPR led to the program restructure by the Office of the Secretary of Defense (OSD) and the Navy for the FY 2017 budget submission.

Prior to the SPR, the Navy was set to release a RfP only to four companies – Boeing, General Atomics, Lockheed Martin and Northrop Grumman – for the UCLASS air segment amidst intense congressional scrutiny over the direction of the airframe.

“Developing a new carrier-based unmanned aircraft that is primarily an ISR platform and unable to operate effectively in medium- to high –level threat environments would be operationally and strategically misguided,” McCain wrote in March.

The UCLASS program itself was an adaptation of the Unmanned Combat Air System (UCAS) that the Navy was directed to pursue as part of the 2006 Quadrennial Defense Review (QDR).

UCAS was proposed to be a deep strike unmanned system with characteristics of a stealth aircraft that could strike deep into an adversary’s territory at ranges that could not be matched by current manned strike aircraft.

The program was shifted to UCLASS to emphasize a counterterrorism mission in 2011.

A pair of Northrop Grumman X-47B UCAS-Demonstrator aircraft – built with stealth characteristics – were used by NAVAIR to conduct the first carrier landing of a UAV in 2013.