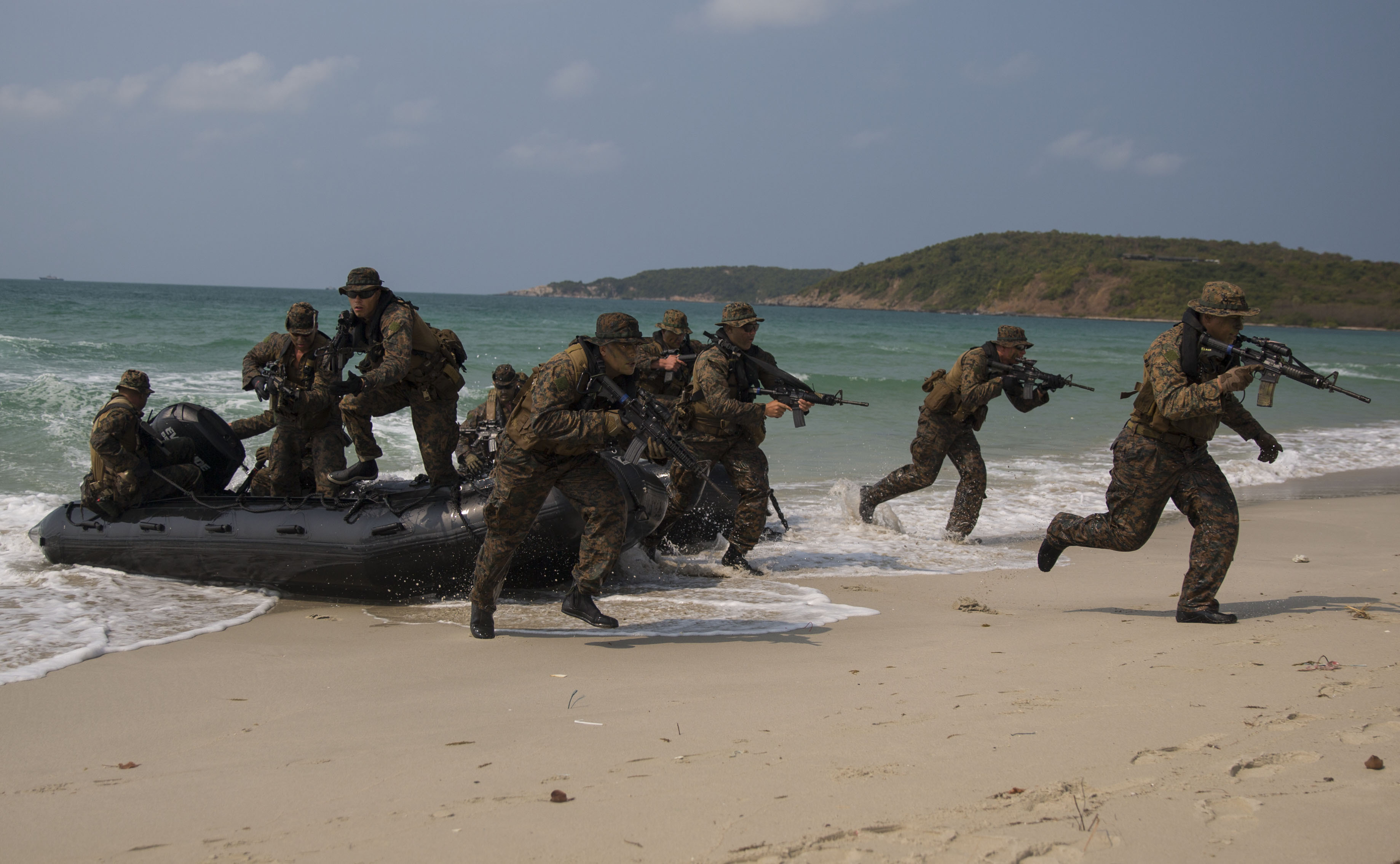 The annual Thai-U.S. Cobra Gold 2016 exercise will kick off Tuesday with lower troop totals than last year and an emphasis on non-combat training.

The U.S. has continually reduced its troop presence for the annual bilateral exercise following the 2014 military coup of the Thai government.

“This year, Cobra Gold will strengthen regional cooperation and collaboration, increasing the ability of participating nations to work together on complex multilateral operations such as counter-piracy and the delivery of humanitarian assistance and disaster relief,” read the release from the Marines.
“This year’s Cobra Gold will consist of three primary events: a command post exercise, which includes a senior leader seminar; humanitarian civic assistance projects in Thai communities; and a field training exercise that will build regional relationships.”

Under U.S. law, American forces are limited in what exercises they conduct with a nation that has overthrown a democratically elected government – specifically under the U.S. Foreign Assistance Act, countries cannot receive aid other than for democracy promotion if the head of state has been deposed by a military coup d’état.

U.S. officials have “made clear our unwavering friendship and support for the Thai people, as well as our hopes for the country’s return to democracy as soon as possible so we can restore our bilateral relationship to its full potential,” senior U.S. State Department official W. Patrick Murphy said earlier this month.
“Still, we can’t deny that this period is a challenging one for us all, and has necessitated a modified Cobra Gold exercise this year as Thailand manages its return to elected, civilian-led government.”

Included in this year’s exercise will be training based on lessons learned from the U.S. Marines who responded to the May 2015 earthquake in Nepal. Six Marines died in a helicopter crash as part of the relief mission.