Several sources confirmed to USNI News that the crews of the two boats, assigned to Coastal Riverine Squadron 3, had misjudged their location when they mistakenly strayed into Iranian waters off of Farsi Island in the middle of the Persian Gulf on Jan. 12 while trying to meet a ship for refueling. The sources said the mistake was a result of human error, not a failure in navigation systems.

During the voyage leadership on the RCBs made an unplanned course change during the transit in route to a refueling stop with with USCGC Monomoy (WPB-1326) at about the midway point of the trip.

The crews of the boats were determining their position and repairing a mechanical problem with one of the boats when forces from the Islamic Revolutionary Guard Corps Navy (IRGCN) – the units responsible for costal defense in Iran – interdicted the U.S. RCBs and took both the boats and their crews to Farsi Island. Diplomatic efforts from the U.S. Secretary of State John Kerry prompted their release after 16 hours.

The general route, commonly used by the small riverine boats used by the Navy to patrol close to shore, comes only within a few miles of the 12 nautical mile territorial buffer around Farsi Island – located in middle of the narrow and heavily trafficked Persian Gulf, USNI News understands.

“The planned transit path for the mission was down the middle of the Gulf and not through the territorial waters of any country other than Kuwait and Bahrain,” according to a Jan. 18 timeline of events from U.S. 5th Fleet.

U.S. Navy 5th Fleet spokesman Cmdr. Kevin Stephens would not comment on the navigational error and told USNI News that the incident is currently under an administrative investigation by Commander, U.S. Naval Forces Central Command.

“It is ongoing,” he said.
“There is no timeline for completion.”

According to the Jan. 18 timeline from U.S. 5th Fleet, the investigation will “determine what caused the change in course and why the RCBs entered into Iranian territorial waters in the vicinity of Farsi Island.” 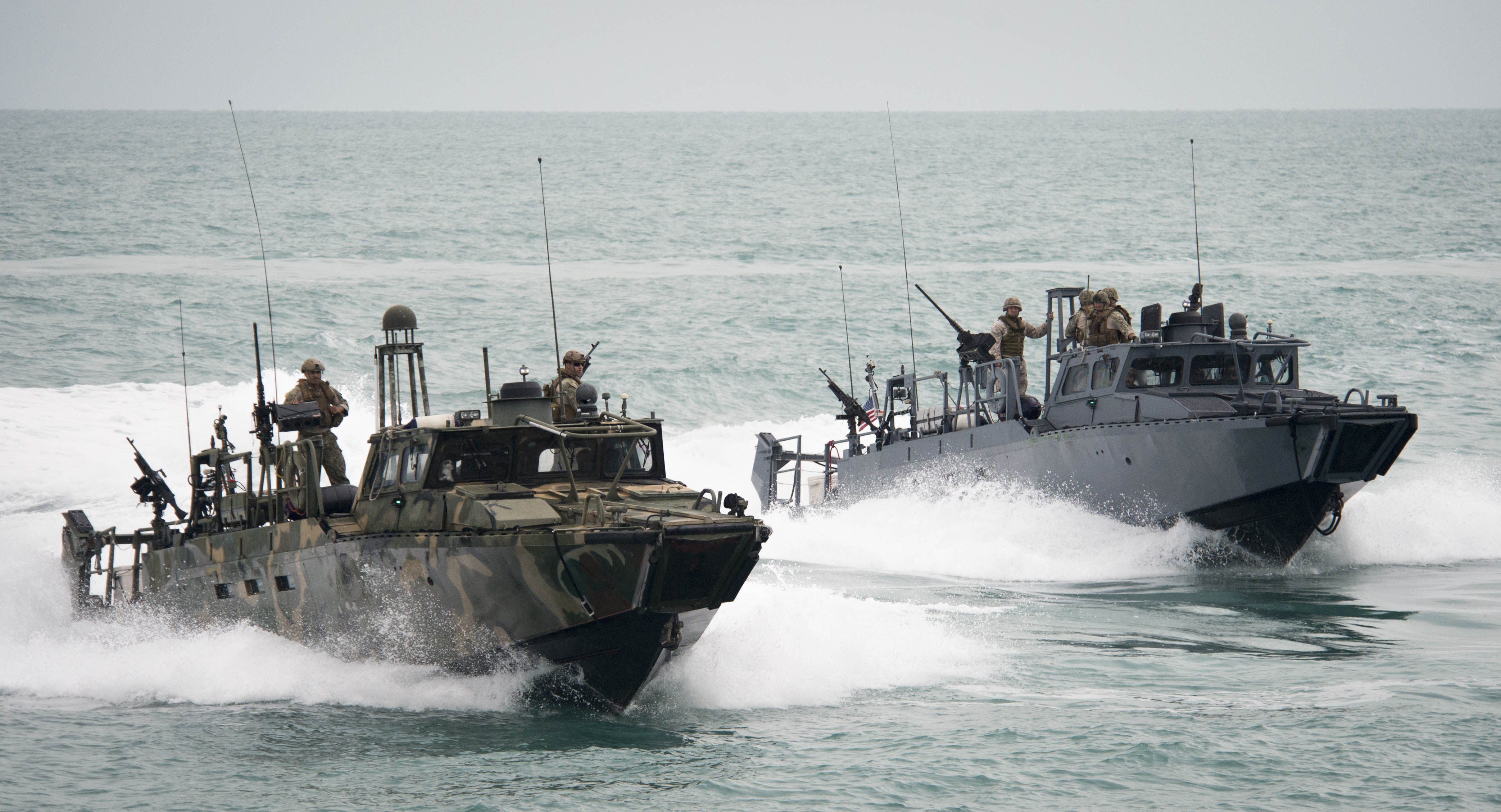 Riverine Command Boats (RCB) 802 and 805 participate in a bi-lateral exercise with Kuwait naval forces in the Persian Gulf in 2015. US Navy Photo

The revelation of the navigation error on behalf of the Navy crew deflates widespread speculation that Iranian forces had somehow confused or provided incorrect information to the RCB’s navigation systems.

Iran has proved the capability to “spoof” U.S. navigation systems – notably in how an Iranian cyber warfare unit deceived the navigation of an U.S. Air Force RQ-170 Sentinel unmanned aerial vehicle into landing in Iran.

However, there is no evidence similar techniques were used in the Farsi Island incident, sources said.

While the error on the part of the sailors prompted the interdiction by the IRGCN, the conduct of the Iranians is arguably a violation of maritime law, James Kraska, professor in the Stockton Center for the Study of International Law at the Naval War College, told USNI News on Thursday.

Under the U.N. Law of the Sea Convention – of which Iran is a signatory – the IRGCN forces could challenge a ship in their territorial waters operating under the concept of innocent passage but went over the line in drawing weapons, detaining the crew and seizing the boats, Kraska said.

The lack of U.S. reaction internationally to the seizure – which occurred mere days before the implantation of the long negotiated nuclear treaty with Iran – creates a troubling precedent for U.S. operations in the future, he said.

Kraska compared the severity of the Farsi Island incident to when in 1986 Libyan forces of under Muammar Gaddafi fired missiles at U.S. Navy fighters operating in the Gulf of Sidra across the so-called “line of death” 64 nautical miles off the Libyan coast and the 1988 Black Sea bumping incident in which a Soviet Navy surface ship rammed a U.S. warship conducting an innocent passage in Soviet territorial waters.

In both cases, the U.S. raised a hue and cry internationally complaining of the violations Kraska said have not been echoed in the aftermath of the current incident.

“Why wouldn’t there be any reaction to this incident [on the part of the U.S.]?” Kraska said.
“Other countries now understand there’s going to be no reaction to the similar incidents in the future.”
As to the sailors, they arrived at their homeport in San Diego this week and recently conduct “reintegration” before adding their stories to the ongoing investigation.