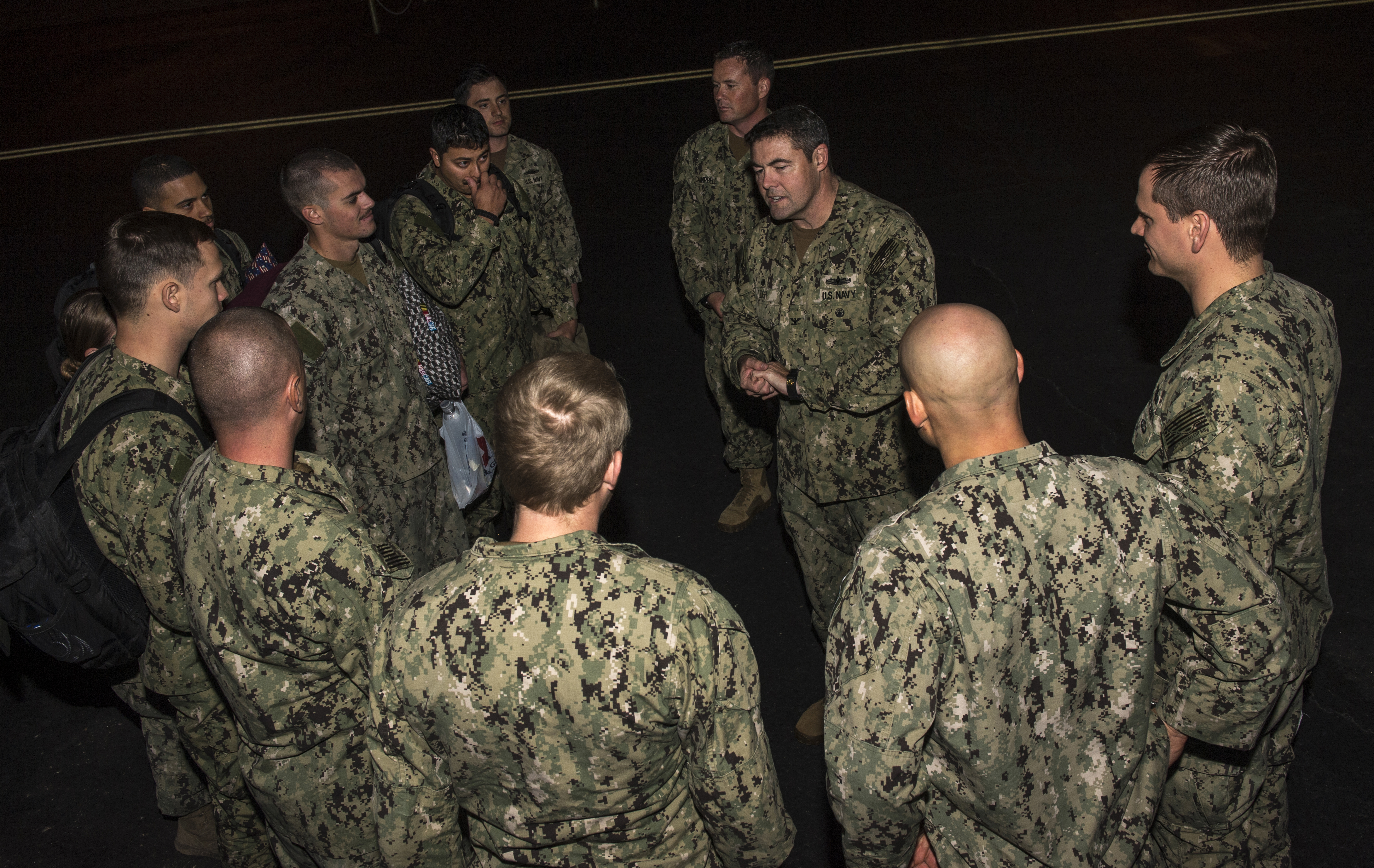 The 10 Navy sailors who were detained by Iran have returned to San Diego to be reunited with their families and continue debriefings in a Navy investigation.

The Coastal Riverine Squadron 3 sailors are in good health and will soon complete the final phase of their “reintegration” after being held by the Iranian naval forces from Jan. 12 to 13. In that final phase which can last several days, sailors reunite with their families, continue debriefings, and receive any ongoing medical care and support as necessary, according to a Navy statement.

“Our sailors are being reintegrated with dignity and professionalism,” Rear Adm. Frank Morneau, Commander of Navy Expeditionary Combat Command, said in the statement.
“My top priority is the health, welfare and well-being of our shipmates as they return to duty.”

The first phase of reintegration was to ensure the immediate health and safety of the 10 sailors. In the second phase, individuals completed a medical exam and critical decompression, which included mental and physical coping strategies that will enable them to return to duty.

The debriefings will help inform a Navy command investigation that was initiated on Jan. 14. According to a preliminary timeline of events the Navy released based on early debriefings, two NAVCENT Riverine Command Boat (RCB) crews were tasked with the mission of relocating two RCBs from Kuwait to Bahrain, with a planned refueling en route alongside the U.S. Coast Guard Cutter Monomoy. They departed Kuwait at 9:23 a.m. (GMT) on a planned path down the middle of the Persian Gulf and not through the territorial waters of any country other than Kuwait and Bahrain. At approximately 2:10 p.m. NAVCENT received a report that the RCBs were being queried by Iranian; at 2:29 p.m. NAVCENT was advised of degraded communications with the RCBs, and at 2:45 p.m. NAVCENT was notified of a total loss of communications with the RCBs.

A screenshot from video Iran released of the detention of two U.S. Navy riverine command boats and their five-man crews.

NAVCENT immediately initiated an intensive search and rescue operation using aircraft from USS Harry S. Truman (CVN-75) and the U.S. Air Force, and U.S. Coast Guard, U.K. Royal Navy and U.S. Navy surface vessels. At 6:15 p.m., U.S. Navy cruiser USS Anzio (CG-68) received a communication from the Iranians that the sailors were in Iranian custody and were “safe and healthy.”

The RCBs were escorted at gunpoint to a small port on Farsi Island, where the sailors were detailed for about 15 hours. The Navy command investigation will focus on the sailors’ treatment while in custody, though the Navy’s timeline said there was no indication the sailors were physically harmed during the detainment. The sailors and their boats were released the next morning, with the Iranian naval forces returning all equipment except two SIM cards from handheld satellite phones, according to the preliminary timeline.