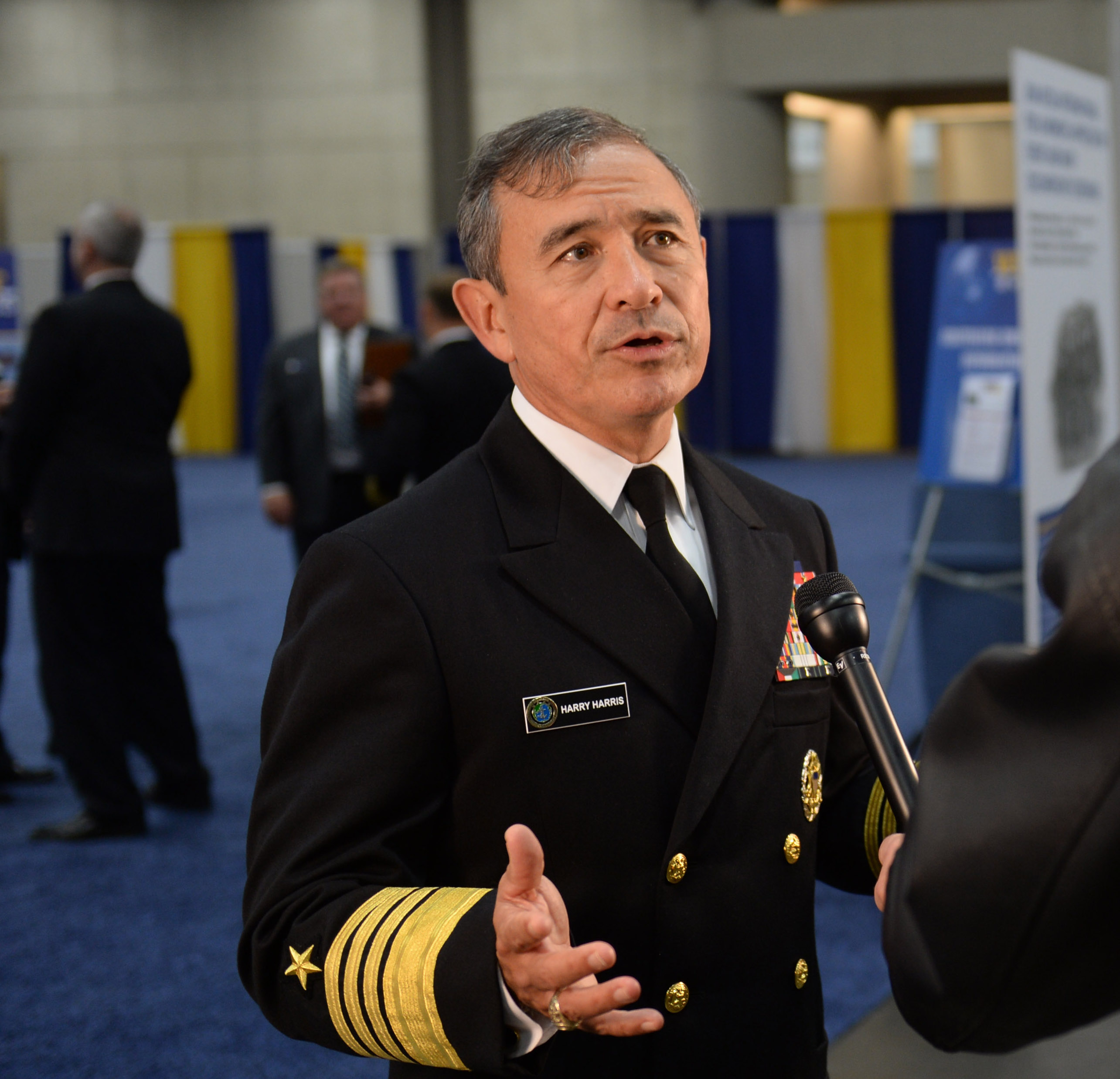 Calling freedom of navigation “a matter of fundamental principle” to the United States, the top military officer in the Pacific said that more operations in the South China Sea not only will continue but will become more complex.

Adm. Harry Harris, commander of Pacific Command, said in answer to a question Wednesday, “I believe the [USS] Lassen [operation] did challenge some of China’s claims.” He told the audience at the Center for Strategic and International Studies, a Washington, D.C., think-tank that the passage of the guided-missile destroyer within 12 nautical miles of Subi Reef, an artificially reclaimed island, did not recognize Beijing’s assertions of sovereignty over the feature as a matter of innocent passage.

“You will see more of these,” he said.

Earlier in his presentation, he said the Chinese projects are turning the reefs into islands “capable of supporting significant military forces,” including deep-water ports. While other countries bordering on the South China Sea have also staked claims on reclaimed reefs, none has matched China’s scale of effort. A slide Harris presented showed China had reclaimed 3,000 acres of former reefs in 18 months.

Harris called the South China Sea “a contested area” where assured access to natural resources is disputed while also being a region of shared domains—shipping on the surface, fiber-optic cables below.

He said in his autumn meeting with Chinese military officials that they remained “pretty rigid about their ownership of the islands and their resources.” He told them that the United States found the reclamation projects and territorial claims “provocative.”

Saying Beijing has been helpful in anti-piracy patrols off the Horn of Africa, civilian evacuations from Yemen and in other areas, “China will continue to grow” and that “is not a bad thing.” Harris said the concern is about how China uses its power. One example of that growing power is China’s building of a coast guard cutter—25 percent larger than an Arleigh Burke–class guided-missile destroyer (DDG-51) —for use in disputed waters with Japan.

Saying the United States retains an advantage in quality of personnel and equipment over the Chinese, it does not hold a lead in numbers. Harris said he reminds officials in Washington of the need to retain asymmetric advantages, such as in anti-submarine warfare, as Beijing continues investing in its military forces.

“Everything that is new and cool is going to the Pacific.” Harris cited the deployment of F-35s, the DD-1000s, the second Ford-class nuclear aircraft carrier, V-22 Ospreys and P-8A Poseidons as examples of that commitment.

“We have allies, friends and partners where China does not,” he added. Harris specifically mentioned work with Australia, Singapore, the Philippines and Japan, as well as on Guam, an American territory, where mutual security concerns are being addressed.

He said he was interested in going beyond the traditional bilateral treaties and arrangements that mark American relationships in the Indo-Pacific to multi-lateral arrangements “not to supplant the alliances [but to] improve operational relationships.”

The value of forward presence in such a large area as the Indo-Pacific arises in the ability to respond quickly to natural disasters or military crisis.

Looking at India, “I see nothing but opportunity and excitement in our relationship.” Harris said this was “not a counter to China” but a realization of shared democratic values and growing economic cooperation.

Quoting Defense Secretary Ash Carter, Harris said, “Economics is the most important piece” of relationships in the region. “The military is the most visible.” He said he supported the Trans-Pacific Partnership.