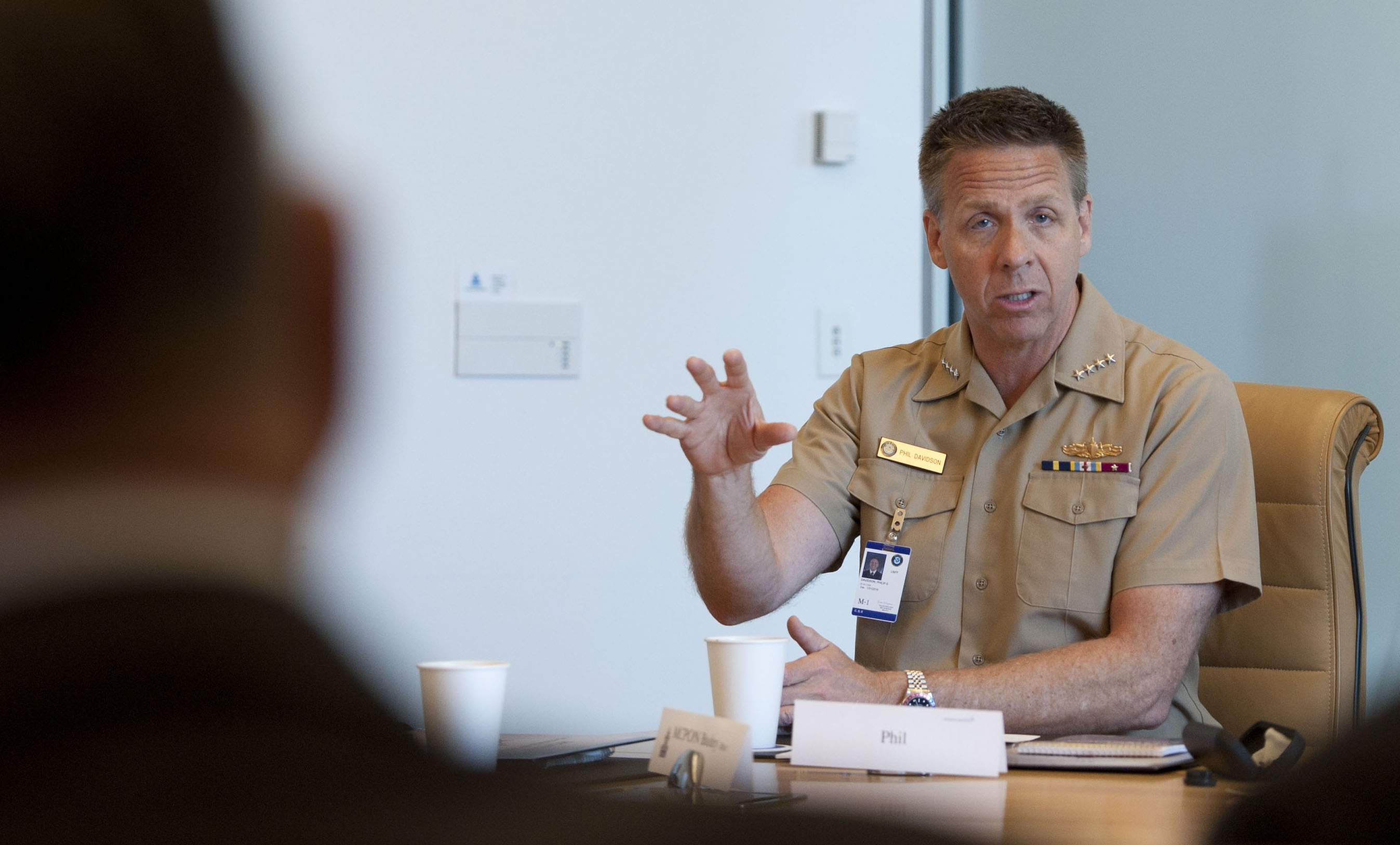 The Navy should prepare its forces for specific geographies and threat environments they may face, rather than for a generic “anti-access/area-denial environment,” the commander of U.S. Fleet Forces Command said.

Adm. Phil Davidson said at the annual Surface Navy Association national symposium that the fleet faces several potential adversaries, each with their own tactics to limit U.S. Navy sea control, and that fleet training and preparation ought to address each specifically.

“It is too callous and too casual to roll all this kind of stuff up as anti-access/area-denial. It doesn’t relate itself directly to everything that we do and we’re capable of doing and what we need to be focused on,” Davidson said.

He noted that Chief of Naval Operations Adm. John Richardson spoke earlier in the conference about Russia, China, North Korea and Iran, all of whom are trying to hinder American sea control and therefore power projection, but all of whom use different tactics.

“The operational approach to these potential adversaries is pretty similar, but the tactical manifestation is different,” Davidson said.
“If you think about the ground and the geography of the Eastern Mediterranean, think about it in the Gulf, think about the Strait of Hormuz, think about the Western Pacific: it’s all a little different, and the approach of the adversaries is a little different in those areas. So China, much more depth, width, ocean floor, outer space, deep into the country. Iran’s very much coastal defense, small boat swarms. That’s what I mean. Still trying to challenge our sea control and prevent our fighters.”

Davidson noted the potential adversaries also shared another common tactic: “they’re trying to bring about some ambiguity in Phase 0” while also introducing precision guided munitions and other high-level technologies into a lower-than-conflict theater.

“And CNO is going after that, he says we’ve got to be able to train the force to operate in environments that are below that level of warfare,” he said. “They’re trying to create areas of bubbles in which they can hold us out. And for Russia and China, as they step up to a more conventional conflict, escalate to deescalate, they’re able to challenge us a little bit. We need to maintain our edge.”

Each potential adversary has its own strengths and weaknesses in its people, platforms and methods of operating, and tailoring an approach to each individually is “going to be part of the fabric of what we’re doing as we go forward.”

Davidson said that two-thirds to three-quarters of the platforms in today’s Navy will still be in the fleet 10 years from now. Since new planes and ships won’t be the solution to combating the varying tactics of potential adversaries, Davidson said training would be important. He emphasized the need to boost the complexity of pre-deployment training events, as well as bring in the Navy’s new warfare development centers to prepare sailors for a range of situations they may face while deployed.