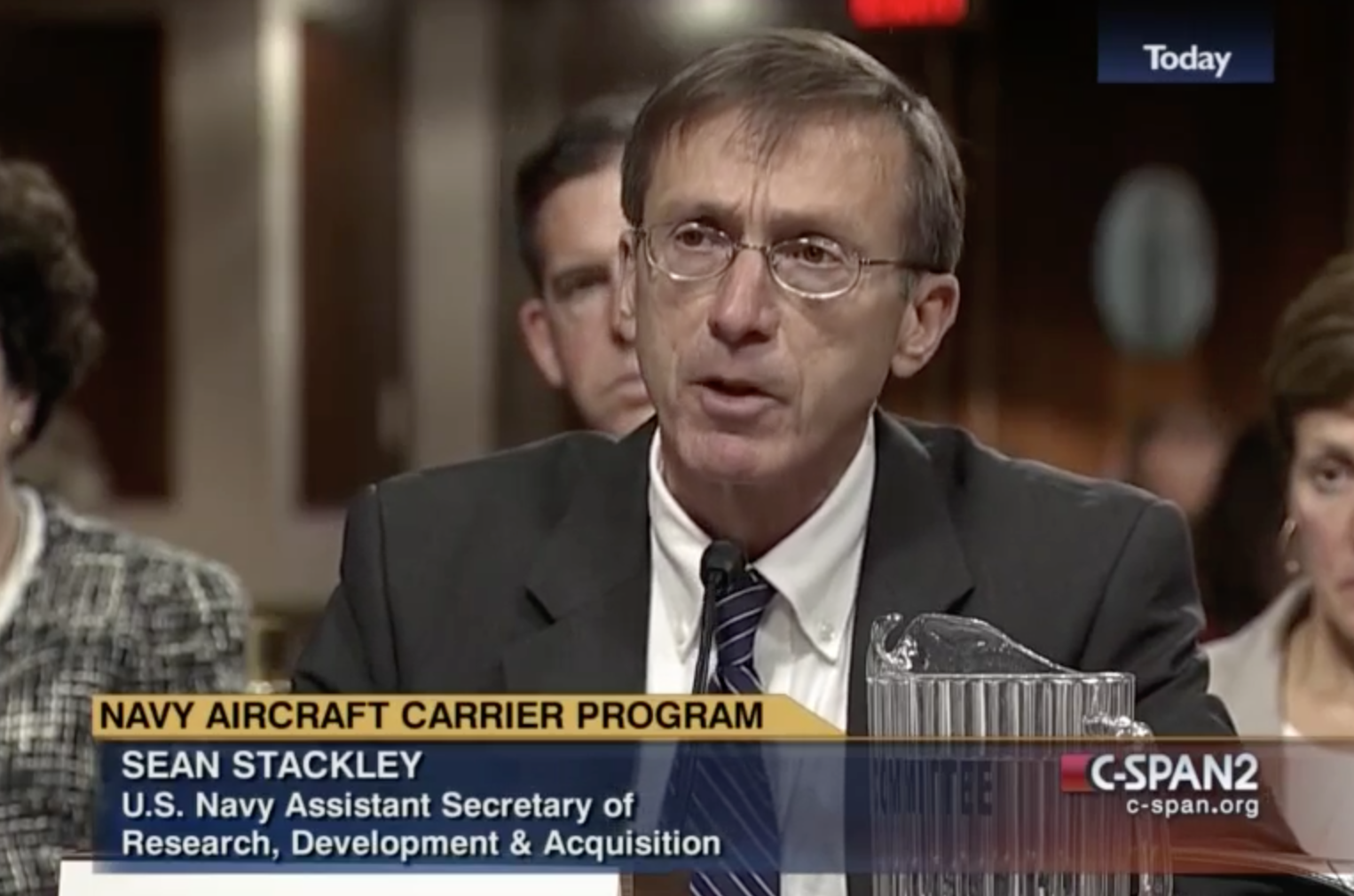 The sea services can “make mountains move” when confronting anti-ship missiles or torpedo threats to aircraft carriers, but what the Department of the Navy wants from Congress “is the ability to take those risks” in experimenting and prototyping more quickly to meet emerging needs, the Navy’s top acquisition official told the House Armed Services Committee Thursday.

Sean Stackley, assistant secretary for research, development and acquisition, said there is a two-year lag between identifying a new threat and having its remedy placed in a budget request as a program of record.

“We cannot predict what the threat will be” two years out, but the question remains “what is the user’s need?”

In short, “the pace of technology is outpacing” the services’ ability to work their way through the “long and lengthy process” of fielding weapons systems. He and other service acquisition officials asked the committee to provide the flexibility “to prime the pump,” reprogram where and when necessary; better link the services’ technical community, intelligence community and operators; and work with the private sector to have more access to the technologies it has developed and remove “the burden [on them] of doing business with the government.”

That lack of flexibility in prototyping and experimentation “has been a challenge in the past.” In his opening statement, he said, “Our technological advantage is eroding.”

Later, in answer to a question, Stackley said, taking those risks up front can accelerate the development of requirements, allow technologies to mature and have “a better understanding of what we have to build.”

He and the other services’ acquisition officials said that using modular open systems design can shorten development timelines for future systems.

The hearing was called as part of Chairman Rep. Mac Thornberry’s (R-Texas) drive in this Congress to identify broad areas from personnel to management to structure and acquisition that need review and possible reform. A similar effort is under way in the Senate Armed Services Committee.

Several times during the hearing, the Marine Corps’ long history of trying to develop a new amphibious assault vehicle was cited as an example of how slowly systems are brought into the field and how costs keep rising.

Stackley said now, “We are leveraging capabilities [of the four contractors] to drive costs down” and effectively giving the department the mature technologies needed to successfully field the vehicles. “We’re going after this capability incrementally” and the department is “making it clear [to the contractors] where we ultimately need to be.”

Rep. John Kline, (R-Minn), said, “We need to live in the world of the possible” with weapon systems such as the amphibious assault vehicle. “Let’s not put our energy into something we couldn’t buy” because it would consume a service’s acquisition budget.

Stackley told the committee that the Navy’s highest priority — replacement of the Ohio-class ballistic missile submarine (ORP) — is proceeding on a number of fronts. Using missile tubes as an example, he said that the industrial base is being readied to “batch build” them “ahead of need” and will allow the base to adjust to changes when the tubes are delivered.

On the laser weapon system tests on board the USS Ponce, he said the next step will be to evaluate and experiment with a 150-kilowatt system on a DDG-51-class destroyer.

Stackley told the committee that the Navy will soon announce a more formalized structure, in some ways similar to the Air Force’s Rapid Capability Office to better tie together technology developments with the fleet and the Marine Corps.

Thornberry was encouraging on giving the services more flexible funding for early prototyping and experimentation. “Surely to goodness . . . we can meet your needs and [retain] our oversight responsibility.”