After a two-and-a-half month pause, the U.S. is again launching anti-Islamic State in Iraq and Syria strikes from an aircraft carrier in the Persian Gulf, the Navy announced on Tuesday.

Boeing F/A-18s launched at night from the deck of USS Harry S. Truman (CVN-75) to launch the first carrier-based strikes for Operation Inherent Resolve since the Theodore Roosevelt Carrier Strike Group left the Persian Gulf in October.
The Truman CSG joins French nuclear carrier Charles de Gaulle (R 91) which has been launching fighters in the Persian Gulf since Nov. 23. 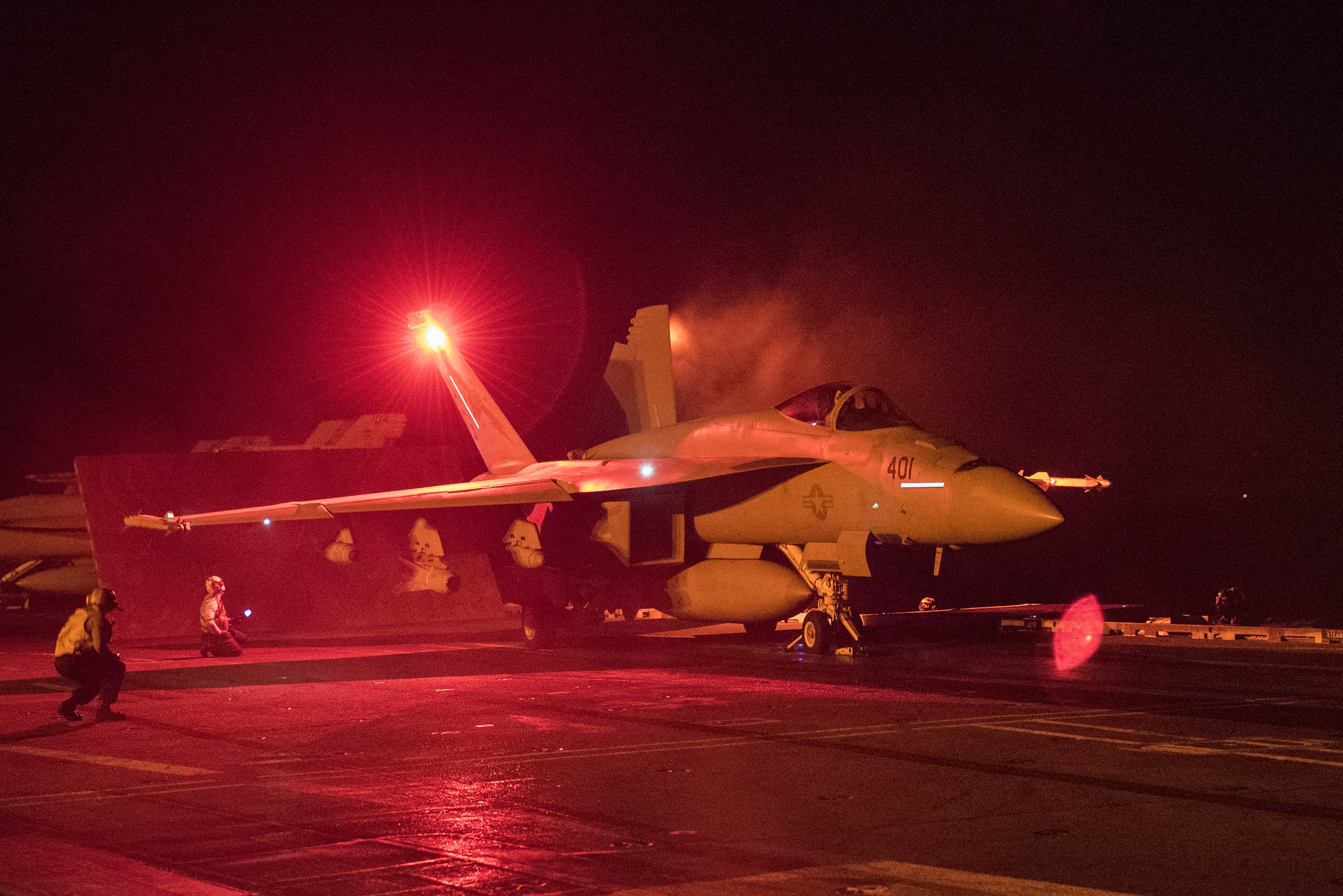 An F/A-18E Super Hornet assigned to the “Fist of the Fleet” of Strike Fighter Squadron (VFA) 25 prepares to launch from the flight deck of the aircraft carrier USS Harry S. Truman (CVN-75). US Navy Photo

“We complement each other in that while one carrier is able to fly sorties in country to support OIR, the other carrier can conduct maintenance and prepare for the next day,” he said.
“The carriers can then swap, which allows us to put more sorties in country while we partner in this operation.”

More gaps in U.S. Middle East carrier presence are likely, as the Navy has taken a stand to catch up on deferred carrier maintenance and develop more predictability in deployment schedules as part of its Optimized Fleet Response Plan (OFRP).

Instead of extending carrier deployments, the Navy is attempting “to reduce our global input as to what we can provide [to the combatant commanders] for a designated period of time, and mitigate that presence, that carrier presence, in some other way using our joint partners, using joint aircraft to cover a gap in time in which we may not have a carrier present,” Rear Adm. Jeffrey Harley, assistant deputy chief of naval operations for operations, plans and strategy (OPNAV N3/5B) told the House Armed Services Committee (HASC) in September.