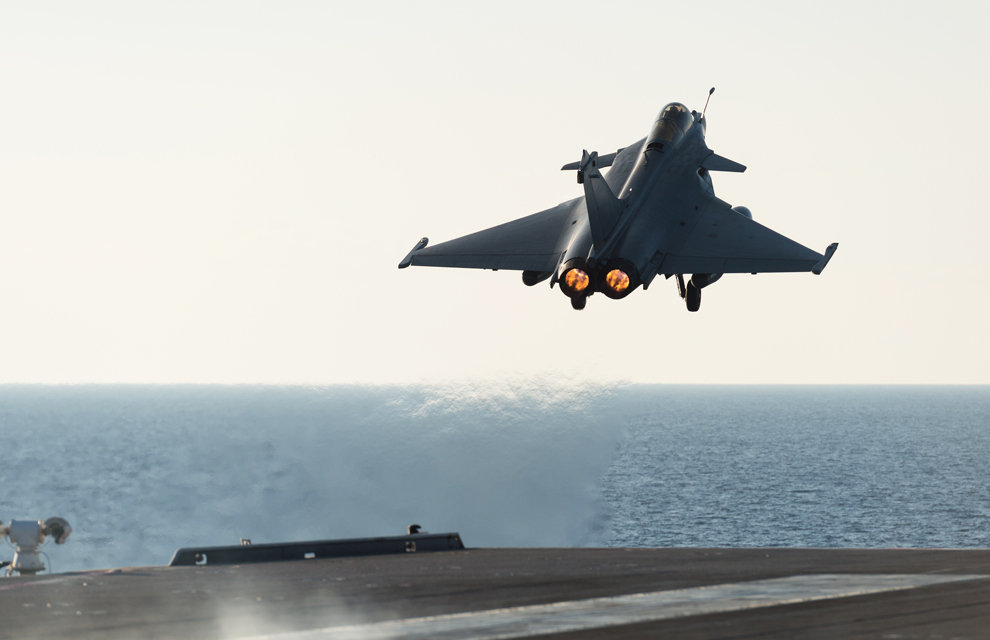 The French Navy launched strike fighters to against Islamic State in Iraq and Syria targets in Iraq from its nuclear aircraft carrier Charles de Gaulle (R91) on Monday, the French Minstry of Defense announced.

“The carrier battle group formed around the French aircraft carrier Charles de Gaulle, deployed in the eastern Mediterranean, led his first missions over areas controlled by [ISIS] in Iraq,” read a translated statement from the ministry.
“Simultaneously, two patrols carried out two armed reconnaissance missions in support of Iraqi forces engaged in Ramadi and Mosul in Iraq. Both strikes destroyed the targets.”
Earlier on Monday, Agence France-Presse published pictures of weapons-laden Dassault Rafale M strike fighters launching from de Gaulle followed by images from the ministry.

The first strikes from the carrier come 10 days after the ISIS-claimed terrorist attacks in Paris that killed 130 and as French president François Hollande has pledged to increase France’s participation in the fight against ISIS.

“We will intensify our strikes, choosing targets that will do the most damage possible to this army of terrorists,” Hollande said. 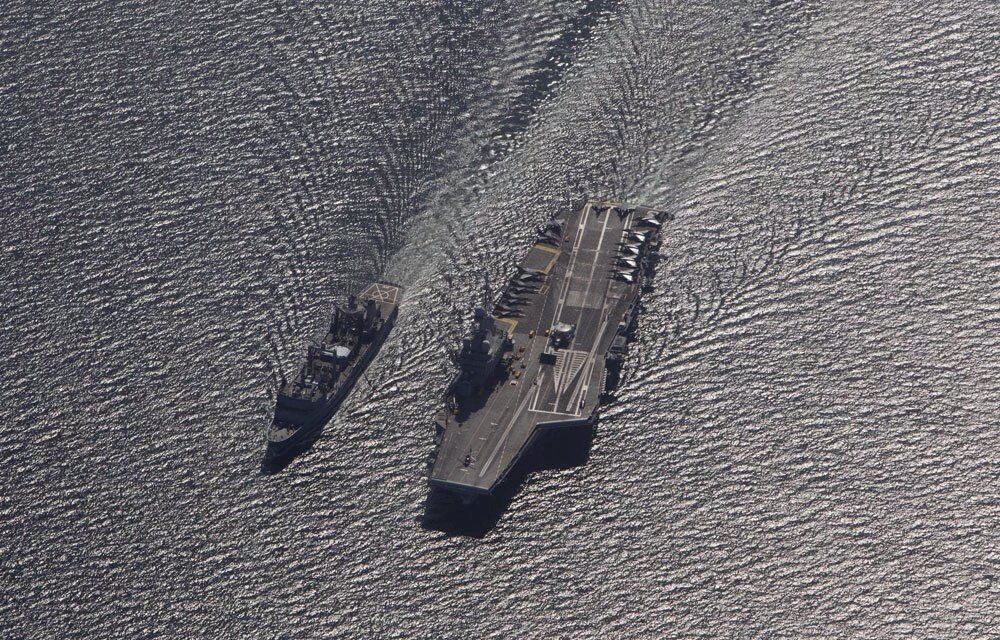 The group left its homeport in Toulon on Thursday as part of a previously scheduled deployment as part of the French mission against ISIS — Opération Chammal — joining French strike fighters operating from land bases in Jordan and United Arab Emirates.

On Sunday Russian news wire TASS reported Russian military forces in the Eastern Mediterranean Sea had made contact with French naval group and would coordinate and deconflict efforts between the de Gaulle and the Russian surface action group (SAG) and fighters in the region providing air defense protection for fighters operations out a land base in Syria.

Russia has also stepped up its rhetoric against ISIS following the determination a Russian passenger plane was brought down on Oct. 31 by a terrorist bomb.

“President Putin has vowed to find and punish the culprits behind the Sinai plane attack. ‘Our military work in Syria must not only continue. It must be strengthened in such a way so that the terrorists will understand that retribution is inevitable,’ Putin said,” read a report in the state controlled RT news service.

de Gaulle is set to transit to the Persian Gulf following operations in the eastern Mediterranean as part of its four month mission inside the region.