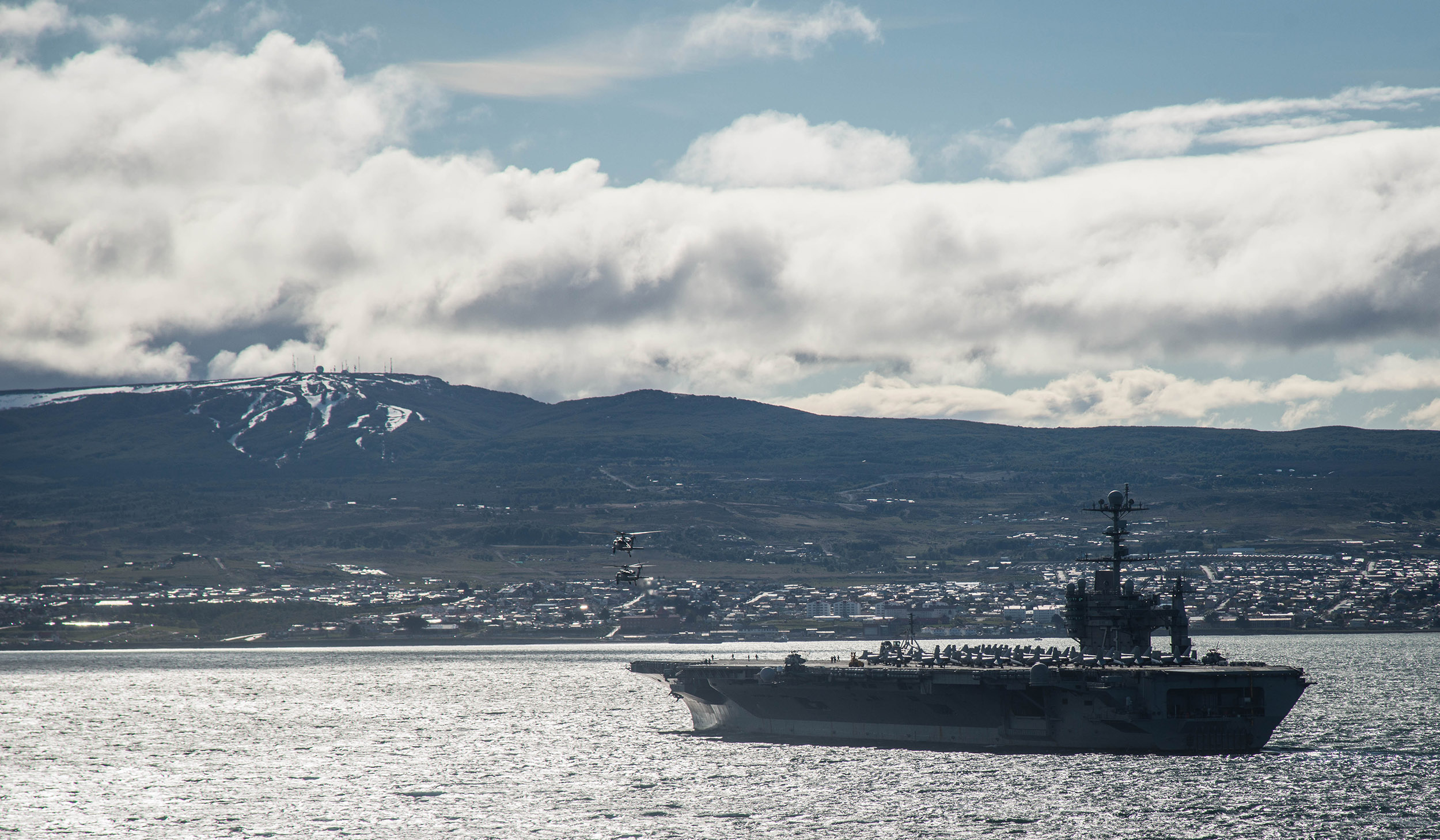 Two MH-60S Sea Hawk helicopters from the “Black Knights” of Helicopter Sea Combat Squadron (HSC) 4 prepare to land aboard the aircraft carrier USS George Washington (CVN 73) as it transits the Strait of Magellan on Nov. 1, 2015. US Navy photo.

The Navy’s historic three-carrier swap will be completed next week when USS George Washington (CVN-73) arrives in Norfolk.

George Washington had served for seven years as the flagship of the Forward Deployed Naval Force in Yokosuka, Japan. The ship needed to return to the continental U.S. to prepare for a refueling and complex overhaul (RCOH) starting in fall 2016, which prompted a three-ship swap.

The carrier departed Japan in May for San Diego, where it swapped part of its crew with USS Ronald Reagan (CVN-76) and continued on for a journey around South America.

Over the past three months, George Washington sailed down the western coast of South America, stopping in places like Lima, Peru, and Valparaiso, Chile, for partnership building activities. The carrier participated in UNITAS Pacific, hosted by Chile, from Oct. 13-24, transited around the Strait of Magellan, and participated in the Brazil-led UNITAS Atlantic from Nov. 13-24.

The Navy announced that George Washington would arrive in its new homeport in Norfolk, Va., on Dec. 17, completing the carrier swap. USS Theodore Roosevelt (CVN-71), which had previously been in Norfolk for its RCOH, arrived in San Diego Nov. 23 after an eight-and-a-half-month deployment to the Middle East and the Pacific. And Ronald Reagan arrived in Yokosuka on Oct. 1 following the crew swap with George Washington.