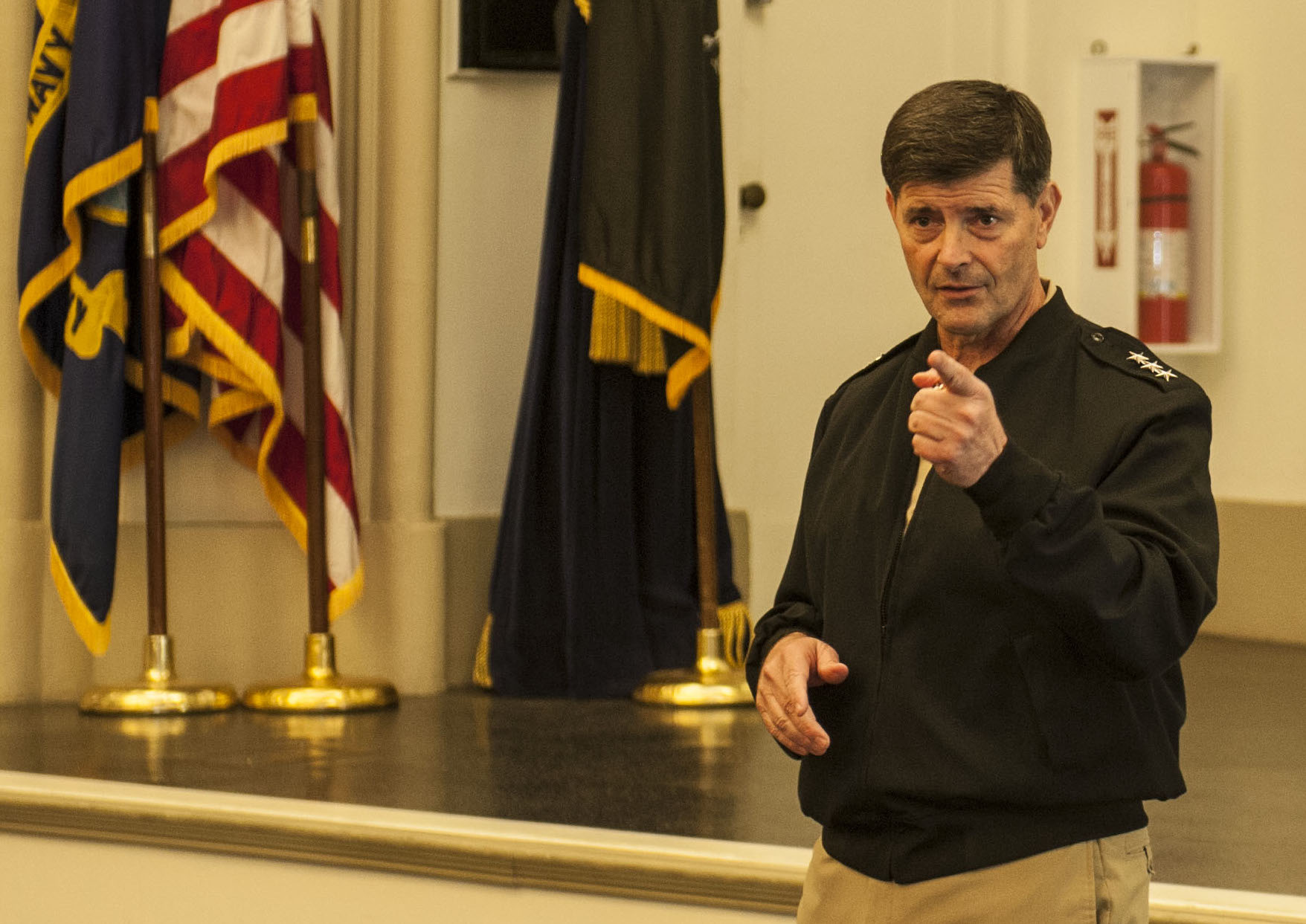 WASHINGTON, D.C. – The Navy’s initial set of recommendations to Congress to modify personnel legislation – along with the other services – has been completed ahead of likely congressional hearings next year, the Chief of Naval Personnel said on Wednesday.

Vice Adm. Bill Moran characterized the recommended changes to the Defense Officer Personnel Management Act (DOPMA) as less full-blown reforms and more like upgrades or enhancement to the legislation to give the services more tools to manage the military.

Moran was hesitant to give details on what those reforms would include ahead of a formal roll out from the Office of the Secretary of Defense (OSD).

“There is a little risk to announcing what recommendations we’re going to make to the Secretary of Defense but I would describe it as giving the service secretaries the discretionary authorities to how we do up-or-out promotions,” he said at a U.S. Naval Institute and Center for Strategic and International Studies maritime dialogue.

Under the current law, officers in all the services must either be promoted or leave the service. Functionally, the stipulations in the 1980 DOPMA is designed to keep the officer corps fresh with new talent but some have expressed frustrations with the rigidity of the statute.

“A good example is that at the O-4 level in all of the services, you basically get two looks and then you’re out,” Moran said.
“I want to make sure we’re getting every possible look at that talent to keep the best.”

Now with the DOPMA recommendations largely plotted, the personnel chiefs are set to take a look at modifying the potentially more complicated 1986 Goldwater-Nichols Act – largely at the behest of a Senate Armed Services Committee interested in the issue.

“We started the conversation [last year] with all statutory regulations with regard to personnel management and then the animal became so big that we just focused on DOPMA this time and now we’re going to move to the next level – largely because Sen. [John] McCain (R-Ariz.) and the Senate staff in the SASC said: ‘We’re going to debate this issue. It’s on our agenda and we’re going to ask the services for their input. OSD is taking the lead on this and form this working group’,” Moran said.
“The next follow-on one is starting a working group on Goldwater Nichols reform.”
The working group is a high priority for Secretary of Defense Ash Carter, Pentagon press secretary Peter Cook said on Tuesday.

“I don’t have the exact timeline for you but I know he’s looking early into next year to have some recommendations to move forward. I know Congress is looking at some of these issues as well and the secretary welcomes the interest of Congress.”

All of the ongoing personnel changes are part of the backdrop of OSD’s announced “Force of the Future” initiative. In September the personnel heads of the services submitted a 120 page report on recommend changes in how the military manages its personnel.

Many of the changes were championed early by the Navy ahead of Carter’s Pentagon-wide personnel push and folded into the larger Force of the Future effort.