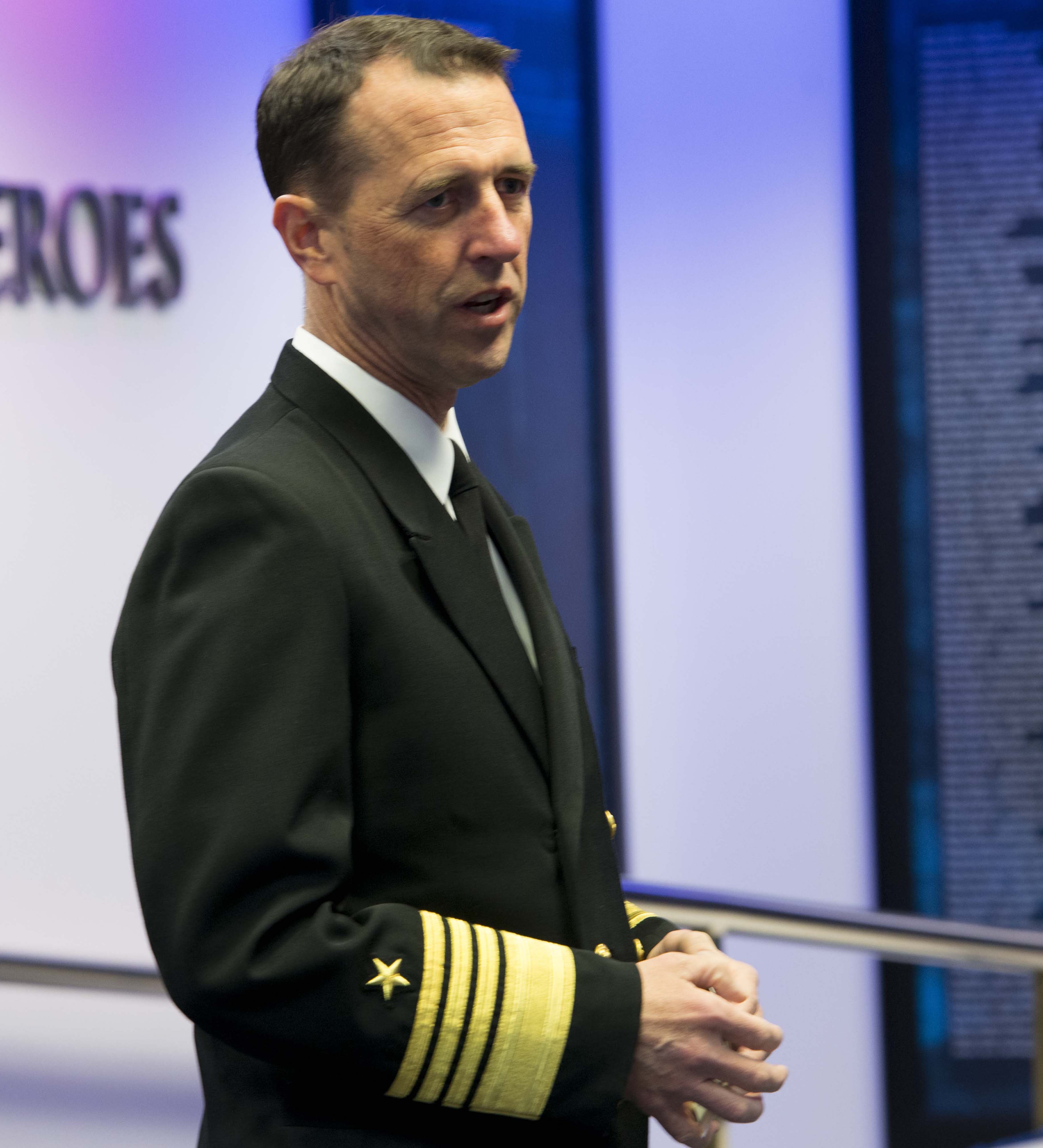 The Navy cannot focus on a single threat, but rather must balance two “great powers” of Russia and China, two “very influential” regional powers in Iran and North Korea, and the “persistent global counterterrorism challenge.”

The operating fleet would have to balance all three tiers of threats simultaneously and with equal focus.
For instance, a strike group operating in the Mediterranean Sea may need to conduct ballistic missile defense missions to keep Iran at bay, while also participating in partnership-building exercises with allies to deter increased Russian activity in the Eastern Mediterranean, while also responding to humanitarian crises caused by migration from North Africa and Syria due to terrorist group activity, a Navy spokesman told USNI News following the remarks.

“We have got to move faster. We have got to learn faster, and we’ve got to adjust our acquisition systems to adopt that technology faster,” he said, noting that more frequent fleet experimentation will help.
“I’m a huge advocate that not all the best ideas are all technologies either. We can learn an awful lot in terms of the way we do things. In fact, that, I believe, will be the key to responding to our … resource challenge. And so it’ll be how we cleverly combine some of those technologies and operational concepts together in more powerful ways that’ll allow us to kind of compete and win in this environment with the resource constraints we’re going to face.”

The CNO discussed the use of radar during World War II as an example of how concepts of operations can affect the utility of a technology. The Germans had more sophisticated radar technology, he said, “but it was the British who networked them together, developed a home defense system, and that was a system that allowed them to respond to the Luftwaffe and win the Battle of Britain. It wasn’t that they had exclusive possession of the radar, it’s how they employed those radars.”

“There’s ways to combine current technologies that allow us to improve performance there without having to build something new,” he said, with fleet experimentation being a prime way of learning how to combine systems and use them in innovative ways.
“I think that’s sort of the era that we’re in right now, we have to be very creative to get into that.”

As for the acquisition system itself, which Congress and the Pentagon are working together to simplify and improve, Richardson said he needs a system that will allow for quick technology refreshes to continuously improve performance, rather than relying on massive game-changers every 20 years.