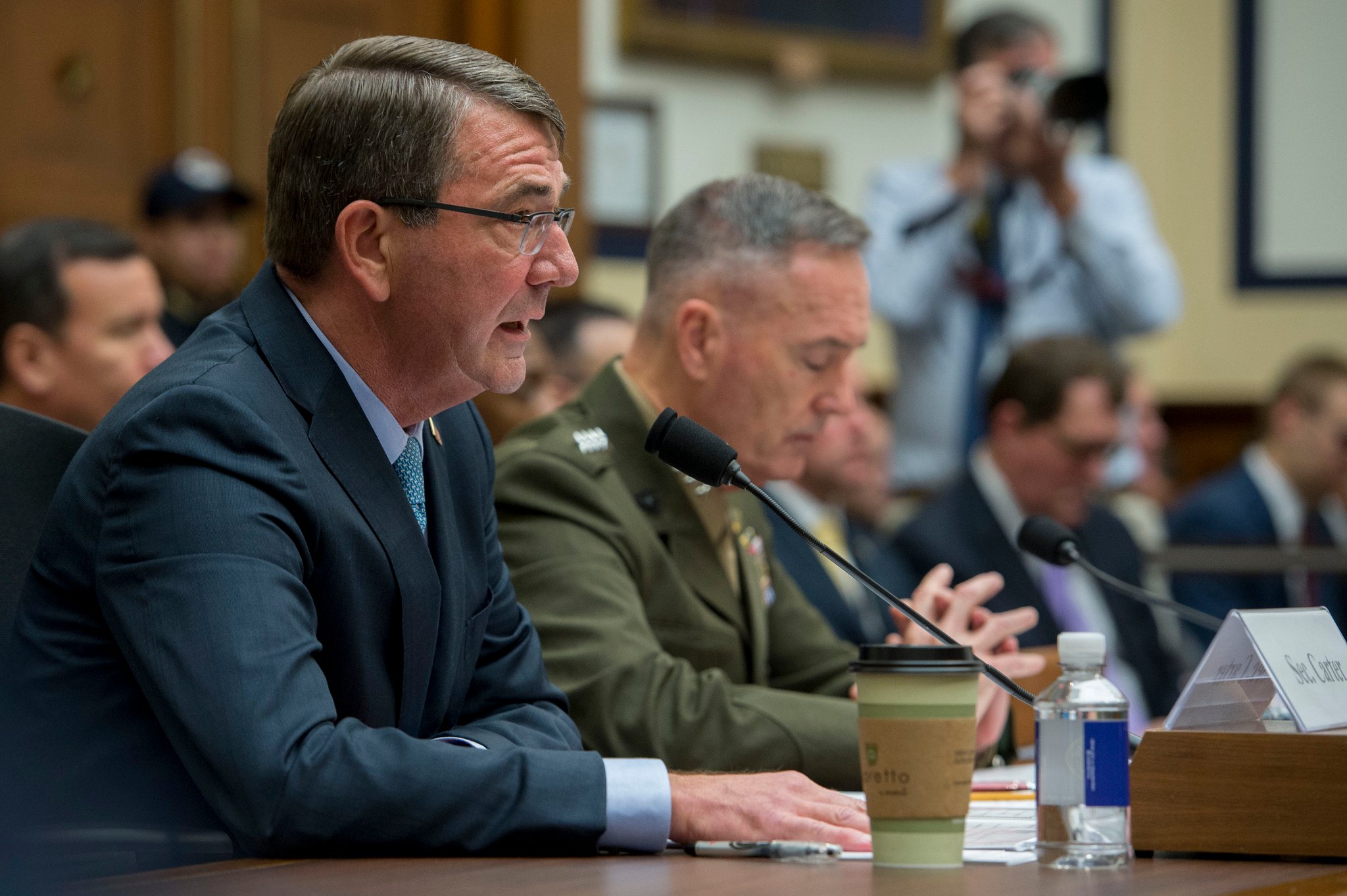 In discussing the administration’s strategy to defeat the Islamic State in Iraq and Syria (ISIS), the chairman of the Joint Chiefs of Staff on Tuesday told the House Armed Services Committee “the enemy doesn’t respect borders and neither do we.”

Marine Corps Gen. Joseph Dunford said, “Our effort is inextricably linked to the quality of the intelligence” received.

“No target is beyond our reach,” Defense Secretary Ashton Carter said, in describing an American “Special Expeditionary Targeting Force” conducting raids in Syria and providing more precise intelligence for an increased number of air strikes against revenue-producing infrastructure. Targets ranged from cement plants to oil refineries to tanker trucks in the past month.

“We have the long reach that no one else has,” he said. The force “puts everyone on notice in Syria [that] you don’t know at night who’s coming through the window.”

While in the past U.S. military efforts in Syria centered around air strikes, the Pentagon recently announced the deployment of 50 special operations forces to Syria.

“Our strategy is to destroy ISIL in Syria and Iraq and anywhere else it arises,” Carter said.
“We [also] take homeland security seriously.” He included protecting service members in the United States in his answer, mentioning a Muslim extremist’s July attack July in Chattanooga, Tenn., that left four Marines dead and a U.S. sailor critically wounded.

Dunford said two crucial elements of the strategy were “to conduct strikes against ISIL [an acronym for the Islamic State] targets” in Syria and Iraq and “develop and support police forces on the ground to secure and hold” reclaimed territory, particularly in Sunni territory in iraq.

The vast majority of Iraqis are Shi’a.

The lesson after 14 years of war in Afghanistan and Iraq, in achieving victory, Carter said “is holding territory and making it stick” with governance.

Despite recent progress, Dunford said in answer to a question, “We have not contained ISIL” although “the right components . . . are in place” to do so.

In his opening statement, Carter said the strategy “emphasizes [enabling] capable local forces” being able to take, control and govern territory once held by the Islamic State and diplomatic efforts to remove Bashar al-Assad from power in Syria.

“It’s the civil war [in Syria] that fuels ISIL” and al-Nusra—an al Qaeda affiliate in Syria, he said, in answer to a question.

Specifically, in the statement, Carter cited gains by Syrian-Arabs in northeast Syria fighting alongside Kurdish forces and American special forces in trying to isolate Raqqa, the extremists’ capital. “They have shown a willingness to take territory” and the United States “hope[s] it will be like a snowball to go down to Raqqa.”

Later, he said the strategy also is trying to divide the Islamic State in its operations in Syria and Iraq.

Carter also listed the opening of a southern front in Syria near the Jordanian border; the Kurdish gains again with American support and Iraqi security forces in northern Iraq in cutting the lines of communications between Raqqa and Mosul, Iraq’s second largest city; and the “slow” progress being made by the Shiite administration of Iraqi Prime Minister Haider al-Abadi in arming, equipping, training and paying local Sunni forces and police.

Several times during the hearing, Carter was asked about with whom the United States was at war, and whether the president has an Authorization for the Use of Military Force in those operations. The secretary said he understood that there was not a “declaration of war,” passed by Congress, but the United States was engaged in fighting “not Islam, per se, [but] a particular group of radical extremists.”

In detailing what France, Great Britain, Italy, Germany, Turkey, Saudi Arabia were doing in countering ISIL, Carter said, “All must do more.” He added that Russia needs “to focus on the right side of this fight” and not on Assad’s opponents. Iran and Russia are Assad’s primary allies.

Looking at Pakistan, Carter said, “We do press them on the need to fight” the Islamic extremists inside its territory. “Violent extremism presents an existential threat to Pakistan,” Dunford added.

Carter said the terrorist attacks in Paris and Beirut and the bombing of a Russian jetliner over Egypt’s Sinai Peninsula were aimed at drawing in recruits worldwide to the extremist cause. “We’re trying to dry up” that source of recruitment and crossing into territory controlled by the Islamic State, Carter said.

“We’re not satisfied or complacent where we are” in the struggle with ISIL, Dunford asserted.