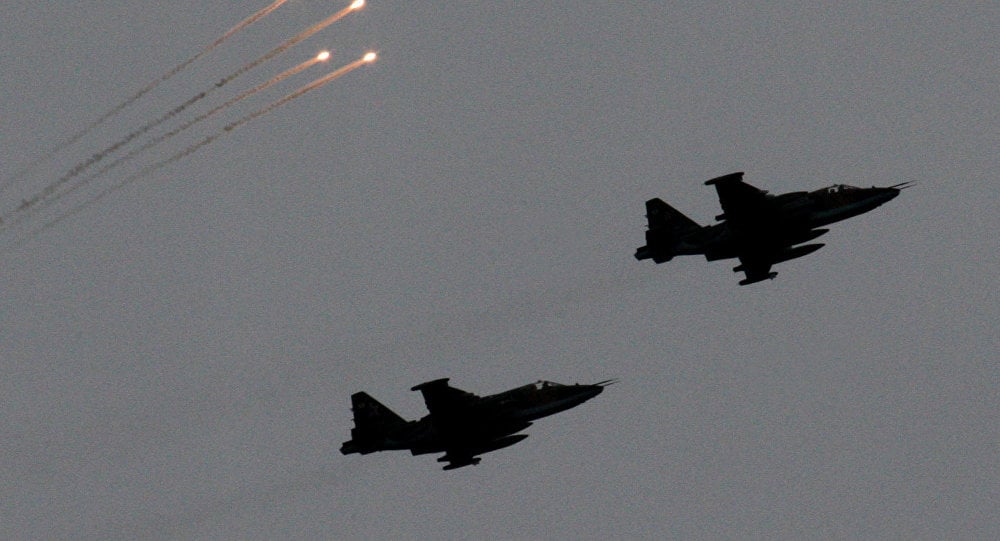 Russia is having its Desert Storm moment in Syria. The near-daily release of Russian fighter cockpit videos and missiles being launched from Russian ships in the Caspian Sea is making millions of Russians feel proud and strong. For instance, on Oct. 21, Russian media reported that 53 strike sorties struck 72 “terrorist targets.” Oddly those same reports are even convincing some in the United States that Russia is somehow more effective in Syria than the United States and its allies.

Like many Americans in 1990–91, the autumn of 2001, and the spring of 2003, daily film clips fed to news outlets of guided bombs hitting targets on the front lines serves to boost the morale of the home audience. The public fascination with precision-guided weapons video, and videos of the first combat use of Tomahawk cruise missiles from Navy ships first took root in Desert Storm, and images of such precision and power left an impression that still lingers in the minds of many Americans. Twenty-six years later the use of combat footage to stir popular passions in Russia is an important secondary effect on which Vladimir Putin is capitalizing.

We — however — should not be so impressed. To the under-informed critics reacting to the Russian media onslaught with claims that the United States and Coalition allies are “doing nothing,” imagine if you will that the United States and Coalition released daily “best of” clips of airstrike footage from the battle against ISIS. In just the first six months of Coalition air operations against ISIS, which began in September 2014, CENTCOM reported there were 4,817 ISIS targets hit. During the Kobani campaign alone, this past August, the Coalition reportedly deployed 2830 weapons against ISIS targets. 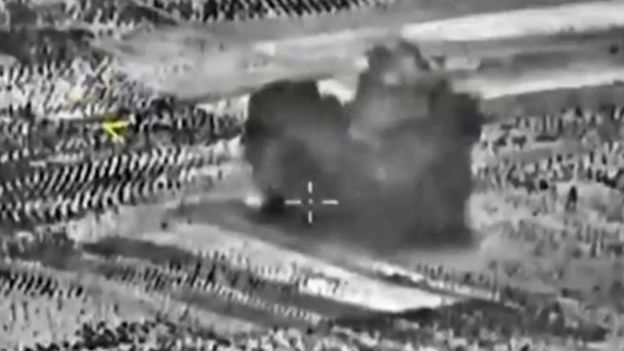 A fair question stemming from this hypothetical point is, what would the average American think if fed a daily dose of guided-weapon footage from this battlefront for 15 straight months of operations against ISIS? While the current “we are not doing anything” critics might be stifled, there is no doubt that the American people would likely grow weary of the footage and begin to ask “with all of this precision and power why aren’t we winning?”

The answer of course is that airpower alone will not win this fight. But it has proved effective at helping competent forces on the ground, such as the Kurds, in the retaking of Kobani from ISIS. The Russians may enjoy similar seize-and-hold success if the Syrian government and Iranian forces supporting Assad can effectively fight anti-government and ISIS forces. But it will not be quick, cheap, or easy.

For instance, many in America called the launch of Russian cruise missiles earlier this month “decisive.” I think that initial reaction was based more on the recognition that America’s 25 year monopoly on using long-range cruise missiles whenever and wherever we chose (e.g., Iraq 1990–2015, Sudan 1998, Serbia 1999, Afghanistan 1998 and 2001, Yemen 2009, and Syria 2014) has ended. A more pragmatic view of this is that Russia used a military capability that we’ve known they have had since the 1980s. Does using this particular means of delivering a kinetic warhead really change the game?

The American mind has long been conditioned to associate videos of cruise missile launches and laser guided bombs with the expectation of a quick and decisive “shock & awe” victory. In truth, these instruments of war are tactically effective in many cases, but never strategically decisive for us—nor will they be for Russia.

A launch of a Russian guided land attack cruise missile on Oct. 7 from the Caspian Sea. Russian Ministry of Defense Image

In the language of strategy the word decisive has a specific meaning. It is synonymous with pivotal events, such as Waterloo, Tsushima Straits or the use of the atomic weapons that brought Japan to surrender. Strategically decisive military actions end wars, or at least have a major impact on the direction of the war. As of this week, Russia’s actions have not altered the fractured battle lines in Syria. The various anti-Assad factions are still in control of the territories they held before the Russian airstrikes.

Sun Tzu, Karl Clausewitz, Alfred Mahan and other notable masters of war teach us that the tenets of strategy apply to all. This includes Russia. So, no matter how many one-handed pushups that Vladimir Putin can do, that does not make him, or his instruments of military power, immune to the immutable rules of strategy. As noted in my last article on this topic, Russia has a reason to be in Syria. Syria is in Russia’s national interests, but that does not mean that achieving its goals will be easy, and Putin may soon discover this fact.

Russia may have earned a place at the table for bringing a political solution to Syria’s tragic condition, but this will take more than headlining the daily Russian sortie count and airstrike footage. As the United States has learned in every war since Vietnam, while our sustained and overwhelming tactical capabilities cannot be matched, a lasting and better peace is often elusive and difficult to obtain.