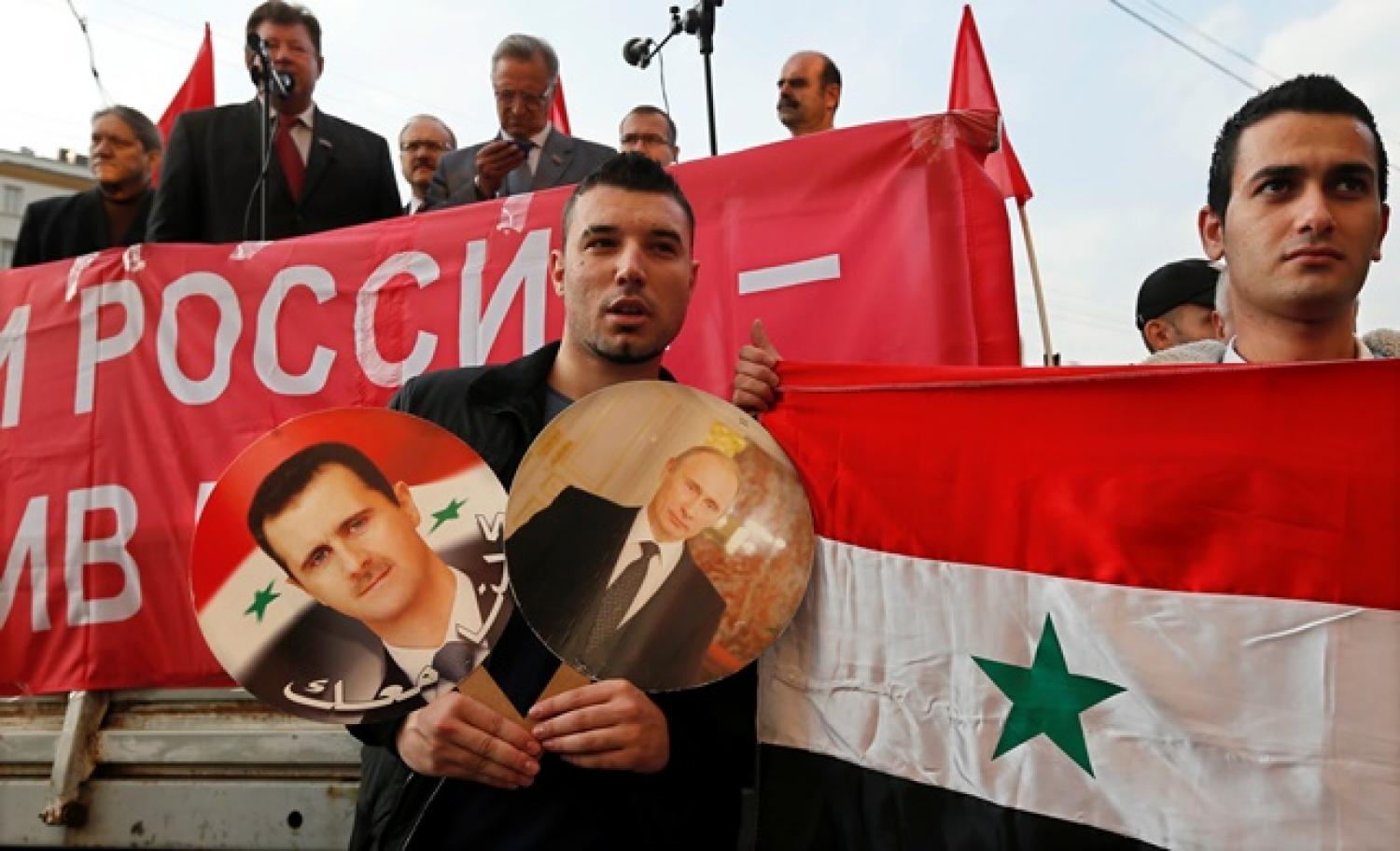 The increased presence of Russian forces in Syria has added another layer of complexity to an already confusing array of warring factions—a good estimate is that 18 to 20 factions now are fighting for one cause or another in Syria. The Russians assuming an active role in the Syrian battle space took the United States by surprise. For many American political, military, and media voices it is evident that Russia’s recent actions stuck a nerve.

One suspects that the latent Cold War conditioning of Americans over 40 years of age resurfaces whenever Russia does something that reminds us of the bipolar world we once wrestled to control. This brief analysis will look for reasons why the Russians are in Syria, and what it might mean for the fight against ISIS. The perspectives of both Russia and the United States will be examined.

While some in America worry that the Russians will soon embark on a conquest of the Middle East, the fact is that the Russians are not new to Syria. The first point to recognize is that Russia is not invading Syria; the latter has long been an ally of Russia (and its former Soviet self). The importance of Syria, and a keeping a toehold in the Mediterranean, is underscored by the fact that the Syrian port of Tartus was the only foreign military base maintained by Russia after the collapse of the Soviet Union in 1991.

Russian arms sales to Syria, and regular port visits by Russian vessels, have continued since the 1970s. It is important to note that every other foreign military outpost of the Soviet empire was abandoned in the early 1990s, but that one remained. One can only conclude that this relationship, and geographic location, was significant enough that it was preserved and maintained by post-Soviet Russia.

Second, the Syrian military has almost exclusively used Russian hardware for more than 60 years. The Soviets first began supplying MiG aircraft to Syria in the 1950s. The presence of Russian aircraft flown by Russian pilots is something new, and one would assume they will perform better than the remnants of the Syrian government forces. But another way to look at this is, the tanks, air-defense weapons, and armor delivered to Syria by Russia in recent weeks are a resupply mission to shore up the eroding capabilities of Assad’s forces. The mountain of Russian weapons that were in Syria (and Syria had an impressive order of battle before this conflict) have been destroyed or damaged. The anti-Assad forces have littered the countryside with the burned out hulks of made-in-Russia military hardware.

The Russian forces that venture outside of the wire will confront the same gauntlet of IEDs and RPGs as the Syrian government forces. They, like Americans in Afghanistan and Iraq, are not immune or invulnerable to armor-piercing weapons. Despite the fear among some in America, Russia is not going to “show us how it’s done” and defeat Daech (ISIS). But it may tip the balance enough to keep Assad in power long enough to try to broker a solution that will allow Russia to keep its toehold in the Mediterranean. This, and the desire to bolster public opinion in the motherland, is where its national interest really lies.

Vladimir Putin’s desire to make Russians feel proud about engaging in Syria is working—for now. It is important to take a moment to appreciate Russia’s demographic context: From 1990–2013 Russia’s population shrank by about 600,000 people a year. That’s 23 straight years of a shrinking population. Additionally, Russia’s aging population has a life expectancy and quality of life that lags well below the developing world. On top of that ailing demographic situation, the drop in oil prices has resulted in an economic recession in Russia.

Bold actions by political leaders often have a short-term positive impact on the majority of the home audience. Putin has mastered the move of fanning Russian passions and distracting the population from their problems. But the initial spike in positive opinion can backfire just as fast. Russia is not immune to the risks of protraction and escalation. Just as Putin’s forces in Syria are not immune to kinetic weapons, they are not immune to strategic fog and friction. My guess is that there are a few Soviet veterans of their war in Afghanistan sharing a vodka at a bar in Moscow right now saying, “Doesn’t anyone in the Kremlin remember anything?”

Now to the U.S. side of the equation. The U.S. strategy in Syria has not worked. Putin’s decision to inject Russian forces into the fray is a good opportunity to recognize that fact. With the exception of the negotiated removal and destruction of 1,300 tons of chemical weapons from Syria—a remarkable achievement—little else the United States has tried has brought Syria closer to stability.

U.S. policy has been the most inconsistent of any nation involved in this complicated conflict. While the thousands of U.S. airstrikes have no doubt taken a toll on ISIS, they have not brought an end to the conflict. Informed sources are well aware that airstrikes alone will not win the conflict, and our attempts to train a volunteer army of moderate Muslims has failed. Just last month, news sources reported that the latest cadre of U.S.-trained Syrian freedom fighters turned over most of their weapons to an al Qaeda splinter group within hours after crossing into Syria to fight ISIS. This should be cause enough for a strategic reassessment.

Our attempts to find courageous and capable “moderate Muslims” to fight the Islamic extremists and bring democracy to their lands has failed. It echoes the British longing from 1777–83 to find pockets of loyal Colonial Americans to win back the colonies from rebel forces. The entire British strategy, like America’s in Syria, was based on finding loyal forces to do the dirty work on the ground for them. It was a pipe dream for the British, as it is for us today. And like the British of yore, America is slow to recognize the fact that we won’t find a great army of moderate Muslims to restore order to their native lands.

The news of Russian MiGs bombing targets this week in Syria has been interspersed with reports that the U.S.-backed Afghan government forces lost the major city of Kunduz to Taliban forces. That news shows how difficult the fight against a determined enemy is, even when U.S. forces are present. We have been working to eliminate Taliban and al Qaeda forces in Afghanistan for more than 14 years. Recognition of the cost, and limited success in this effort, should give pause to those proposing that the presence of U.S. ground troops in Syria (or Iraq) will fix the ISIS problem. It won’t.

A good question to start with in this strategic reassessment is: Who is our real enemy in the region, the one that poses the greatest danger to world order? The answer is it is not Bashar al Assad. It is ISIS. It is here that we can find common ground with those forces engaged in defeating the jihadists that wish to restore the caliphate.

The United States and Russia share an interest in destroying ISIS, maintaining stability in the region, and ending the refugee crisis. With the exception of keeping Assad in power, there are many shared interests. The introduction of Russian weapons and personnel in Syria only makes it more possible to achieve each of these goals.

Even if the Russians did not enter the complex battlespace of Syria, the odds of the United States achieving its stated goals in Syria were looking dismally low. Perhaps we need to get over our bruised egos regarding Putin’s latest punk move and recognize that the Russians on the ground in Syria present some new tactical and strategic tools to achieve those aforementioned goals.