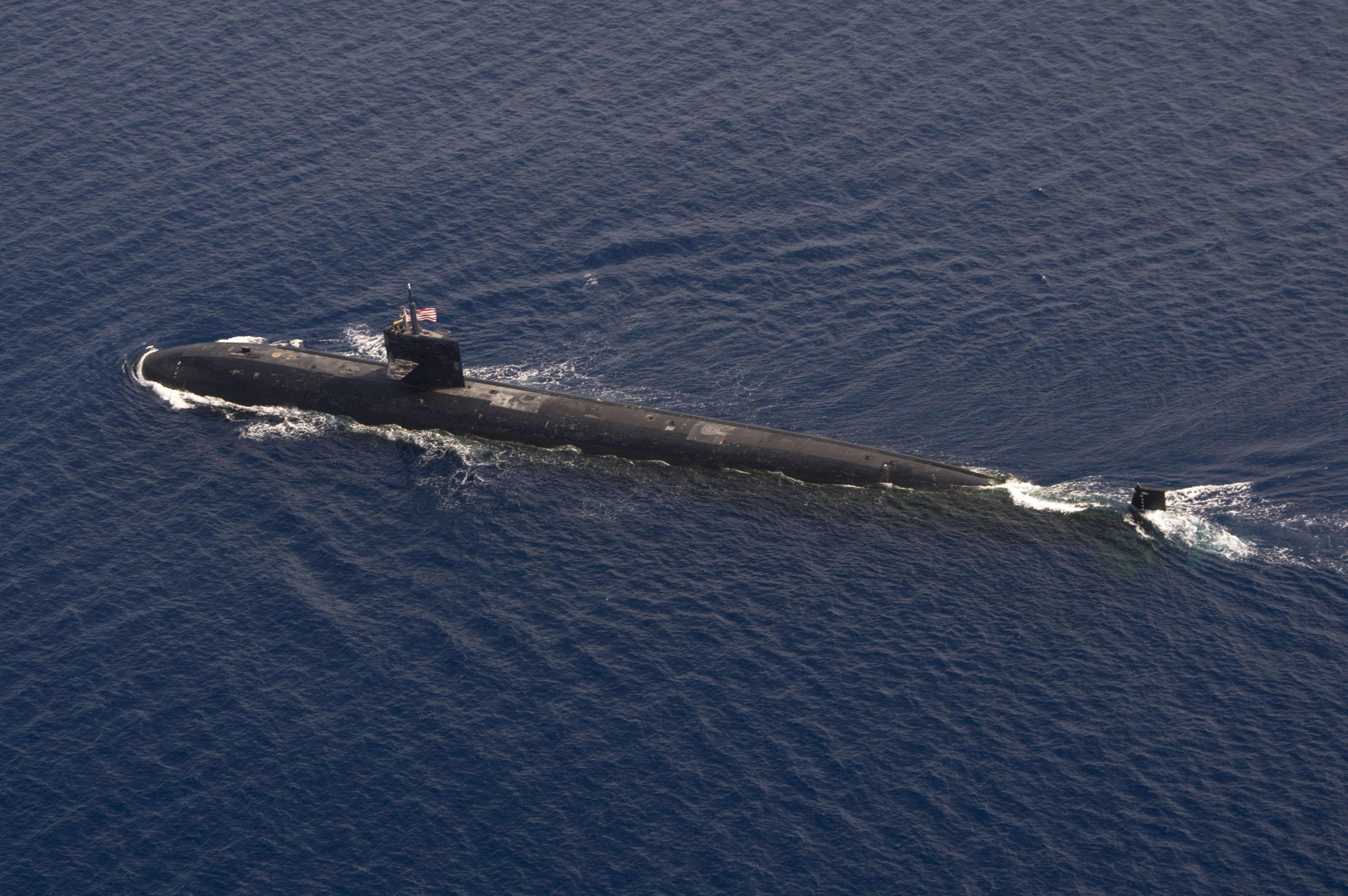 The Los Angeles-class attack submarine USS City of Corpus Christi (SSN 705) transits into formation during a photo exercise as a part of Exercise Malabar 2015 on Oct. 16, 2015. US Navy photo.

The new director of undersea warfare (OPNAV N97) is looking to extend the Navy’s asymmetrical advantage by investing in longer-range targeting, electromagnetic warfare tools and other capabilities to help submarine forces operate effectively into the future.

Rear Adm. Charles Richard said at the 2015 Naval Submarine League Annual Symposium that the Commander of Submarine Forces has released a vision for the force, and Richard will determine a path to get to that vision.

Among the capabilities he sees the Navy needing is putting effects on targets at longer ranges – and having the targeting and the command and control infrastructure to support longer-range strikes.

While the Navy has tried to achieve long-range targeting by submarines in the past and wasn’t able to overcome technology obstacles, “we think we’re on the cusp of getting to it with our new technologies. But it’s not going to do me a lot of good to have a target-quality solution with a weapon that can go do something that I’ve been ordered to do if I’m waiting for permission to fire because my command and control networks aren’t in a position to let me go do that,” he said.
“I can gain competitive advantage over a potential adversary if I can get inside his command and control loop, so we’re working on that.”

Richard said that submarine forces would also need a greater number of ways to engage targets.

“I see a future that has, to use that Pentagon term, ‘competition short of war,’” he said.
“We’re not exactly at peace with somebody, but we’re not exacting winging guided missiles back and forth at each other just yet. So what can we offer combatant commanders in these type of environments? Again, I’m going to overstate it for effect just a little bit, but right now in some cases, it’s, ‘boss, you want a picture? I can get you a picture. You want me to blow it to smithereens? I can blow it to smithereens.’”

Richard told USNI News after his speech that this problem is especially applicable to the Pacific, where the “competition short of war” scenario could easily arise. He said the Navy needs to think about what capabilities it wants in that situation to accomplish a commander’s mission

To that end, the undersea force will need to figure out how to leverage the electromagnetic spectrum – which is challenging in any environment and particularly so under water.

“The electromagnetic spectrum looks potentially very attractive in your ability to put an effect on a target to perhaps neuter its capabilities, to otherwise make it ineffective for what it’s doing there. With a reversible effect on it without going all the way to a level of violence that may not be appropriate,” Richard said.

He added that he views cyber as part of the electromagnetic spectrum discussion.

“In my mind, electromagnetic warfare and cyber are two halves of the same coin, it’s still the whole electromagnetic spectrum – some is contained in a Cat 5 cable or a fiber, some is radiated out of an aperture,” he told USNI News.

Additionally, Richard included battlespace acoustics, command and control for multiple undersea systems, payloads for countermeasures and decoys, and special operations support as other areas to consider for future development to enhance the Navy’s advantage under the ocean.

Richard said that, in studying these and other aspects of future undersea warfare, he hopes to generate a list of priorities for the Navy to focus on transitioning into programs of record and getting out to the fleet.