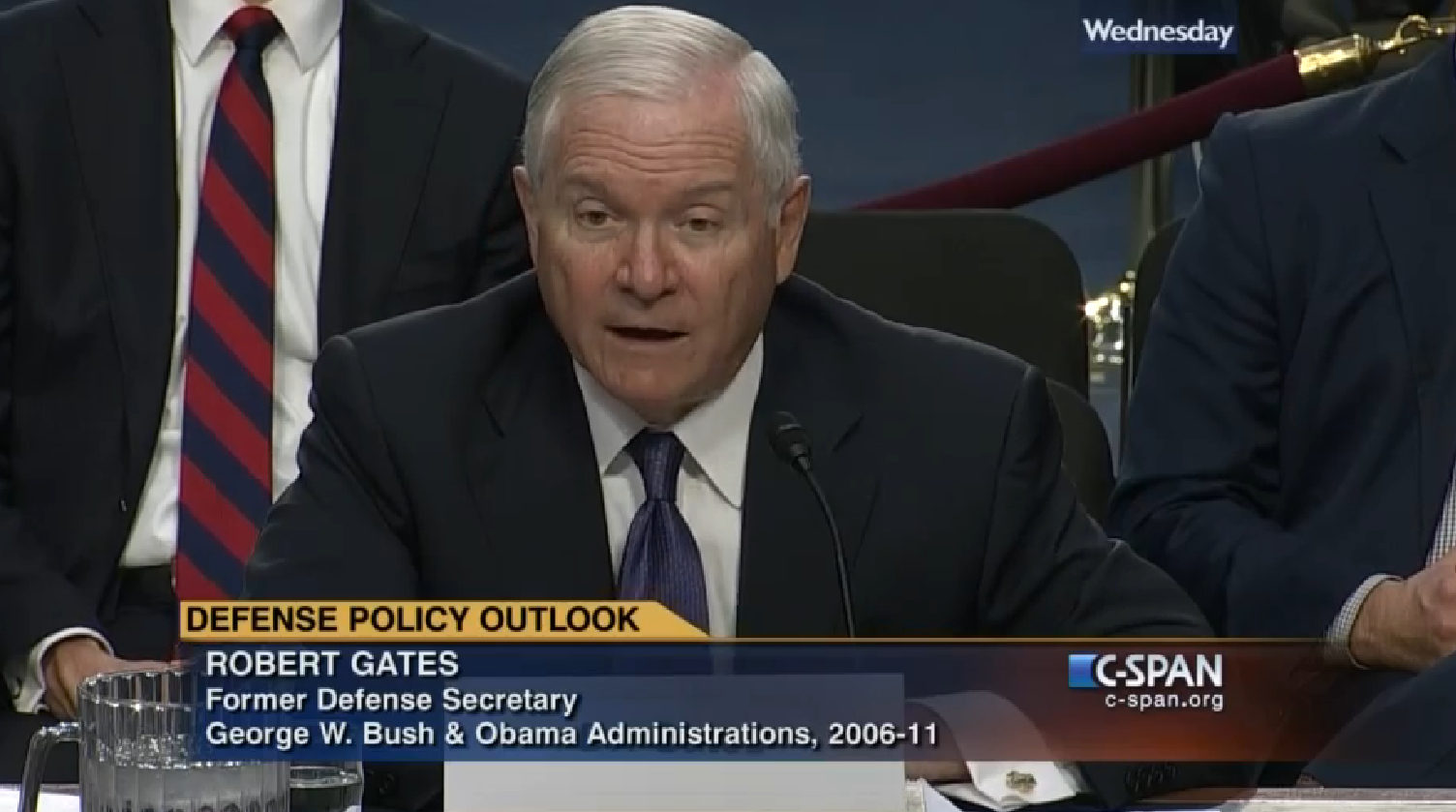 Former Defense Secretary Robert Gates on Wednesday described the Pentagon under the reorganization of the 1986 Goldwater-Nichols act as “a department designed to plan for war,” but not organized to fight protracted campaigns.

Testifying before the Senate Armed Services Committee, Gates said “We have never once gotten it right” as to where the next crisis will come to a head, noting that “we always discover we went too far in cutting” defense in a world of continuing turbulence. Gates listed crises from the Soviet development of nuclear weapons after World War II to the wars in Afghanistan and Iraq and the rise of Islamic extremism as examples of what he meant.

“I think we face a generation of conflict” over the Shia-Sunni divide, Islamic extremism competing with secular governments in the Middle East. “We don’t have anything [like the containment strategy toward the Soviet Union in the Cold War] when it comes to the Middle East.”

Committee Chairman Sen. John McCain (R-Ariz.) said this was the first hearing he intended to call on the need for defense reform, in particular overhauling an acquisition system in which programs come in 50 percent over budget and two years behind schedule. He said his idea was the committee “must seek to build a [bipartisan] consensus” and that was “in keeping with the best traditions of the committee.”

McCain’s counterpart in the House, Rep. Mac Thornberry, (R-Texas) has also used this session to focus hearings on defense reform and acquisition.

Gates, using his own experience under Presidents George W. Bush and Barack Obama, said his use of special task forces to push through rapid buys of equipment, such as the mine-resistant, ambush protected vehicles and enhanced intelligence, surveillance and reconnaissance capabilities worked, but with severe limits.

Programs needed immediately by warfighters “cannot depend on the intense personal attention of the secretary,” he added.

In acquisition, “we succeeded in building a new layer of bureaucracy.” Gates said a better balance is needed between the assistant secretary of defense for acquisition, technology and logistics and the services in deciding which equipment to buy. “The balance has shifted too far to ATL.” The defense authorization bill passed by both houses would shift some equipment buys back to the services. Gates warned against service parochialism over its setting long-term priorities over immediate needs and the need for the services accountable for decisions they make in acquisition.

At the same time, he said, “Congress must end its bad behavior” of “parochial interests” when it comes to weapons systems and keeping open installations that should be closed. The government needs “a regular approved budget at the beginning of the fiscal year.”

Gates, as he has in the past, called the across-the-board cuts called for in the Budget Control Act, “mindless,” but it is a situation that the government will face again next year if a spending agreement to raise caps is not reached in Congress.

“The department has had to plan five times for government shutdowns” in recent years. Compounding the problem, Gates said, was that for the past seven years all federal departments began the fiscal year operating under a continuing resolution that holds spending to the previous year’s levels and bars the start of new programs.

Several times, he called for Congress to follow “the regular order of business” in passing budgets on time and not using gimmicks to cover spending. Gates said he made a big mistake in 2010 in trying to protect family and wounded-warrior programs by shifting them from defense supplemental spending to the base budget. By doing that, after the Budget Control Act passed, Gates said he “made them vulnerable.” The automatic cuts do not apply to supplemental spending bills.

The American political system “is dependent on compromise,” not ideological purity, he said.

When asked about how the interagency process operates, Gates said it “works poorly if the secretary of State and secretary of Defense can’t stand each other.” He added that the president’s national security adviser needs “to be an honest broker.”

Gates said he would not move to abolish the service secretaries, in part, because they show civilian control of the military.

He also called for a reassessment of the cuts in the civilian work force, especially in agencies such as the Agency for International Development. In 1993, USAID had 16,000 employees, but in 2006 when Gates took over as secretary of defense it had 3,000 employees—mostly contractors. “The civilian side has been neglected for a very long time.”