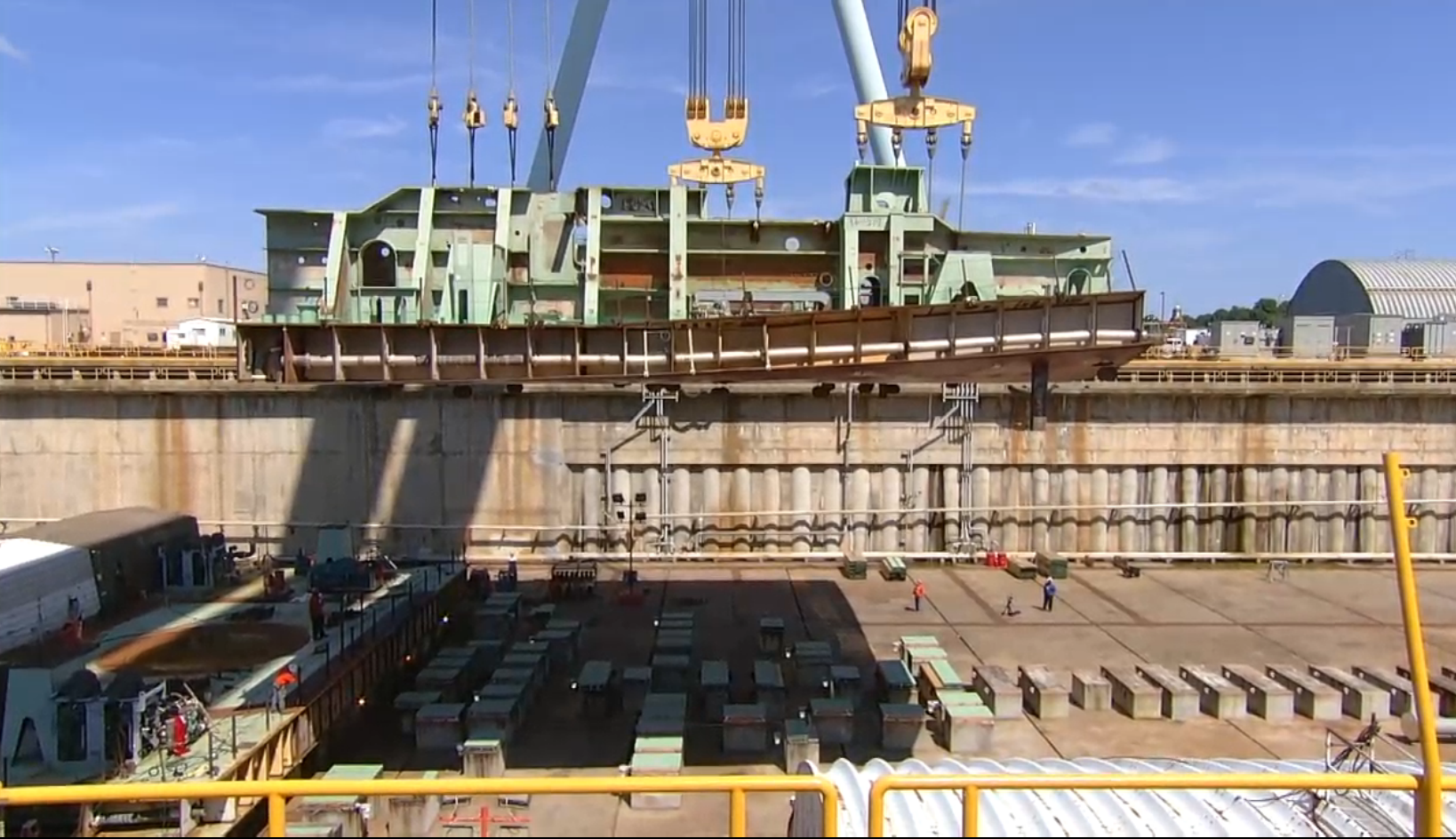 The ceremony marked the symbolic start of construction for the planned 100,000-ton carrier though elements of Kennedy have been built since 2010.

The initials of ship sponsor Caroline Kennedy — the daughter of President John F. Kennedy and current U.S. ambassador to Japan — were welded into a plate on the ship and Kennedy joined the ceremony via video.

“The aircraft carrier came of age in a time of conflict,” Kennedy said.
“It was untested, and the capabilities it brought were questioned. Since those early days, the carrier has come to be recognized as a symbol of peace, strength and freedom.” 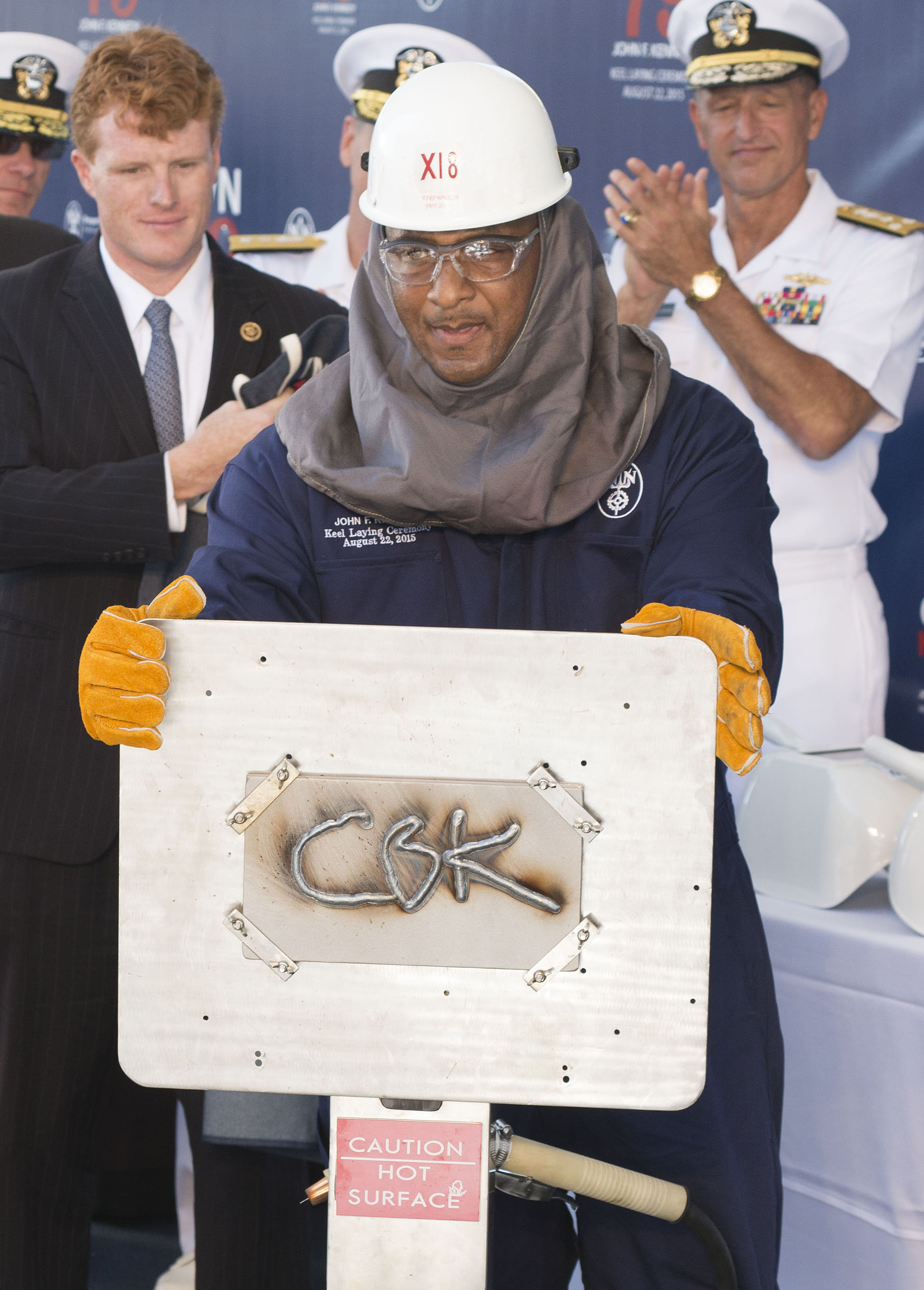 However, additional design and construction work for the first ship — Gerald R. Ford — have added more than $2 billion to the first-in-class ship since 2008 for a total of $13 billion.

The cost estimates for Kennedy have also increased since 2008 to more than $11 billion with Congress and the Navy currently at odds over the the ultimate size of a legislatively mandated cost-cap for the construction of the carrier.

Still, NAVSEA has promised to continue to squeeze out additional cost from carrier construction.

“With a stable design, mature requirements and an improved build process we will reduce construction hours by 18 percent, lower the cost to build the ship by almost $1 billion in real terms compared to CVN-78 and meet the cost cap,” Program Executive Officer (PEO) Carriers Rear Adm. Thomas Moore said in a NAVSEA statement in June.