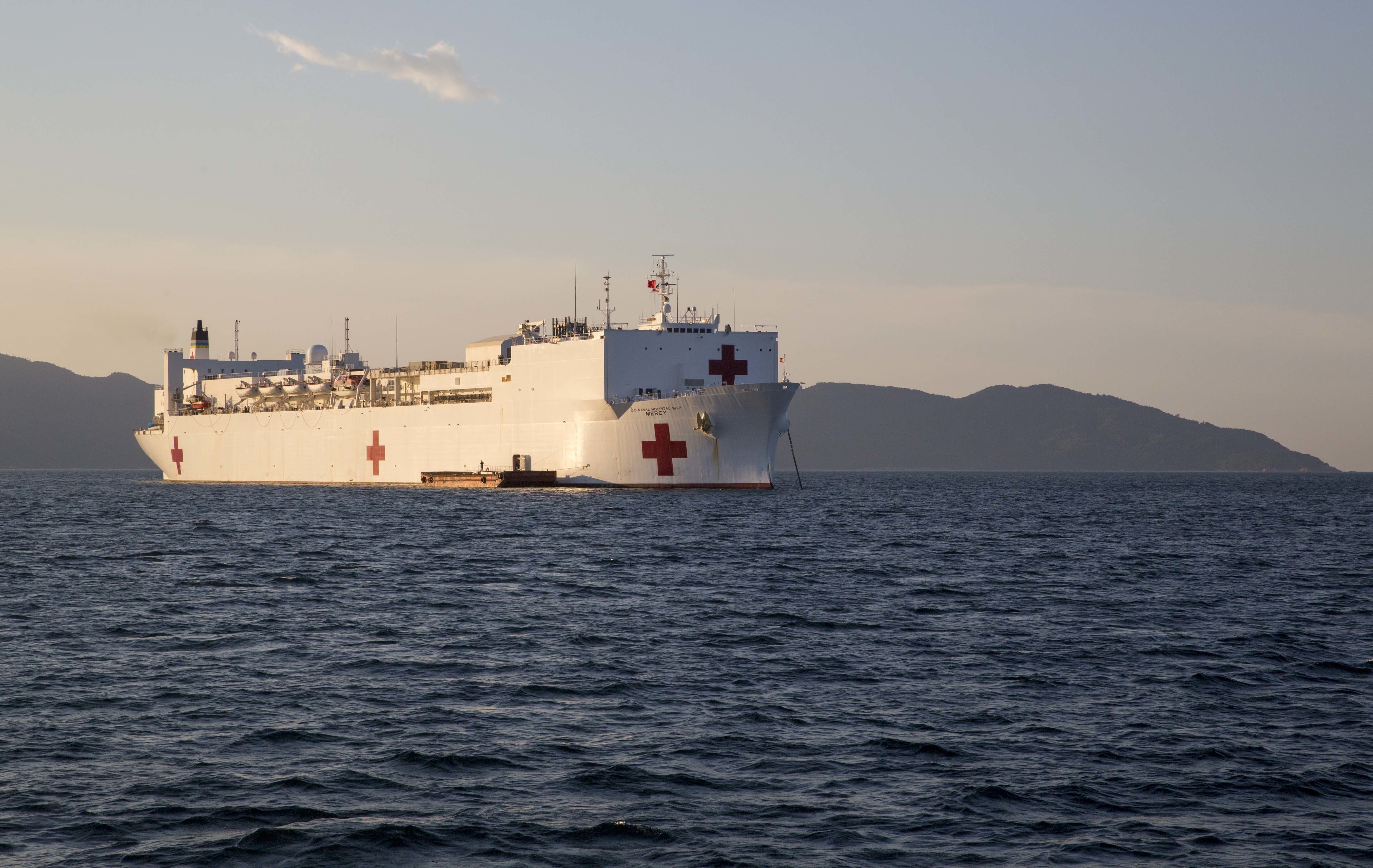 Hospital ship USNS Mercy (T-AH 19) sits at anchor upon its arrival off the coast of Da Nang, Vietnam on Aug. 17, 2015. US Marine Corps Photo

The visit is part of the 2015 iteration of the ongoing Pacific Partnership exercise in which the U.S. partners with countries in the region for HADR training and Vietnam is the last stop of the exercise for the two ships.

“While in Da Nang, U.S. and partner nation service members as well as non-governmental organizations will work together to conduct subject matter expert exchanges on various medical and disaster relief topics, dental engagements, and engineering civic action programs,” read a statement from the U.S. Pacific Fleet.

While the subsequent exercises with the crews of Mercy and Millinocket will focus on disaster relief and how to handle mass casualties, the visit of the two ships comes at the 20th anniversary of Vietnam and the U.S. normalizing diplomatic relations and months after a U.S. guided missile destroyer conducted limited exercises with the Vietnamese People’s Navy.

“This is the sixth time the U.S. has visited Vietnam in the 10 years we have been conducting Pacific Partnership. The visit by Mercy and Millinocket to Vietnam also coincides with the 20th anniversary of the normalization of diplomatic relations between the United States and Vietnam,” said Capt. Christopher Engdahl, the mission commander for Pacific Partnership 2015 in the statement.
“We look forward to working with our Vietnamese partners to fully understand the dynamics of preparing for disaster relief in this modern urban environment and furthering the partnership between our nations.” 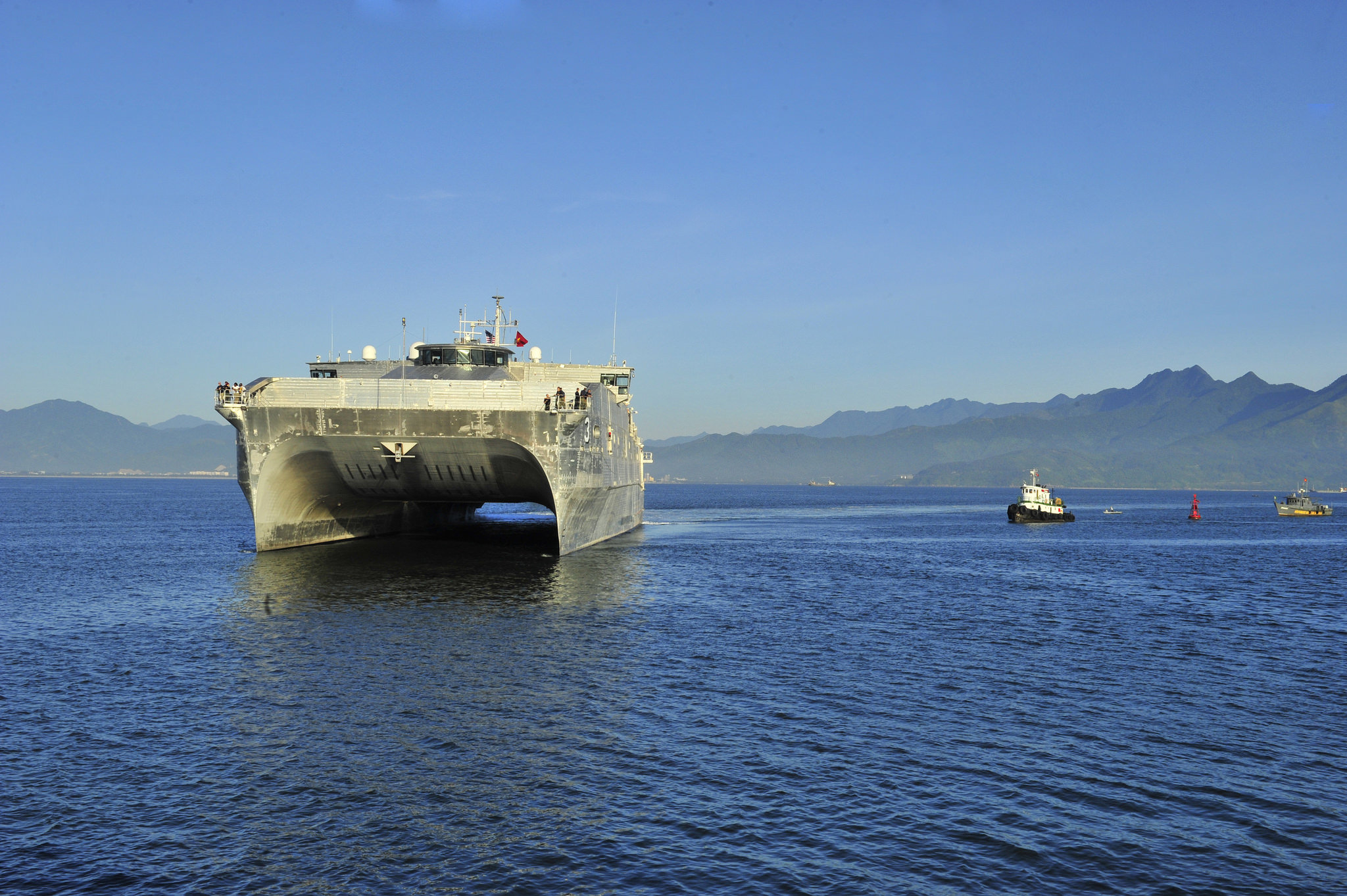 In April, USS Fitzgerald (DDG-62) and USS Fort Worth (LCS-3) traveled to Vietnam for the first ever at sea exchange between the two navies since the normalization of diplomatic relations.

In the last several years, the U.S. and Vietnam have cautiously expanded military-to-military contact against the backdrop of an expansionist China in the South China Sea.

Historically, the U.S. has taken care to walk a delicate balance between China and other South China Sea border countries by claiming neutrality in the territorial feuds.

However, the U.S. has taken more of a strident tone in the last several weeks as China continues land reclamation efforts in disputed territories — notably in the Paracel and Spratly island chains and continued to restrict movement in those areas near the reclaimed islands.

“Freedom of navigation and overflight are among the essential pillars of international maritime law,” Secretary of State John Kerry told the East Asia Summit in Kuala Lumpur according to a report in Reuters earlier this month.
“Despite assurances that these freedoms would be respected, we have seen warnings issued and restrictions attempted in recent months.”

In late July local press reported two Vietnamese fishing vessels had been rammed by a ship that matched the characteristics of a Chinese Type 072A Yuting II tank landing ship.