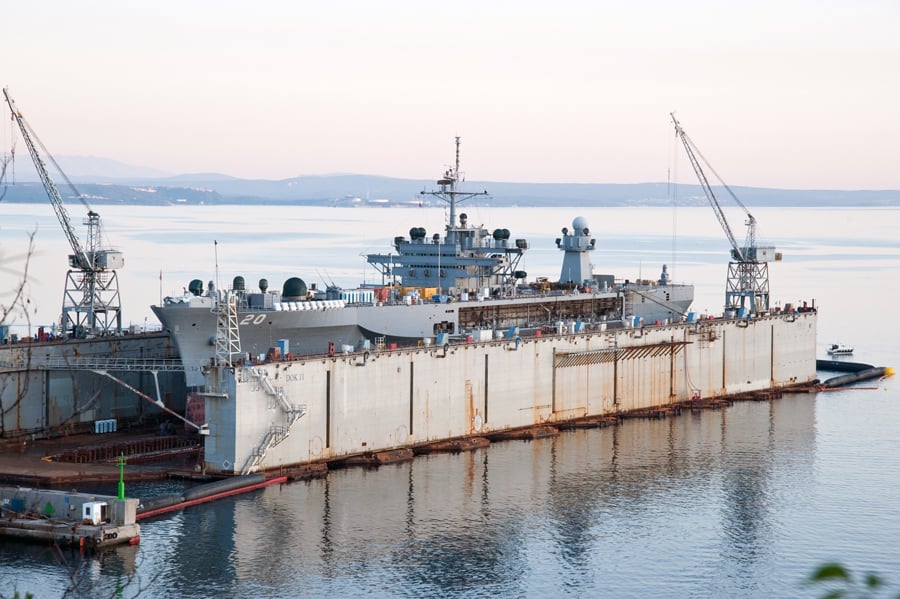 A 45 minute fire onboard the U.S. 6th Fleet command ship in late July will extend its stay in a Croatian shipyard by at least additional eight weeks, Navy officials told USNI News on Tuesday.

The fire resulted in no injures.

The Navy has completed its initial fact finding for the ongoing investigation into the cause of the fire that occurred during a planned maintenance availability at the Viktor Lenac Shipyard in Rijeka, Croatia and was

Mount Whitney had arrived that the yard in January and was nearing completion of a planned maintenance availability that would have extended the life of the 1970s era command ship into 2039.

The planned 70-year lifespan for the ships — decided by the service as part of its Fiscal Year 2012 budget submission — will only be second only wooden frigate USS Constitution, which was launched in 1797 and kept in the fleet for ceremonial purposes.

Although they occur, lengthy fires onboard U.S. ships undergoing repairs are rare.

In March, a three hour fire broke out on amphibious warship USS Gunston Hall (LSD-44) during a maintenance availability in Portsmouth, Va.

In 2013 an arson onboard USS Miami (SSN-755) led to the attack boat’s early retirement from service last year.