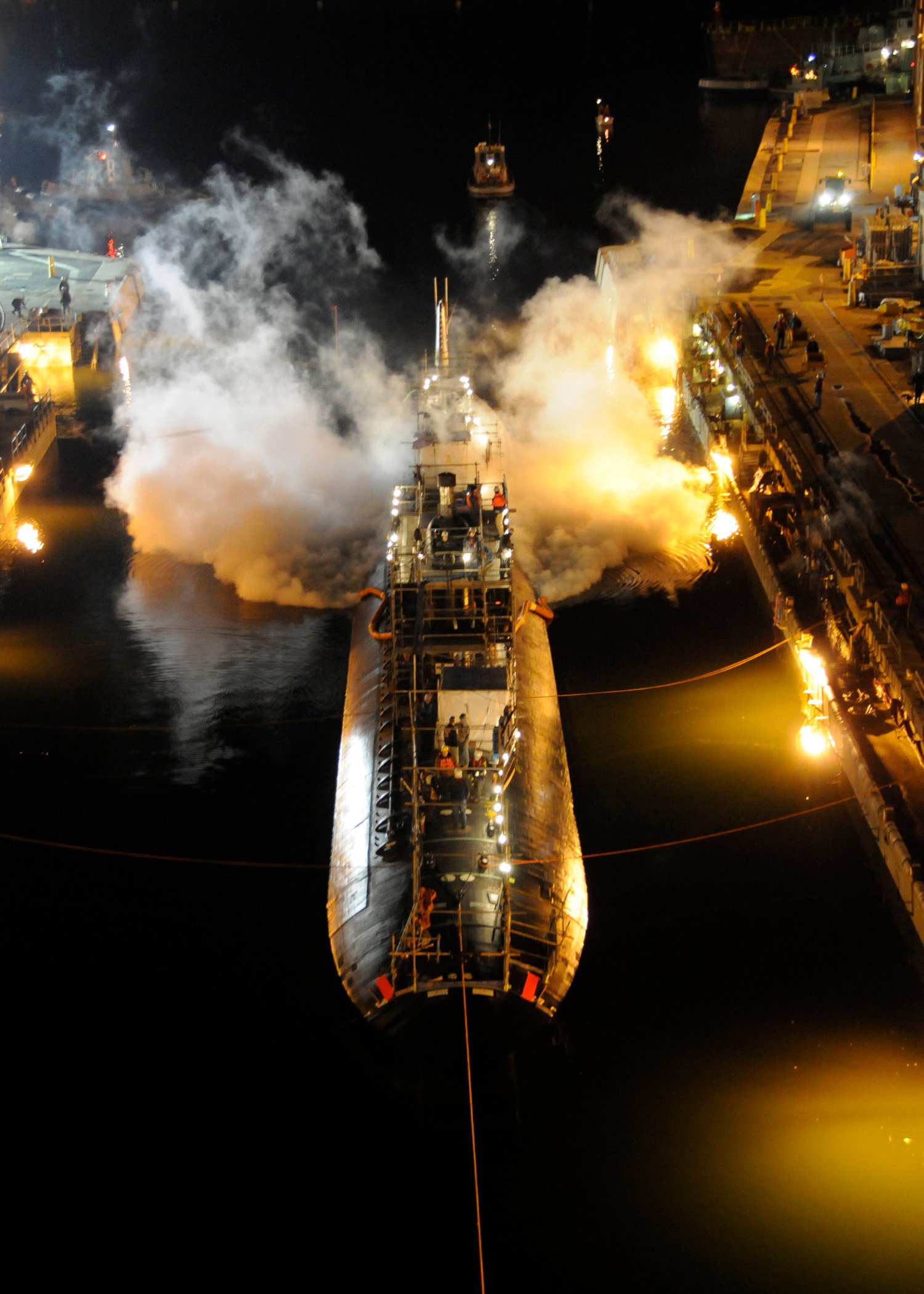 The Navy will hold a formal decommissioning ceremony for USS Miami (SSN-755), the Los Angeles-class attack boat (SSN-688) that was damaged by arson in 2012.

Originally commissioned in 1990, Miami had entered the Portsmouth yard to undergo a major overhaul in 2012.

While at the yard in May, Casey James Fury, 26, set a fire in a space that quickly spread through out the boat.

Fury was convicted of arson and is currently serving a 17 year prison sentence and required to pay the service $400 million — though prosecutors said it is unlikely he will ever make good.

The Navy initially said it would repair Miami but later said it was more cost effective to decommission the more than 20 year-old attack boat when cost estimates rose to $700 million.

“Miami is currently undergoing an inactivation process the Navy announced last fall. Her crew of 111 officers and enlisted personnel will all be reassigned to other units by December,” according to a statement from the service.

Miami will eventually have its fuel removed and be towed to Puget Sound Naval Shipyard, Wash. where it will be cut up for scrap.