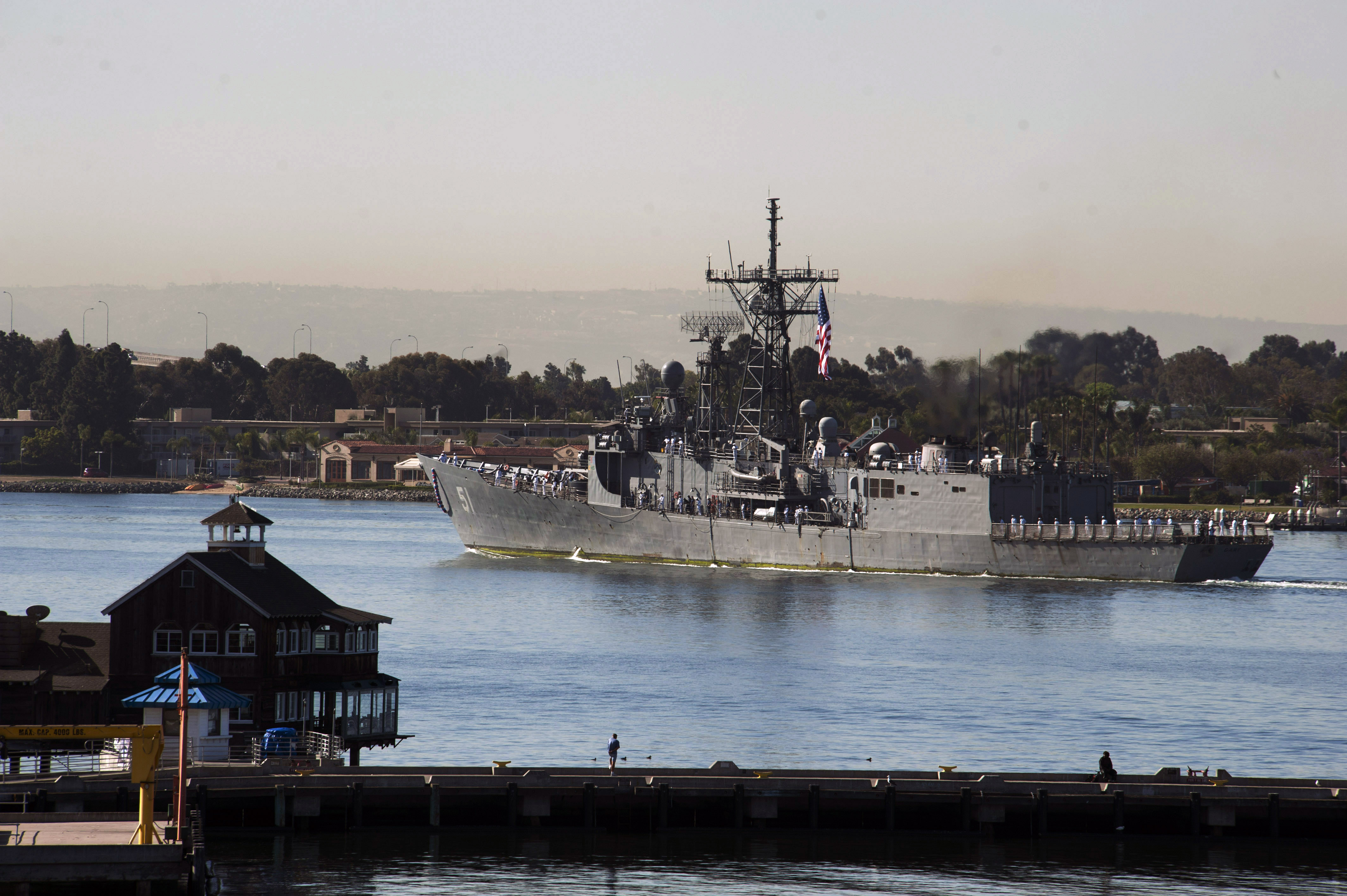 The last Oliver Hazard Perry frigate on the West Coast was decommissioned after more than 30 years in service in a Thursday ceremony at Naval Station San Diego, Calif.
Former and current crew from the USS Gary (FFG-51) gathered at the yard for the ceremony.

“These are the boys of Gary,” said second commanding officer, retired Capt. Dallas Bethea, during remarks at the ceremony.
“These are the boys, the men, who were integral in the success of the ship. They took a ship that was nothing in the shipyard and created a warship. It wasn’t me, my predecessor or successor; it was the boys of Gary. That is the heart and soul of the ship, the men who serve aboard her.

Following the ceremony, the ship will now be readied for sale to Taiwan, along with three other Perrys.

The Naval Vessel Transfer Act of 2013 — signed by President Obama in December — approves the sale of up to four frigates to Taiwan.

The final Perry in commission — USS Kauffman (FFG-59) — returned from deployment in mid-July.

Originally built as escort ships, the Perrys spent their last days in service as platforms for peacetime missions like anti-trafficking and maritime cooperations.

Many of their roles will be taken over by the emerging two classes of Littoral Combat Ship and the Joint High Speed Vessel (JHSV).