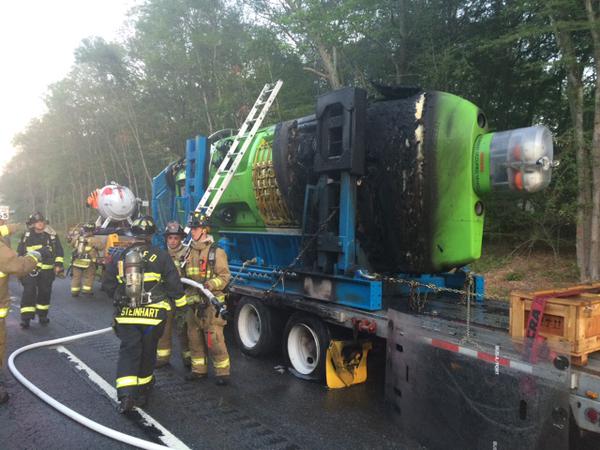 Deepsea Challenger — the submersible that brought film maker James Cameron to the deepest known spot on the ocean floor — was damaged when the truck carrying it caught fire Thursday, according to a statement from Woods Hole Oceanographic Institute provided to USNI News.

“[Thursday] a flatbed truck carrying the Deepsea Challenger submersible and science platform in transit from Woods Hole, Mass., to Baltimore, MD, caught fire on I-95 in Connecticut. The fire caused some damage to the deep ocean exploration vehicle; surveyors are still determining the cause of the fire and the extent of the damage,” Woods Hole Oceanographic Institute (WHOI) said in a statement.

Woods Hole Oceanographic Institute now owns the submersible, after Cameron donated it to the research center in 2013.

Cameron, in a joint scientific expedition with the National Geographic Society and Rolex, spent seven years developing the 24-foot human-occupied vehicle. On March 26, 2012, he descended to the Challenger Deep in the Mariana Trench – to a depth of 35,787 feet – to capture high-resolution 3D images and samples that led to the identification of nearly 70 new species within the first year of research, according to a WHOI press release from 2013. 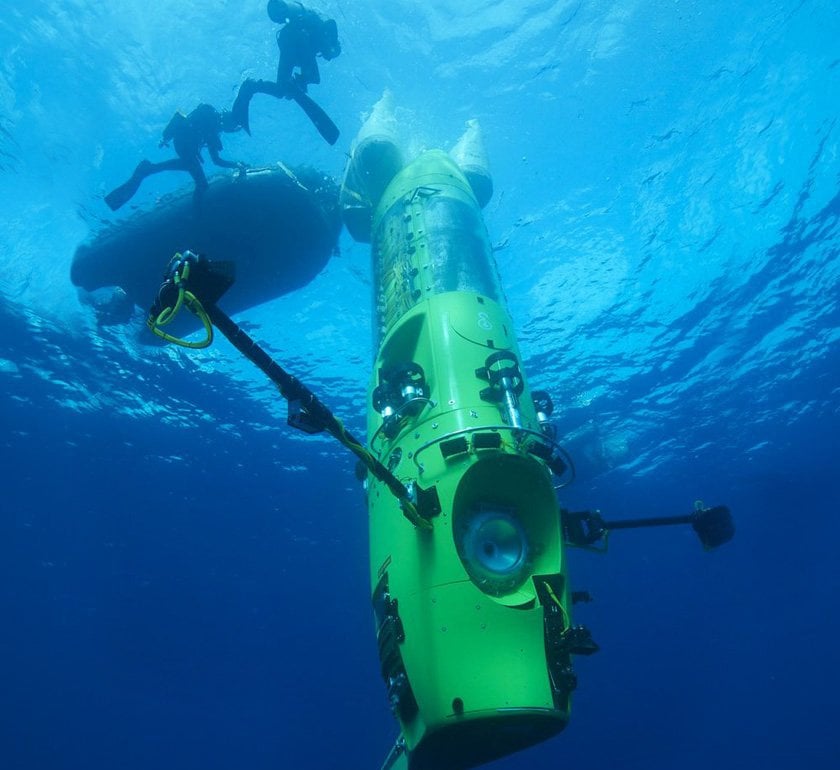 Cameron transferred the submersible to WHOI on the one-year anniversary of the dive with the intent of bringing their engineering teams together to “incorporate the sub’s numerous engineering advancements into future research platforms and deep-sea expeditions. This partnership harnesses the power of public and private investment in supporting deep-ocean science,” according to the press release.

WHOI was transporting the submarine to Baltimore, where it would then be shipped to Australia on temporary loan, according to the institute’s statement.

“There are always setbacks in exploration. That’s how I see this – a setback,” Cameron said in a statement through WHOI.
“We don’t know the full extent of the damage yet, but what I do know is that the sub is built tough, and the section that burned is mostly buoyancy, with no critical systems. The pilot sphere, the hydraulics, the thrusters, robotic arm and the other complex and expensive systems are safe. So, in my mind it’s a certainty that Deepsea Challenger can dive again.”