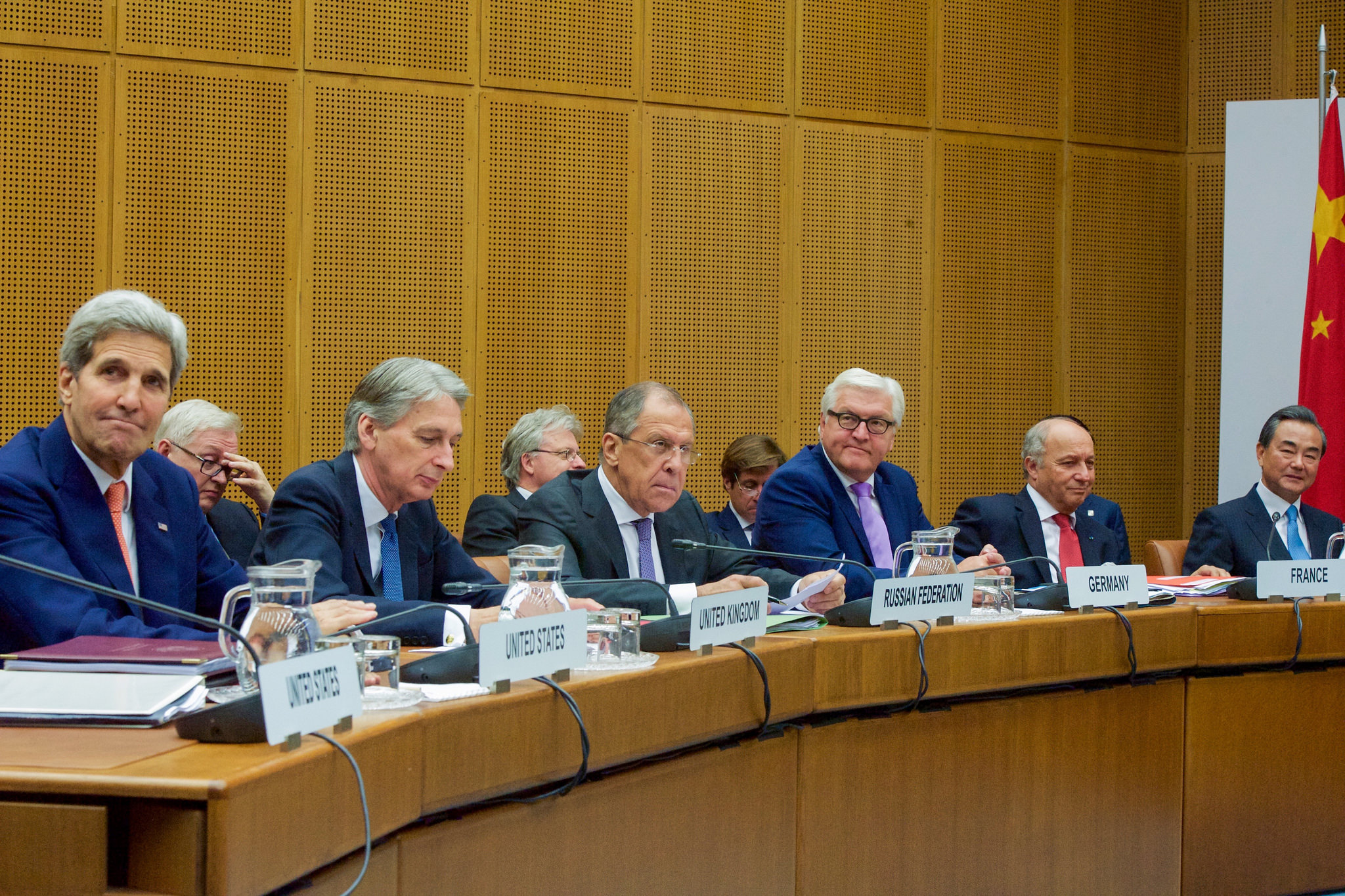 A one-time hostage of Iran and now a professor at the U.S. Naval Academy says this week’s nuclear weapons agreement with Iran comes down to “this issue of trust” and gave the new Iran nuclear deal his support.

Speaking Wednesday at an Atlantic Council forum in Washington, D.C., John Limbert added that political figures in Tehran and Washington both thing, “We can’t trust them.”

But “to quote the president, you don’t make agreements like this with your friends,” said Limbert, who was held hostage for 444 days following the seizure of the U.S. Embassy during the 1979 Iranian revolution.

“This is not our first rodeo” in reaching a nuclear “agreement with bad actors—the Soviet Union and Muammar Gadhafi,” Jim Walsh of the Massachusetts Institute of Technology, said.

Although “our expectation is Iran . . . will comply with this agreement on day 20 and year 20,” Jon Wolfstahl of the National Security Council, said, “we’re not assuming Iran is changing its stripes” in supporting Hezbollah, Hamas, the Houthis and the regime of Bashar al-Assad in Syria.

“We’re expecting the neighborhood is going to be bad.”

Wolfstahl called the agreement “a very good deal,” in part, because of its details covering 100 pages of often technical points separating nuclear energy programs from the development of nuclear weapons. “The details are here.” He noted that two agreements with North Korea were four and five pages long, respectively, and the most recent one with Russia covered three pages.

“The deal works if the verification program [of the International Atomic Energy Agency] works,” he said.

Walsh said the Saudis, Israel and dissidents in Iran “will be looking for cheating.” He added that U.S. intelligence believes the Iranian government has “not made a decision to build a bomb” and “they are at a fork in the road.”

Thomas Shea, a former senior official with IAEA, said the agency “needs clear authority for these [verification] tasks” and financing to cover everything from on-site inspections to open-source data mining to reviewing suppliers to Iran’s nuclear energy programs to environmental sampling and satellite imagery.

“North Korea refused to allow inspection of a hidden [nuclear] waste facility” and on-site inspections there “have been lying in a ditch ever since,” he said.

Wolfstahl said that within days and possibly hours the IAEA and the signatories to the agreement would know of a possible violation. “Sanctions can snap back under our authority” through U.S. and U.N. Security Council actions. “We don’t need Russia; we don’t need China” to re-impose sanctions when they are finally lifted.

On sanctions relief, he said, “There is no signing bonus” and the agreement “gives [the Iranians] a pathway to come back into compliance” with the nuclear non-proliferation treaty.

In answer to a question, Shea said Iran and any other country working with the IAEA, a U.N. organization, did have the right to bar inspectors from specific nations. Iran does not want inspectors from the United States, he added.

Looking at the agency’s ability to verify compliance, Walsh said, “This is not your father’s IAEA” of the 1990s. “We have tools the agency couldn’t imagine” then.