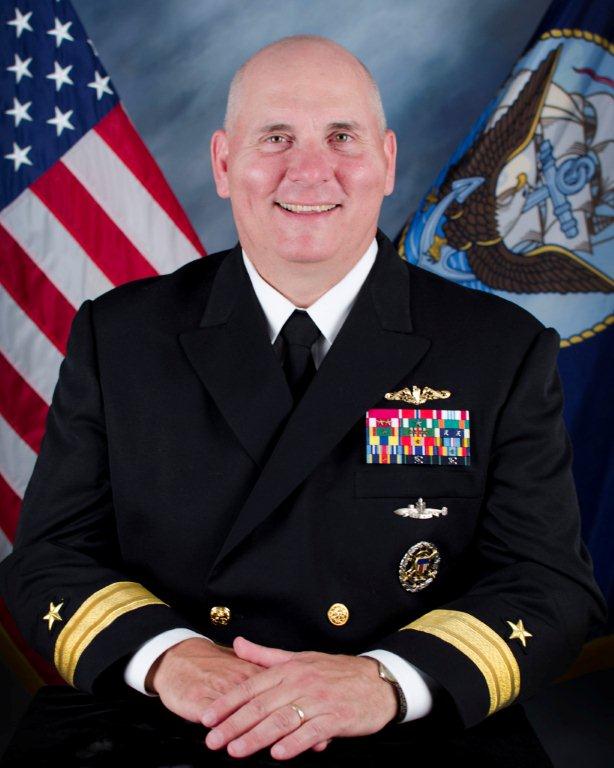 Rear Adm. Michael Jabaley, commander of the Naval Undersea Warfare Center, will serve as the next program executive officer for submarines. US Navy photo.

The Navy selected Rear Adm. Michael Jabaley to serve as the next program executive officer for submarines, where he will balance keeping the Virginia-class attack submarines on track and seeing the Ohio Replacement Program ballistic missile submarines through its research and development phase.

Jabaley serves as commander of the Naval Undersea Warfare Center (NUWC), a research, development, test and evaluation organization for submarines and underwater systems. He was selected for flag rank in 2011 and assigned as vice commander of Naval Sea Systems Command (NAVSEA). He then became NAVSEA’s deputy commander for undersea warfare before taking over NUWC.

Jabaley served aboard USS Drum (SSN-677), USS Ohio (SSBN-726) and USS City Of Corpus Christi (SSN-705) and commanded USS Louisville (SSN-724) from May 2002 to August 2004. Ashore, he was deputy commander of Submarine Squadron 1 in Pearl Harbor, an operations officer in nuclear operations on the Joint Staff, a technical assistant to the director of Naval Nuclear Propulsion, and more.

He also served as assistant program manager for warfare requirements and test and evaluation for the Virginia Class Submarine Program Office when it earned the David Packard Excellence in Acquisition Award in 2008.

As the submarine community prepares for some big changes – the Navy and industry will have to incorporate not only ORP but also the Virginia Payload Module into their workloads – several familiar faces will take on new roles. Naval Nuclear Propulsion Program (Naval Reactors) director Adm. John Richardson was nominated to serve as the next chief of naval operations. His successor at Naval Reactors has not yet been announced.