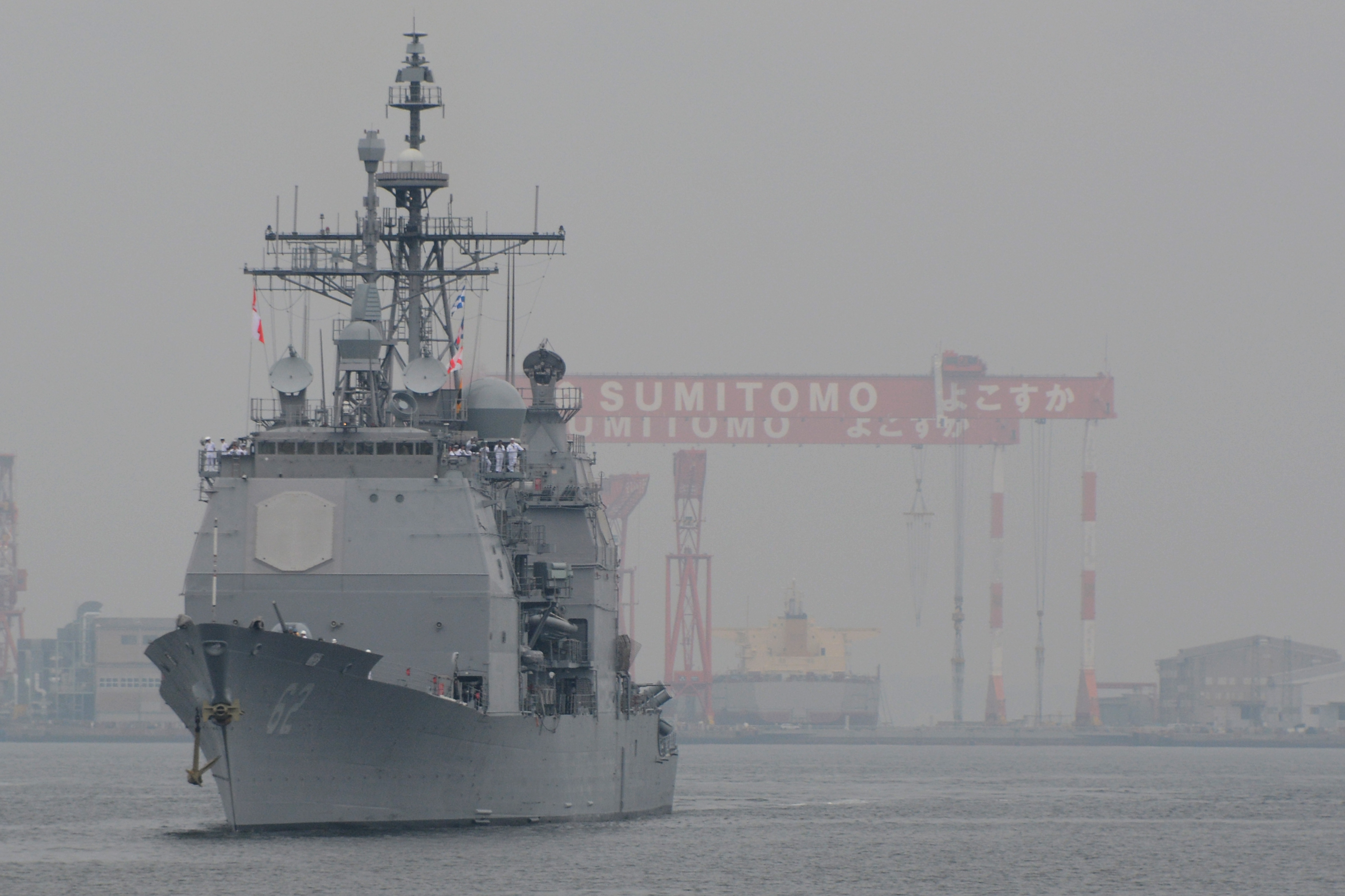 The modernized guided missile cruiser USS Chancellorsville (CG-62) has arrived in Japan to join the U.S. Navy’s Forward Deployed Naval Forces in the Western Pacific, the Pentagon announced on Thursday.

The cruiser is the first in its class to receive the Aegis Baseline 9 upgrade to its combat system that allows the ship to operate in the service’s emerging Navy Integrated Fire Control-Counter Air (NIFC-CA). Key planned upgrades for the Japanese Self Defense Force will give Japanese destroyers more options to work with the upgraded ship.

The ship had departed Naval Station San Diego in late May to transit to its new homeport. Chancellorsville had previously been part of the FDNF from 1998 to 2006.

“My crew and I could not be more excited to be in Yokosuka today, to join the United States forward-deployed forces,” said Capt. Curt A. Renshaw, commanding officer of the Chancellorsville said in a statement.
“The addition of Chancellorsville provides a great capability and capacity in the region.”

Positioning the ship in Japan is part of an overall Pentagon push to position some of the U.S. newest and most capable systems to the Western Pacific.

In 2013, during the Aegis Baseline 9 testing, Chancellorsville was struck by a malfunctioning target drone. The Navy spent six months and $30 million repairing the damage.