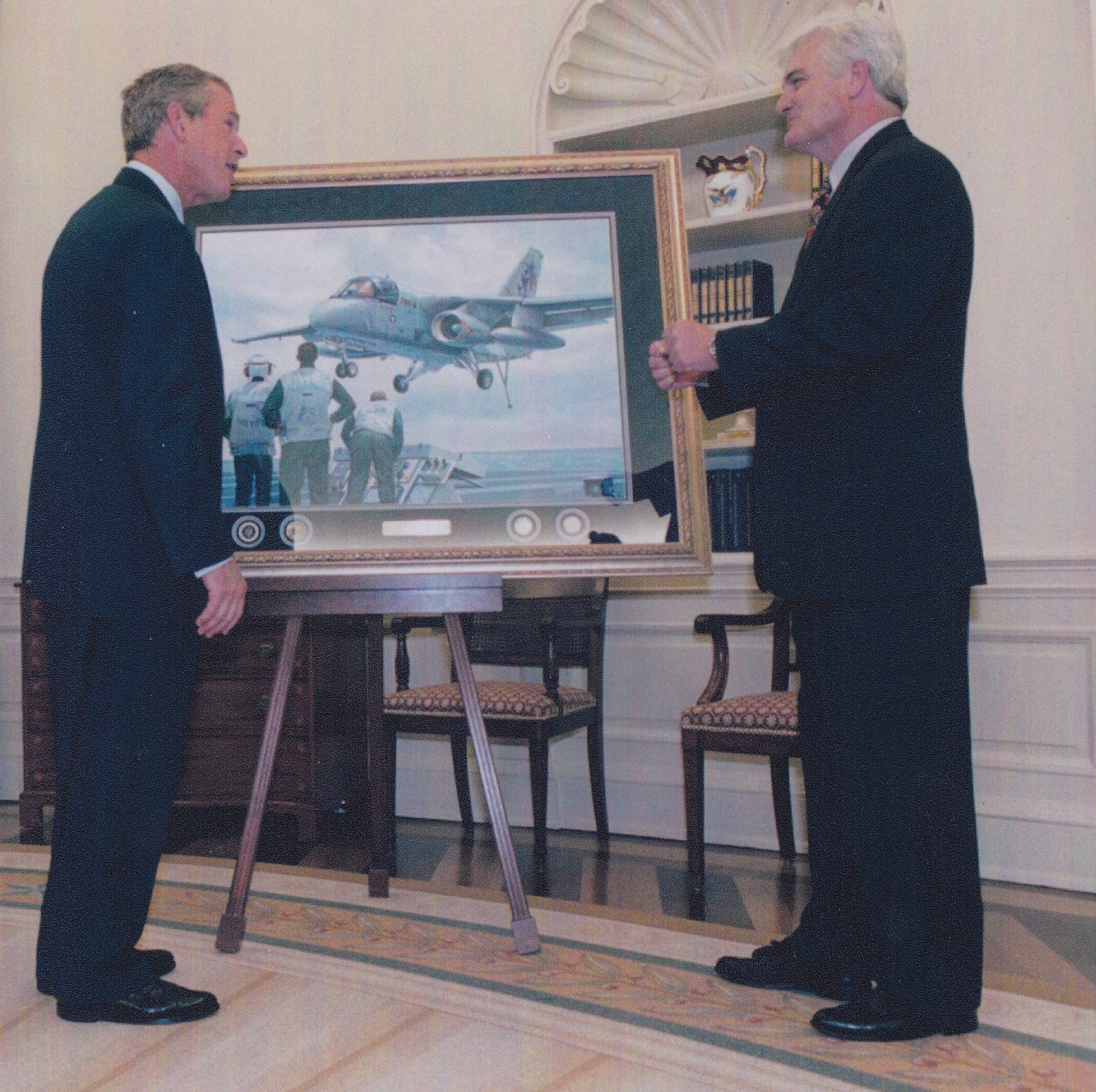 Tom Freeman presents “A Presidential First” to President George W. Bush at the White House. The painting shows the President landing in an S-3 aboard the USS Abraham Lincoln (CVN-72) on 1 May 2003. US Naval Institute Photo

The worlds of art, history and all things maritime lost a well-known master this week. Internationally acclaimed watercolorist Tom W. Freeman died on Tuesday after a brief illness. He was 62.

A native of Pontiac, Mich, he called the Baltimore, Md., area his home since age 12. After serving in the U.S. Marine Corps Reserve and the U.S. Army, he turned his attention to a passion for presenting snapshots of naval history in his paintings.

U.S. Naval Institute Proceedings Art Director Delroy Kiser was so impressed with his early work that Freeman’s first magazine cover was for the February 1977 issue.

Since then, his cover images have appeared on 9 issues of Proceedings and 22 editions of Naval History, along with Reader’s Digest, Popular Mechanics, Boating, Yachting, Business Week and TV Guide. 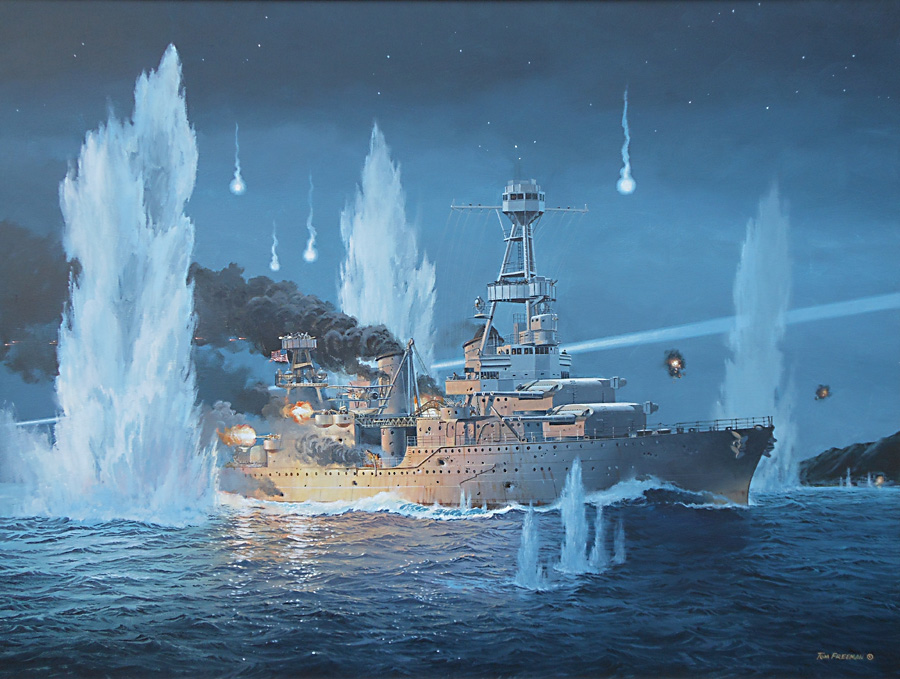 The Tom Freeman painting, ‘They Sold Their Lives Dearly’ depicts USS Houston, CA 30 valiantly fights on alone during the night of February 27-28, 1942 against an overwhelming Japanese Naval Force.

Freeman was best known in historical circles for his meticulous research, presenting images that otherwise had never been properly captured in either photos or on canvas. He gained international attention over his career, with original artwork in the collections of the Vatican, the Clandestine Immigration and Naval Museum in Haifa, Israel, and the Royal Palace of Bahrain.

In the United States, a number of his works are hanging or have hung in the White House since 1987. The National Museum of the U.S. Navy, the U.S. Naval Academy and the USS Arizona Memorial at Pearl Harbor also feature his paintings.

The July 2015 issue of Proceedings will feature “The Man Behind the Art,” a retrospective of his career in images and testimonials from prominent enthusiasts for how Freeman worked and lived.

“The entire community of those who appreciate naval history feels the loss of this incredible talent,” said the Naval Institute CEO, retired Navy Vice Adm. Pete Daly.
“Tom’s memory will live on in his art that has touched so many of us.”

Freeman is survived by his wife Ann, five children and 13 grandchildren.