The naval exercise BALTOPS 2015 is bringing the U.S. Navy and its European friends and allies to a Nordic-Baltic region that is newly tense in the wake of the Ukraine crisis. The exercise also indicates that the Baltic Sea is playing a new role as a maritime space, and that anti-access/area-denial challenge is more than just a Pacific problem.

The annual maritime exercise in the Baltic Sea is under way and bigger than ever, with about 49 ships, 69 aircraft, and a submarine involved. The U.S. Navy is well represented by, among others, the USS San Antonio, and the Royal Navy has brought its largest warship, HMS Ocean to the region. An exercise of long standing, BALTOPS has in previous iterations focused on the lower end of the operational spectrum, in order to prepare U.S. friends and allies in the region to participate in, for example, humanitarian or counterpiracy operations. This year, however, naval and amphibious warfighting is back as a centerpiece of BALTOPS, including even an amphibious landing, as well as B-52s swinging through at low altitudes to practice dropping sea mines off the southern coast of Sweden to halt an amphibious landing by an aggressor. The harder-edged BALTOPS says a lot about the changing maritime environment in the Baltic Sea, which promises new challenges for U.S. and allied maritime power.

After the end of the Cold War the Baltic Sea region became a runaway success for the U.S. policy of a Europe free, whole, and at peace. In the early 1990s the United States successfully nudged remnant Russian forces out of the Baltic states through the use of diplomacy; Estonia, Latvia, and Lithuania quickly set down the road of Western integration through NATO and EU membership. Meanwhile, Finland and Sweden began to deepen their own partnerships with NATO and the United States, leading the two countries to participate in operations in far-flung places, such as Afghanistan, Libya, and off the Horn of Africa. This new tranquility was reflected in the maritime space of the Baltic Sea too. Russia’s Baltic Sea fleet was a modest force at best, and remained mostly at the piers in Kaliningrad and St. Petersburg. Maritime security concerns were mostly focused on search-and-rescue at sea (which rose to real prominence after the MS Estonia catastrophe in 1994), illegal fishing, and the release of toxic waste at sea.

That began to change quickly in the wake of the Ukraine crisis. The Baltic Sea region became the new friction zone between NATO and the United States on one hand, and an increasingly assertive Russia on the other. And much of the pushing and prodding between the West and Russia has happened on, above, or below the surface of the Baltic Sea.

Both Sweden and Finland have experienced submarine intrusions deep into their territorial waters, and the intrusions seem designed to convey political messages, as they both occurred shortly after both Helsinki and Stockholm had formed new governments. Finnish research vessels have also been buzzed by Russian naval helicopters, as well as having Russian warships run dangerously close to them while in international waters. More recently, a joint Swedish-Lithuanian cable-laying effort (part of an initiative to free Lithuania from its dependence on Russian gas) was disrupted when a Russian surface ship entered the construction area in Lithuania’s exclusive economic zone. In the air the situation has also become increasingly tense. Russian bombers have simulated attack runs against targets in both Sweden and Denmark, while commercial airliners have experienced several close calls with Russian military jets flying with their transponders turned off.

To be sure, Russia has legitimate maritime interests in the Baltic Sea. It provides an important link between St. Petersburg and Kaliningrad, and Gazprom’s Nordstream runs along the bottom of the Baltic Sea. Furthermore, the Russian navy frequently uses the Baltic Sea for sea trials of new submarines and surface combatants. Still, the Russian military posture in the region has become more aggressive, and the echoes from Ukraine are keenly heard in the region.

That has led to a flurry of activity in the region, as the nations there seek to respond to the new Russian behavior, and bolster military capabilities that have largely been on the wane since the end of the Cold War. Poland is eyeing new submarines, perhaps with standoff land attack missiles, while the Swedish government has given the go-ahead for procuring a new class of attack submarines, the A26. Regional defense cooperation has also deepened, with Denmark and Sweden close to agreeing to provide access to one anothers air and sea spaces for military aircraft and ships. Sweden and Finland have also begun to seriously plan for cooperation during a crisis and wartime. Still, the capabilities shelf is relatively bare. Sweden has halved its submarine force since the end of the Cold War, and its surface combatants (reduced by two-thirds during the same period) lack air-defense systems. Finland, on the other hand, is facing a serious procurement crunch over the next decade, as Helsinki will have to recapitalize key systems in both its air force and navy, which is ever more costly. The Baltic States themselves have modest maritime forces, made up of patrol boats and minesweepers. 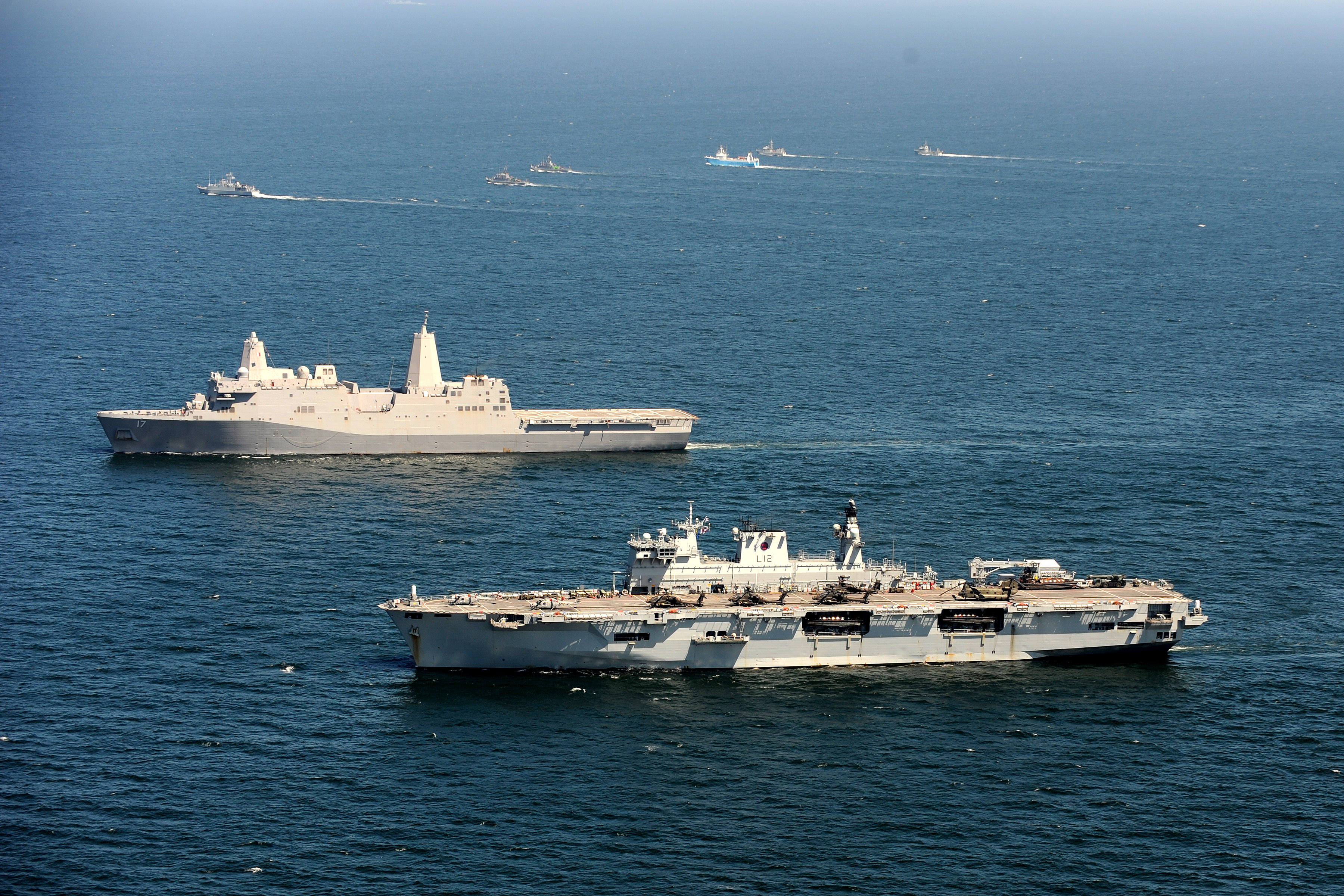 Strategically speaking, the Baltic Sea plays a different role in this new era of tension in Europe. During the Cold War, it served as a moat on NATO’s northern flank that separated NATO members Norway and Denmark (and unaligned Sweden) from the Soviet Union and the occupied Baltic States. The central military problem consisted of how to stop a Soviet invasion of Scandinavia across the Baltic Sea, which could, if not halted, eventually reach Norway and the Atlantic. Today, the Baltic Sea is the maritime space that needs to be controlled in order to deter aggression against NATO’s Baltic members, or crossed in order to flow reinforcements into the Baltics in case of a crisis. Operationally the Baltic Sea presents a real challenge for maritime forces. It is a tight space, meaning that aircraft and surface units are within reach of land-based antiship missiles and air-defense systems (such as the S-300 and S-400) nearly at all times. Furthermore, the Baltic Sea is shallow (average depth of 180 feet) and has plenty of brackish water, which means that anti-submarine warfare is a tedious and difficult job. It is therefore ideal for conventional submarines and small surface combatants, but daunting for the larger warships of the U.S. Navy. In short, in the Baltic Sea region NATO and the United States are facing an emerging anti-access/area denial challenge.

Exercises such as BALTOPs are becoming more important in order to signal U.S. and NATO resolve in a Nordic-Baltic region that is increasingly tense in the wake of the Ukraine crisis. It serves as a crucial reminder that while much of the U.S. and NATO reassurance measures in Europe to date have been ground based (with U.S. and European units fanning out across the Baltic States, Poland, Romania, and elsewhere), an effective response to Russia’s new aggressiveness must also come with effective and credible maritime components. And it also brings home the fact that the anti-access/area-denial challenge at sea, and in the air, is far from exclusively a Pacific headache.