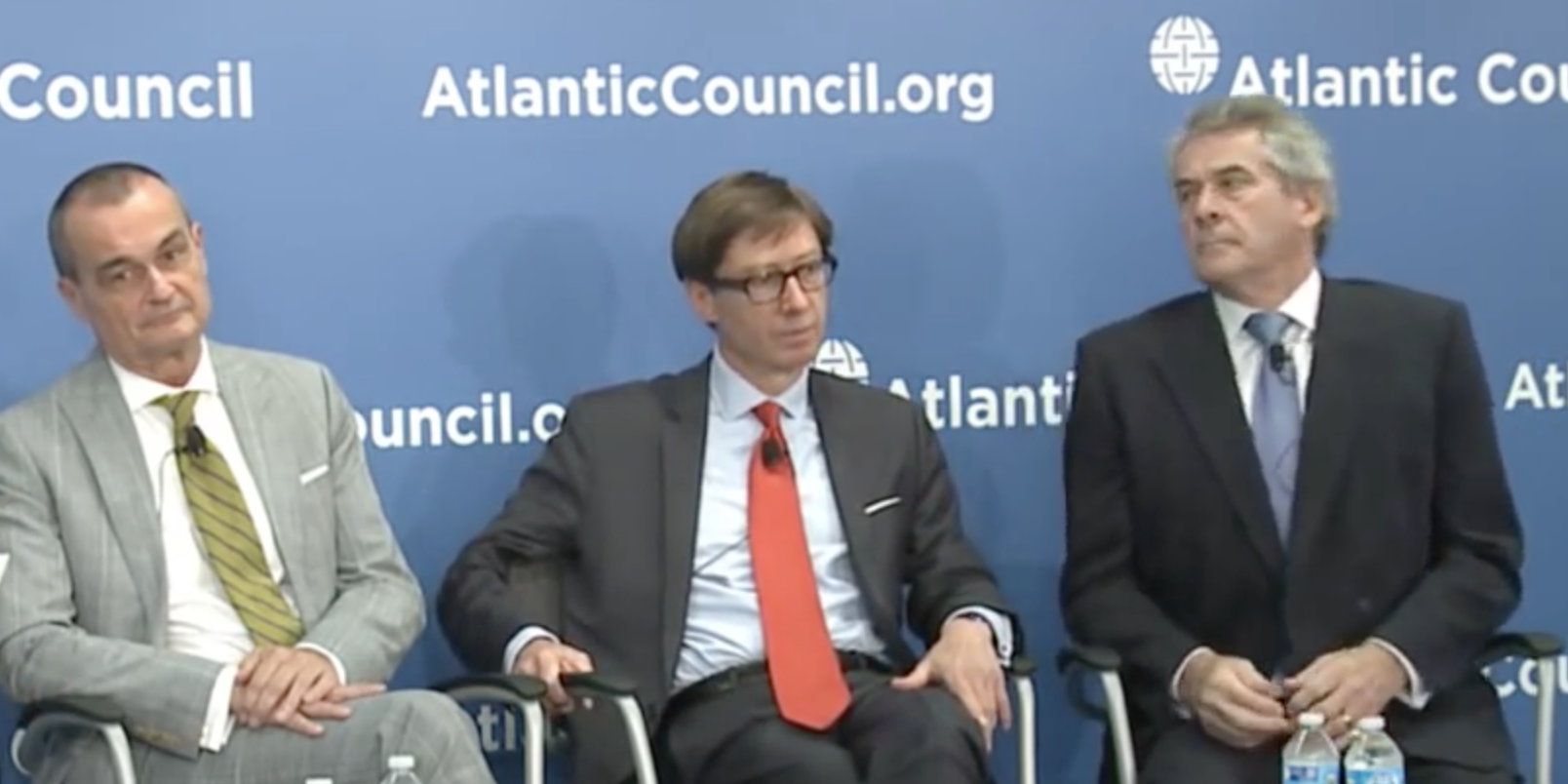 If talks with Iran fail to produce a solid agreement on ending its program to develop nuclear weapons, a “blame game” could develop that that might lead a number of countries to reconsider their support of continued sanctions, and also potentially set off a new arms race in the Middle East, the German ambassador to the U.S. said earlier this week.

Peter Witting said Tuesday to the Atlantic Council, “I would see a certain danger if the blame game in the international community comes to the conclusion that it is not Iran to blame for the failure to reach an agreement.”

Also speaking at the Washington, D.C., event, Peter Westmacott, Great Britain’s ambassador to the United States, said, “If we were to walk away, or if the Congress were to make it impossible for the agreement to be implemented then the international community would be pretty reluctant . . . to contemplate a ratcheting up” more sanctions against Iran.

“We would probably see more sanctions erosion than less, unless the deal collapsed” for reasons that were “incontrovertibly Iran’s responsibility.”

He added, “Russia and China were with us” in imposing tougher sanctions that eventually led Iran’s new president to Hassan Rouhani to re-open talks in 2013 after years of stalling.

Wittig offered a word of caution about new sanctions if the talks fail—even if the fault lies with Tehran. “We are probably not far away from high-water mark” of being able to impose more restrictions on Iran.

One reason for that is the sanctions have also taken a toll in Europe. For example, Wittig noted that German auto manufacturers and Siemens have ended production and sales in and to Iran. He added, when asked, that Russia’s decision to sell ballistic missile defenses to Tehran, while not technically breaking the arms embargo, “was not helpful at all” in keeping pressure on the Iranians.

These three European powers first opened negotiations with Iran over ending its then-secret program in 2003 when the Americans were pursuing a policy of “malevolent neglect” toward Iran, in Araud’s words, and took part in those talks 12 years ago.

The United States, Russia and China later the joined the talks that reached a “framework agreement” in April and set a deadline of the end of June to reach a comprehensive agreement that would lead to an end to sanctions and the curbing of the weapons program for at least a decade.

The administration has agreed to have Congress review any nuclear deal with Iran.

Araud and Westmacott said it is not clear that a comprehensive agreement can be reached by the end of June. “If we cannot get the right deal then there won’t be a deal,” Westmacott added.

Wittig said there was no reason to take Iran’s word on its ending the weapons program without strict inspections. “Distrust but verify.”

Even if an agreement is reached that includes “unprecedented and transparent inspection” of Iran’s nuclear facilities by the International Atomic Energy Agency, sanctions likely would not begin to ease until the end of the year, Wittig said.

The “Big Power” talks with Shi’ite-run Iran as raised serious concerns among the Sunni Arab nations and Israel about what happens to them if an agreement is reached or if the talks fail.

Wittig said that Iran’s support of Shi’ite groups such as Hamas in Gaza, Hezbollah in Lebanon, and the Houthis in Yemen have not been part of the nuclear weapons negotiations. “You can kill this deal if you link it to extraneous issues.”

But those countries need to know “there will not be a carte blanche for the Iranians to continue to destabilize the region,” Westmacott said.

The United Sates met with the Gulf Cooperation Council in early May trying to allay its concerns, as reported by USNI News.

The ambassadors generally agreed that there are two dangers in the region:

If the talks fail, other countries, notably Saudi Arabia with its close ties to Pakistan, could embark on its own nuclear weapons program, setting off an arms race in the region. Even if it succeeded, a number of countries in the Middle East and beyond might “be rushing to become one-year breakout states,” Araud said in answer to a question.