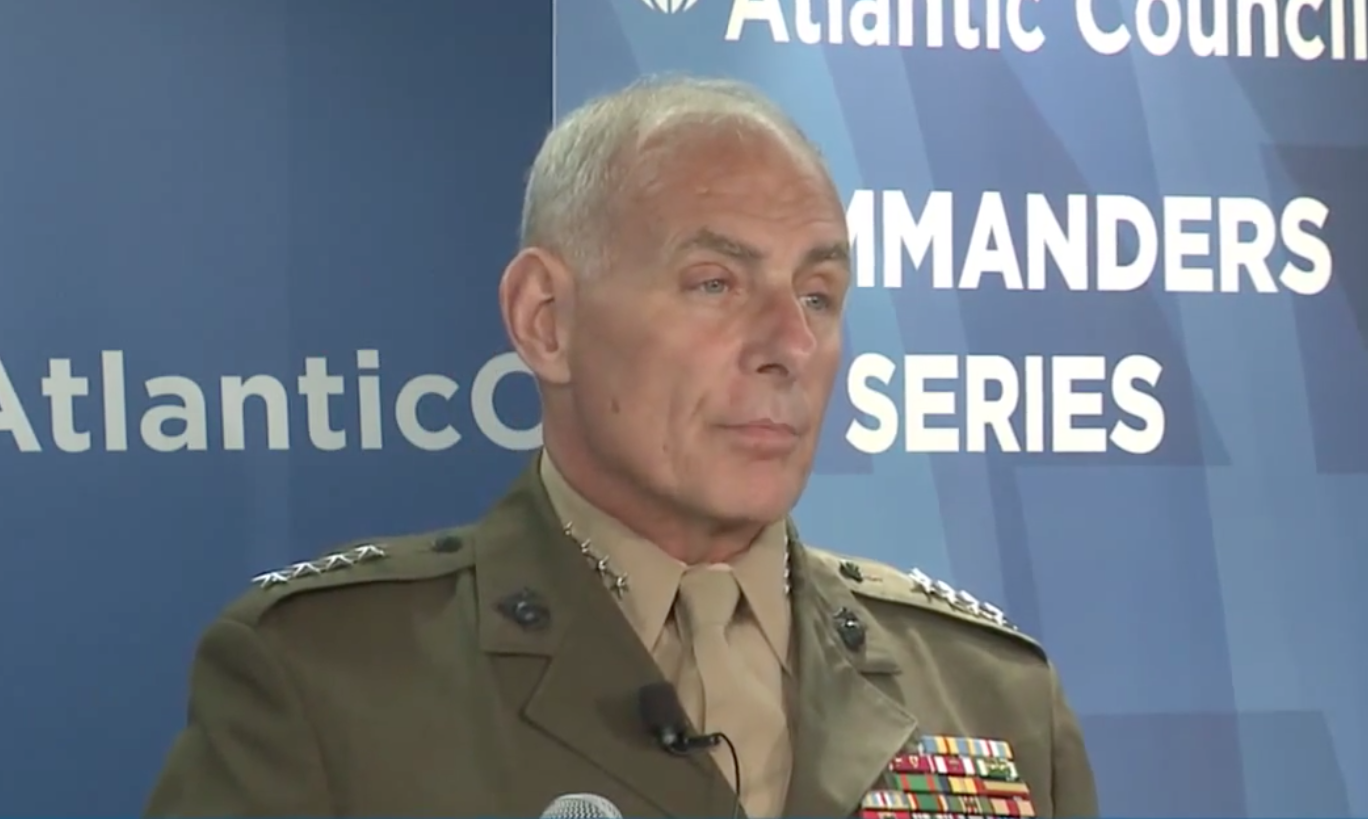 The existing criminal networks that bring drugs and people from Central American are growing in sophistication and the criminal enterprises are earning the gross domestic product of a small country, the head of Southern Command (SOUTHCOM) said on Tuesday.

Speaking in Washington, D.C. , he added, all that movement “pays criminally well”—$84 billion in cocaine sales alone; $650 billion overall. If the networks were nations, thy would have a gross domestic product greater “than all but 20 countries.” With submarines, jets, trucks, and a logistics operation that “Amazon would envy . . . they are no longer the cocaine cowboys” or even cartels.

Many of the problems in the region, such as the mass migration of children from Central America arriving on the U.S.-Mexic border are “the direct result of our drug consumption” in the United States. “In many ways [parents] are trying to save their children” from the violence in their own countries.

Kelly called Central America—particularly Honduras, El Salvador, and Guatemala—”transport zones” for the networks, where ministers, judges, and police are either bought off or killed. But over time, payments in the “transport zones” from the networks have shifted from cash to drugs to be sold by gangs, locally raising the level of violence. The networks “not only move it, but create markets.”

But he is encouraged by recent efforts in those three countries to work together on security, rooting out corruption and economic development. “Honduras was the No. 1 landfall” for drugs coming out of Colombia bound for the United States. Now, primarily through its own efforts, it is ranked fifth, he said, but declined to name the countries that are first through fourth.

Kelly said the work of the FBI, NSA, Drug Enforcement Administration, plus the U.S. Navy and Coast Guard and maritime forces from Central and Latin America, take 150 metric tons out of the drug flow northward or to Europe.

Following the narco trail becomes more difficult once the drugs are ashore.

There is a hope that over time the Central American countries can become a “miracle country,” like Colombia.

Even with its success, “Colombia is the No. 1 IED threat in the world” because FARC uses IEDs to defend its base camps and ward off intruders into the coca groves it controls.

Now the Colombians are assisting the United States in training other countries’ forces—such as those in Honduras, El Salvador and Guatemala—on how to improve security without trampling on human rights.

“If we don’t help Central America . . . we can see a mass migration the likes of which we have never seen before.” He said Latin Americans are perplexed that the United States officially is advising countries not to legalize drugs while some U.S. states and localities are approving the sale of marijuana or decriminalizing it.

Responding to a question about the United States’ investigation of the Venezuelan government’s role in drug trafficking, Kelly said, “I live in a dark world of drugs.” From the intelligence he receives he knows that some ships and planes are either sunk or shot down or blocked from leaving Venezuela, but some are not. “Someone is making money.”

Kelly said he wishes “we had more resources to look at bad things,” but realizes that Southern Command does not face the same kind of challenges that Central Command does.

“For the most part, Latin America is a good news story” with the 45 nations and territories in the command “generally at peace” and its “economy is growing.” He said even in the countries hardest hit by violence in Central America, polling shows people are more hopeful about their lives and their futures.

“Our president has begun paying more attention” to the region, including requesting $1 billion primarily for economic development. He said President Barack Obama and Vice President Joe Biden are held in high respect in the Caribbean, Central, and South America.