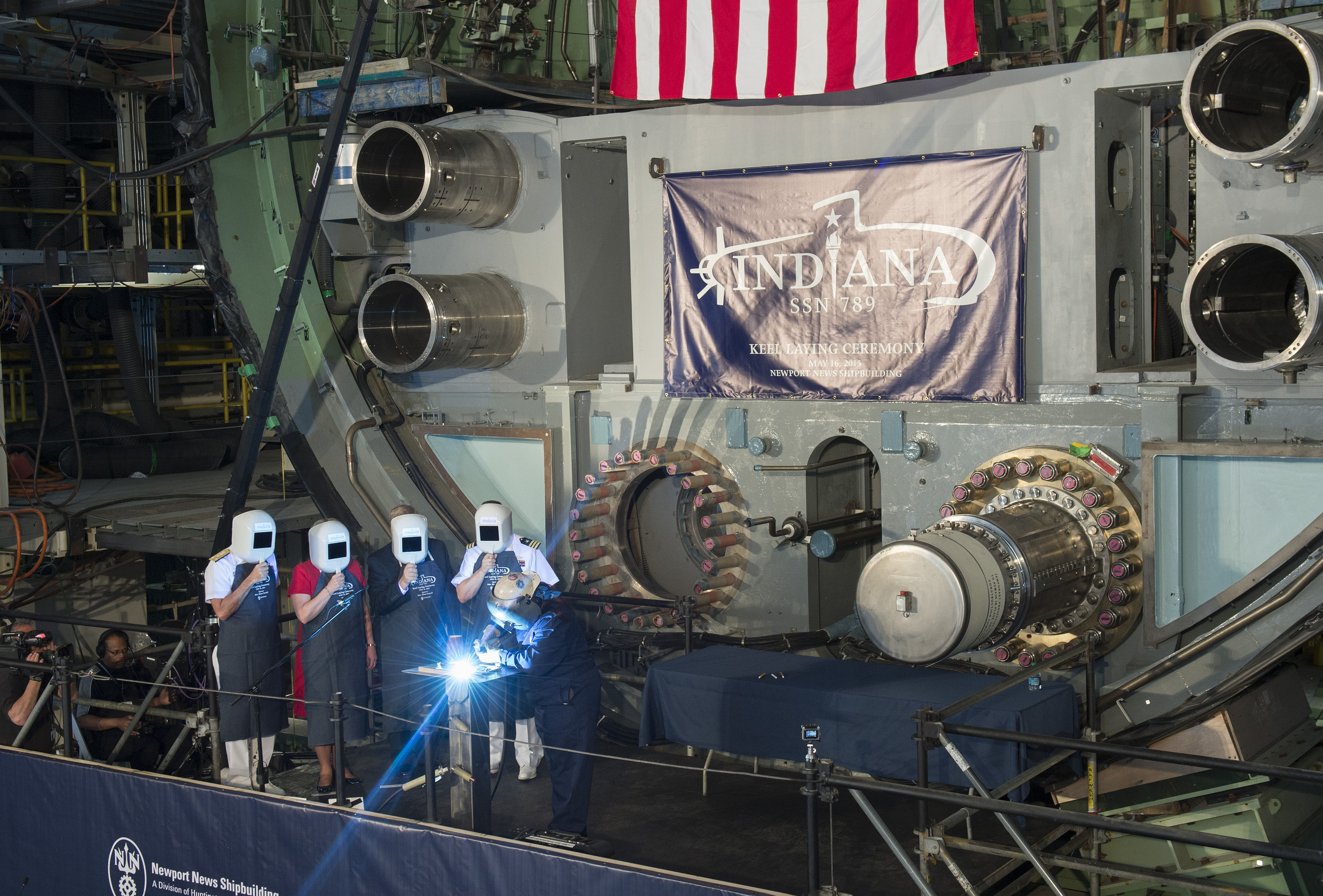 A welder carves the initials of ship’s sponsor Diane Donald on a metal plate during the keel laying ceremony for the future Virginia-class attack submarine Indiana (SSN 789) on May 16, 2015. US Navy photo courtesy of Huntington Ingalls Industries.

The Navy laid the keel of attack submarine Indiana (SSN-789) on Saturday at Newport News Shipbuilding in Virginia.

Indiana is the 16th submarine of the Virginia class (SSN-774) and the sixth in the eight-boat Block III contract.

The Navy redesigned about 20 percent of the Block II submarines to create a cheaper, easier to build boat for Block III. Most notably, the traditional air-backed sonar sphere was replaced by a water-backed Large Aperture Bow array, which not only reduces lifecycle costs but also improves passive detection capabilities. The Navy also replaced 12 Vertical Launch System (VLS) tubes with two Virginia Payload Tubes that hold six Tomahawk cruise missiles each.

Indiana has been under construction since September 2012 and “is on track to continue the Virginia class program’s trend of delivering submarines early to their contract delivery dates, within budget and ready for tasking by the fleet,” according to a Navy statement.

“The Indiana keel laying is an important construction milestone for us and our shipbuilding partners,” Rear Adm. David Johnson, program executive officer for submarines, said in the Navy statement.
“This ceremony continues to demonstrate the collaboration between the Navy and our partners to ensure we are building a capable and affordable ship to defend our country.”

During the ceremony, submarine sponsor Diane Donald had her initials welded into a steel plate that will be affixed to the boat.