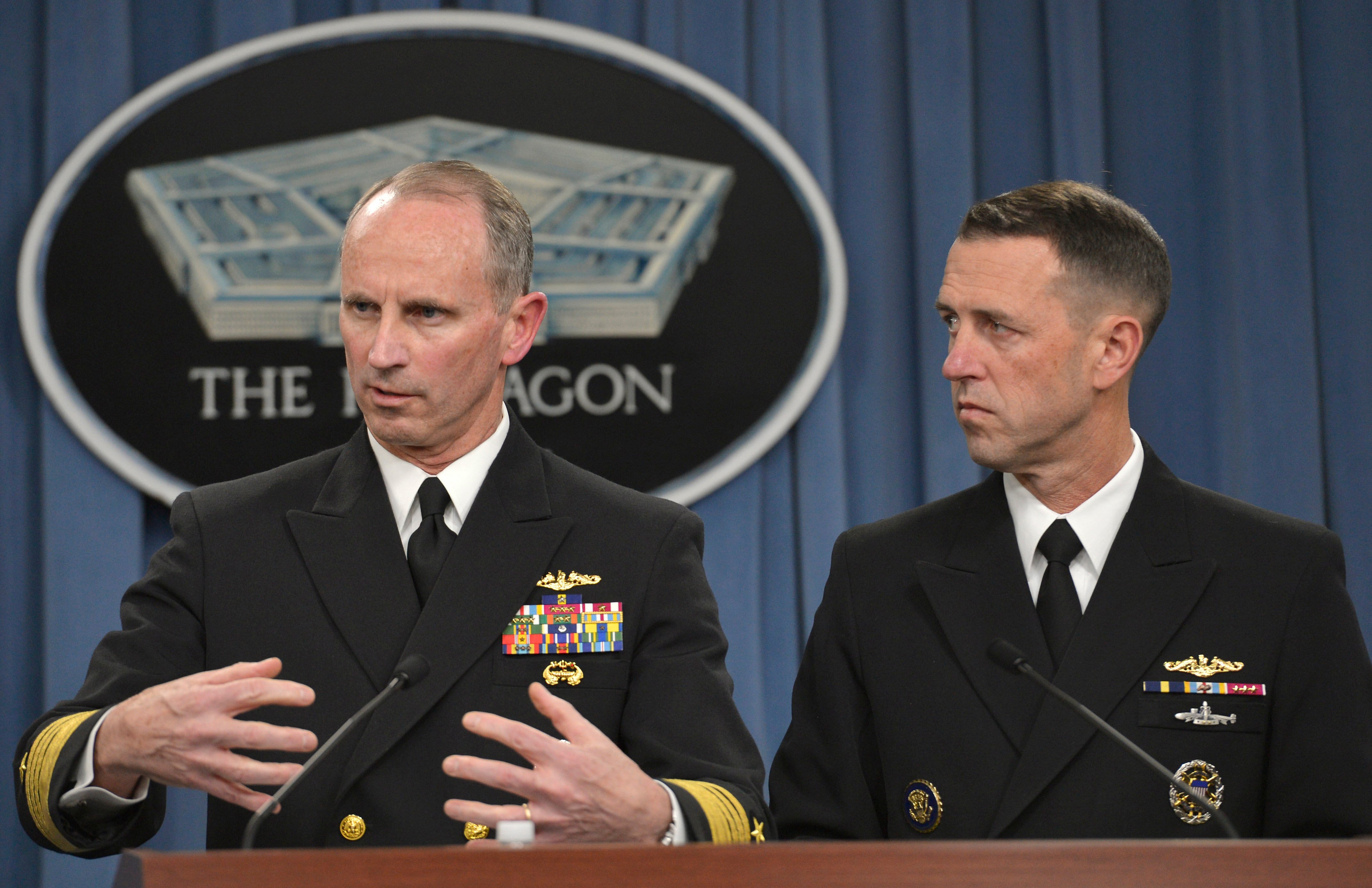 Carter said Wednesday afternoon that President Barack Obama had accepted the nomination, which will be subject to Senate approval.

Richardson began his assignment at Naval Reactors, a collaboration between the Defense and Energy departments, in November 2012 and was supposed to stay for eight years – unlike most two- to three-year assignments, this extended tour is meant to bring stability and expertise to the highly technical program.

Richardson would be the first Nuclear Reactors director to serve as the top Navy officer.

“Adm. John Richardson was a clear choice. He’s a bold thinker, a tremendous leader and the go-to officer for many of the Navy’s tough issues in recent years, from preparing for the Ohio-class replacement ballistic missile submarine to handling problems of integrity and ethics,” Carter said.
“He is in high demand; I had to wrestle him away from the Secretary of Energy.”

Current CNO Adm. Jonathan Greenert also comes from the submarine community and has stressed that the Ohio Replacement Program ballistic missile submarine is the Navy’s top priority this decade – as well as its top fiscal challenge. Richardson has deep knowledge of the program and could continue to advocate its priority and its full funding.

Richardson graduated from the U.S. Naval Academy in 1982 with a bachelor’s degree in physics. He served on USS Parche (SSN-683), USS George C. Marshall (SSBN-654) and USS Salt Lake City (SSN-716), and he was awarded the James Bond Stockdale Leadership Award for his command of USS Honolulu (SSN-718) in 2001.

He also served as naval aide to the president, trained prospective commanding officers for the Commander of Submarine Force in U.S. Pacific Fleet, and served as the director of strategy and policy at U.S. Joint Forces Command.