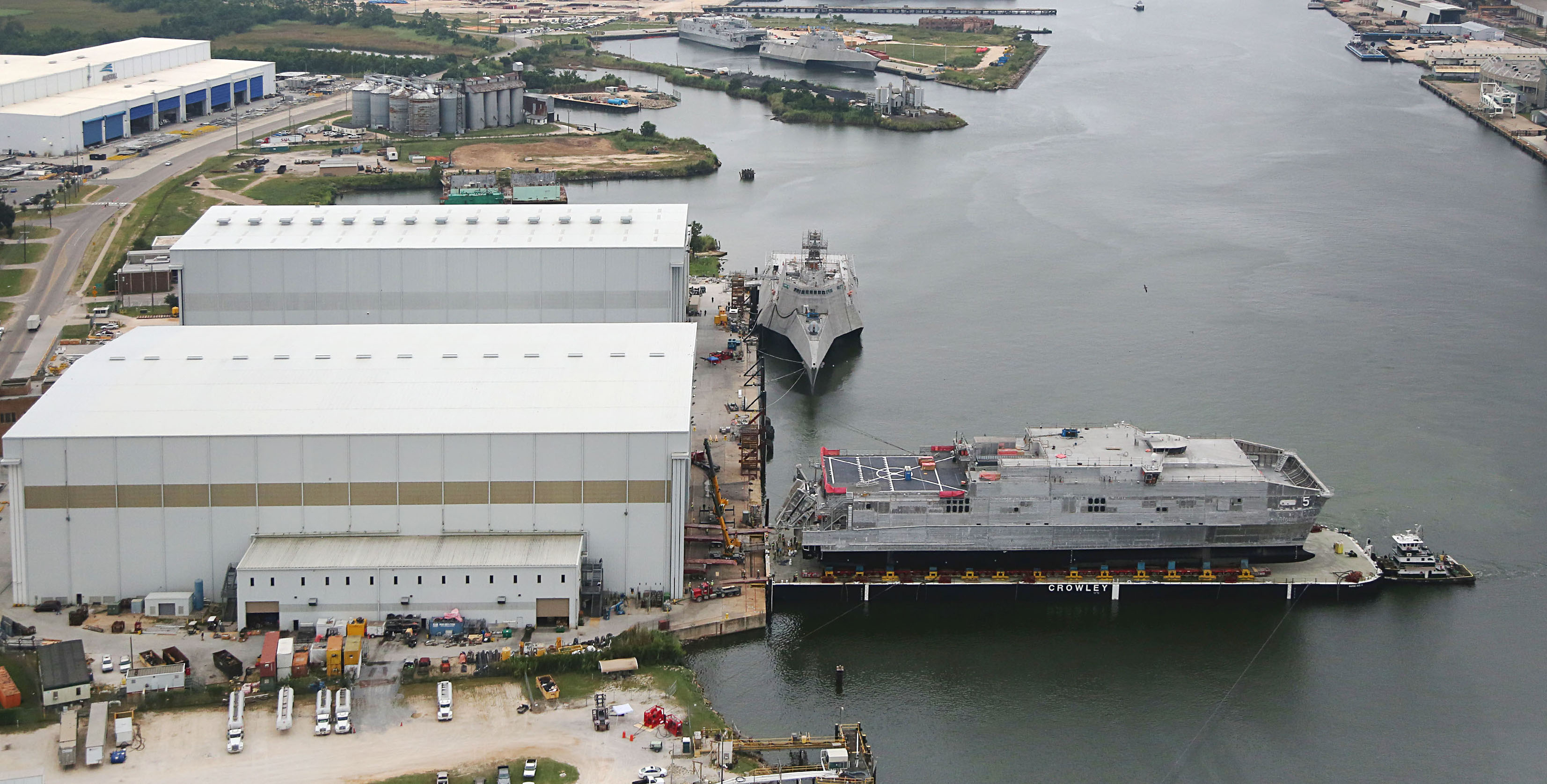 The Navy christened the Joint High Speed Vessel Brunswick (JHSV-6) on Saturday in Mobile, Ala., marking a milestone for the sixth craft in a class still exploring its full potential.

Shipbuilder Austal USA has three JHSVs under construction in its Mobile yard and expects to launch Brunswic by the end of the month.

“Brunswick is the result of the successful industry/[Department of Defense] partnership that has developed between Austal USA, Military Sealift Command and the Navy,” Craig Perciavalle, president of Austal USA, said in a company news release.
“We’re very excited about how stable and mature the JHSV program has become as we prepare JHSV-6 for trials and delivery in the fall.”

Originally designed for intratheater lift and humanitarian assistance/disaster relief (HADR) support, the ship class has already found new roles for itself, including filling in the gap in the counter-narcotics and counter-trafficking mission in the Caribbean and Eastern Pacific as the Oliver Hazard Perry-class of frigates (FFG-7) decommission.

The Navy also announced last month that the recently delivered USNS Trenton (JHSV-5) will host the first at-sea test of the Navy’s electromagnetic railgun next year.

The Navy stood up an Auxiliary Platforms and Payloads Council to explore the full potential of the JHSV class and others, including the Large Medium-Speed Roll-on/Roll-off Ship (LMSR), Mobile Landing Platform (MLP) and T-AKE dry cargo ship.

“The fast-growing JHSV fleet has proven to be flexible in ways we didn’t even consider when this program first started,” Perciavalle said in the news release.

Brunswick is named after the seaport city in southern Georgia and is the fourth Navy ship to bear that name. Navy Secretary Ray Mabus spoke at the christening ceremony and chose his office manager and scheduler, Alma Booterbaugh, to serve as the ship sponsor. Booterbaugh joined the office of the secretary of the Navy in 1999 and has worked for the federal government for more than 30 years, according to Austal.