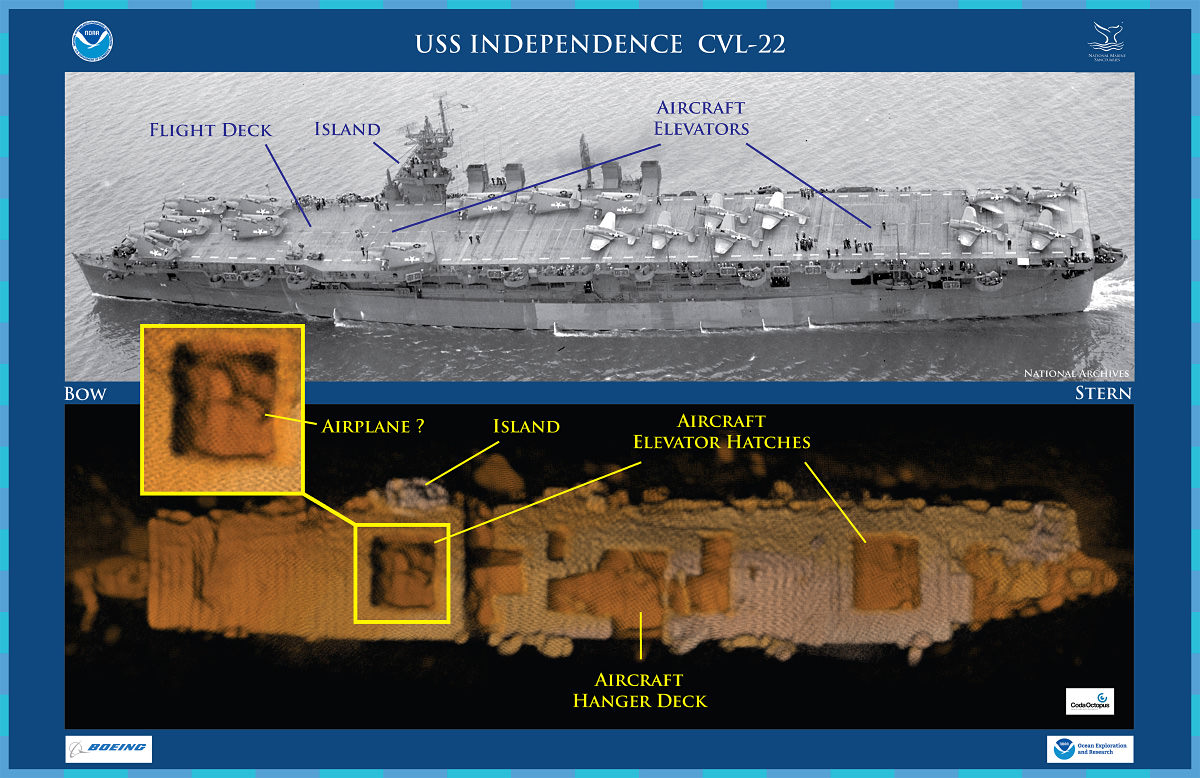 The National Oceanic and Atmospheric Adminstration (NOAA), the Navy and Boeing together found and surveyed the sunken USS Independence (CVL-22), a light aircraft carrier the Navy sunk in 1951 after subjecting the ship to an atomic bomb blast.

The carrier is upright, slightly listing starboard with its flight deck still in tact – and a plane still in the hangar bay – while sitting 2,600 feet under the ocean’s surface off of California’s Farallon Islands, according to a NOAA press release.

The ship is “amazingly intact,” the release says, noting that the holes found in the ship come from the atomic testing, not deterioration after being sunk.

“After 64 years on the seafloor, Independence sits on the bottom as if ready to launch its planes,” James Delgado, chief scientist on the Independence mission, said in the release.
“This ship fought a long, hard war in the Pacific and after the war was subjected to two atomic blasts that ripped through the ship. It is a reminder of the industrial might and skill of the “greatest generation’ that sent not only this ship, but their loved ones to war.”

Independence operated in the Pacific from 1943 to 1945 and was one of 90 ships the Navy gathered in 1946 as a target fleet for atomic bombing at the Bikini Atoll in the Marshall Islands. The ship was damaged by the heat and radiation but survived. Independence returned to San Francisco, where it was used to study decontamination until it was sunk in 1951.

NOAA is conducting a mission to locate, map and study historic shipwrecks near the Golden Gate Bridge. Independence is one of about 300 sunken ships there and believed to be the deepest. Boeing outfitted its 18.5-foot Echo Ranger unmanned underwater vehicle with Coda Octopus’s Ecoscope 3D-imaging sonar system to survey the Independence wreck site.