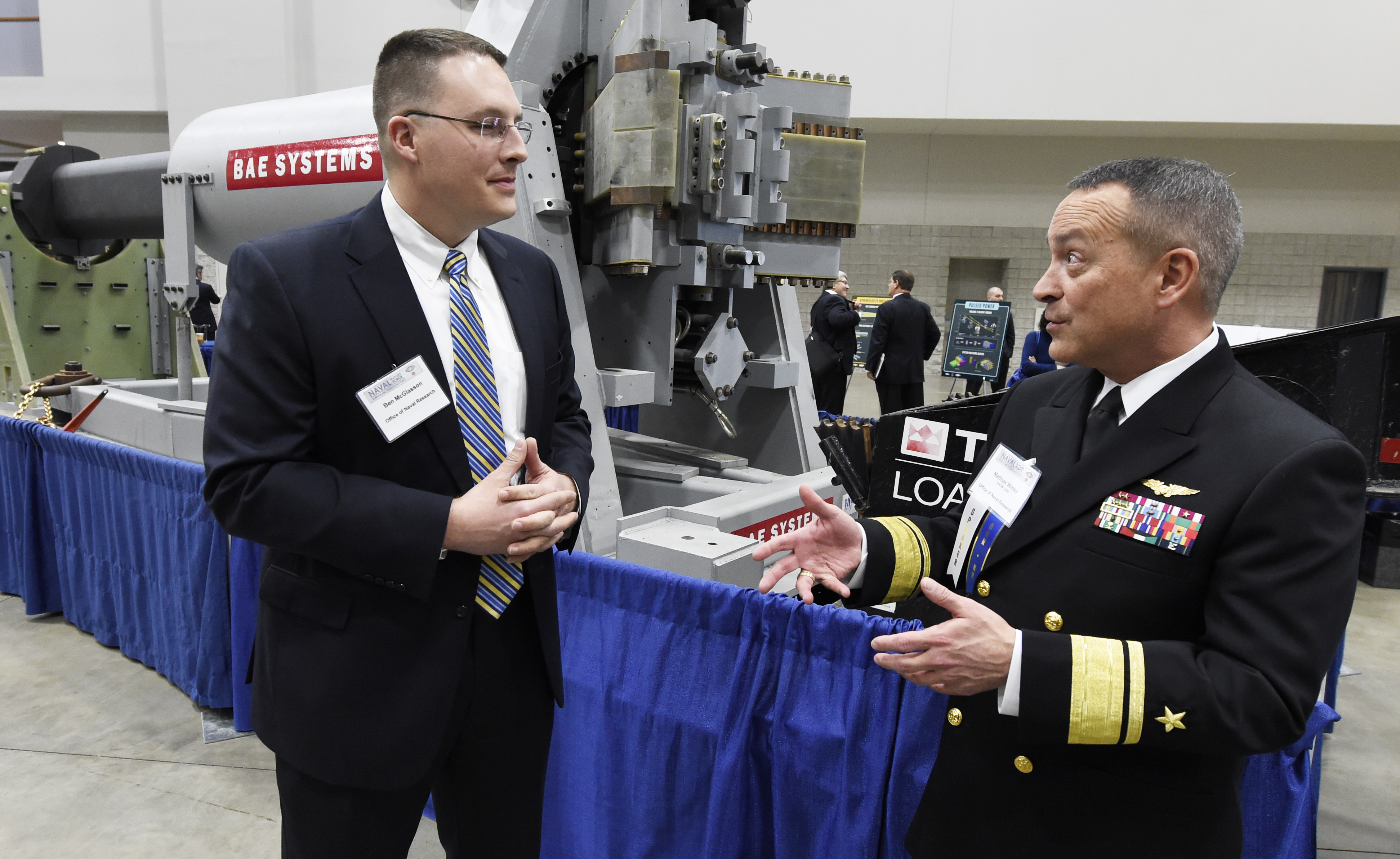 The chief of naval research told the House Armed Services Committee that 87 percent of the service’s science and technology spending “transitions into acquisition” and the remainder “provides new capabilities” for the future.

Testifying Thursday, Rear Adm. Mat Winter said, “We can’t wish away” the reality that other nations are advancing technologically.

If sequestration returns in the next fiscal year, every program from the long-range torpedo and ship-to-shore connectors “are all at risk.”

Winter, like his counterparts in the other services, and the director of the Defense Advanced Research Projects Agency (DARPA), warned that the impact on the Defense Department’s 100,000 workers in the science and technology community would be devastating—hastening retirements, raising questions in others’ minds as to whether they should continue careers in government, and causing recent graduates to rule out working for the government.

Arati Prabhakar, DARPA director, said, “Controlling the electromagnetic spectrum is critical” in maintaining military superiority. Investment in science and technology “to create the next generation of capabilities [to control that spectrum] in real time, across the battlespace” is her agency’s goal.

The Navy “leaves nothing to waste,” Winter said, when it spends on science and technology, citing a number of programs from the electromagnetic rail-gun to finding traumatic brain injury solutions. He said as chief of naval research “I’m a goal-oriented leader” whose job it is to link today’s Fleet with the one under development and the future Fleet.

He added that the Navy secures 300 patents a year.

In answer to a question during the abbreviated hearing, Winter said, “90 percent of our business is with small business. He cited how the Navy’s need for a more compact verification and validation device led one small company to fill that need with one about the size of a thumb drive. It cost $300,000 to produce and saved the Navy $5 million, Winter said.