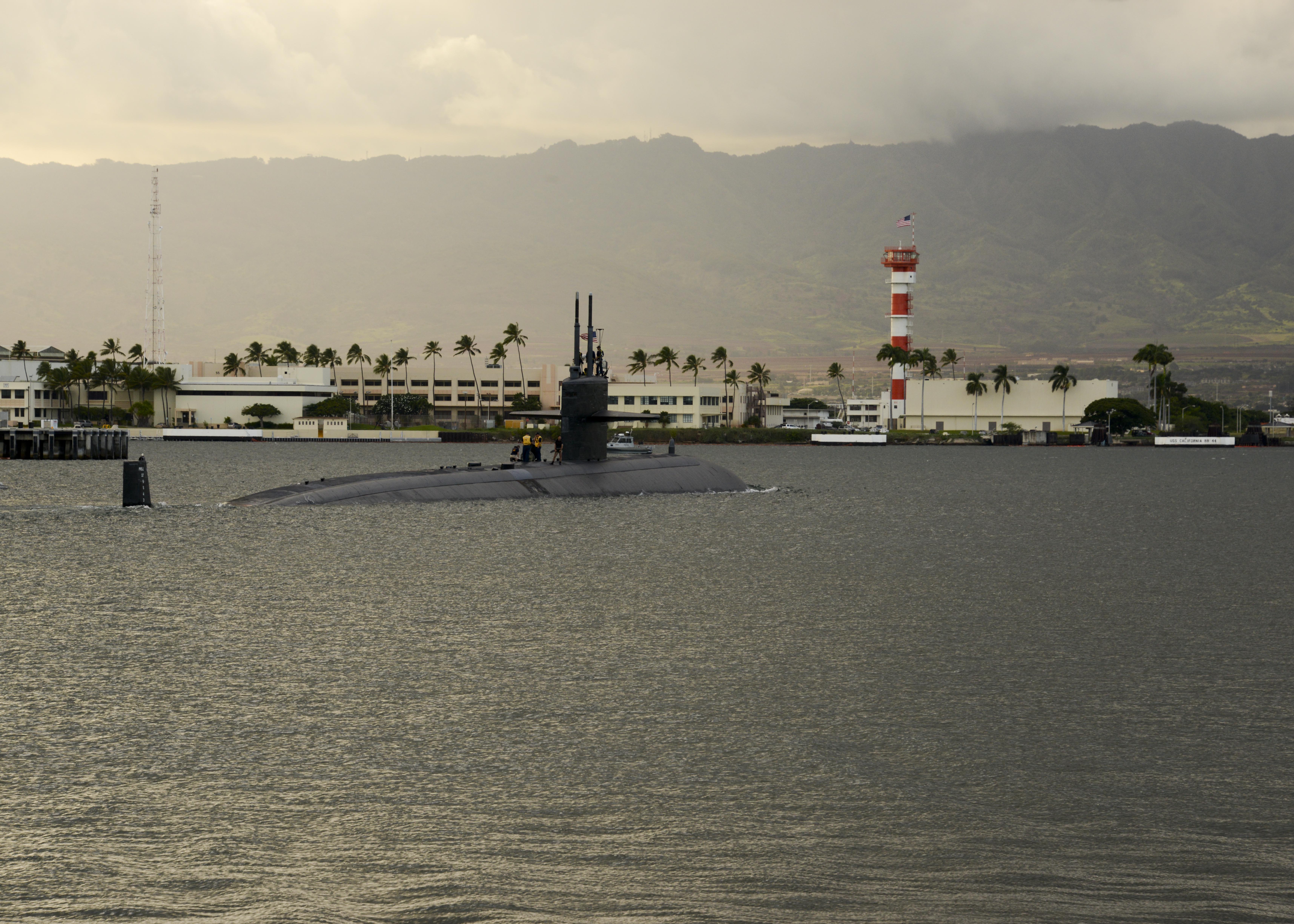 La Jolla will spend 32 months in the yard before heading to the Nuclear Power Training Unit in Charleston, S.C., where new submarine and aircraft carrier nuclear operators are trained and qualified.

During that time, the submarine will be cut into three pieces, and a portion of the hull and the missile compartments will be taken out. Three new hull sections from General Dynamics Electric Boat will be added to accommodate the sub’s new mission.

“A newly-fabricated hull section will be welded in place, and the new space will contain training spaces, office spaces, and an emergency safeguard system,” La Jolla commanding officer Cmdr. Kevin Roach said in a Navy statement.

The crew moved with the ship from its homeport of 14 years, Joint Base Pearl Harbor-Hickam in Hawaii, to Norfolk. The ship will be considered commissioned and in service until around August 2017, when it will officially be designated a MTS.

“Non-nuclear personnel will remain on board until the conversion process is complete,” Master Chief Electronics Technician (Submarines) Edward Brennan said in the Navy statement.
“We will continue through the conversion to receive additional nuclear-trained personnel until we are fully manned to be a MTS in 2017. During the process, our sailors will maintain or complete their submarine qualifications by riding operational boats in the Atlantic and Pacific. Many of our nuclear-trained Sailors want to remain on the ship during its move to Charleston, and become the first group of instructors on MTS 701 to train students.”

La Jolla is the first Los Angeles-class boat to undergo the conversion to a training ship and will be followed by the USS San Francisco (SSN-711) about two years later, according to the Navy’s long-range ship decommissioning plans.

The current training ships in Charleston are Daniel Webster (MTS 626), a converted Lafayatte-class ballistic-missile submarine, and Sam Rayburn (MTS 635), a converted James Madison-class ballistic-missile submarine. Sam Rayburn was reclassified as MTS 635 in July 1989 and will remain in service until May 2019, according to the Navy statement, and Daniel Webster was designated MTS 626 in August 1990 and will remain in service until November 2022.