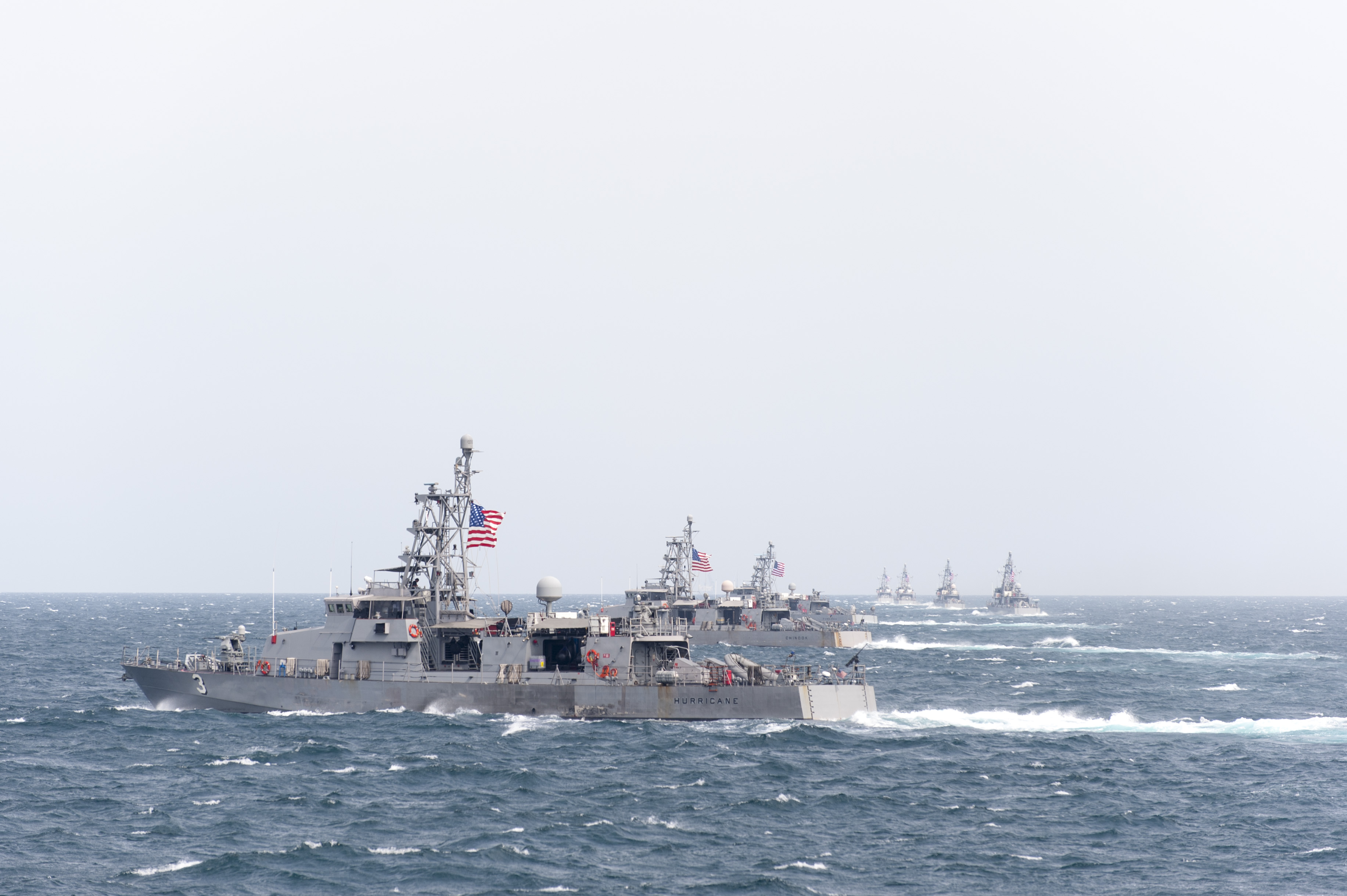 A new report on what the United States should be doing militarily in the Persian Gulf recommends proposing a mutual defense treaty with U.S. partners there to deter adversaries, such as Iran with its nuclear ambitions and its use of proxies, such as Hamas and Hezbollah, to destabilize friendly nations in the region.

Speaking on Monday on the report titled “Artful Balance: Future U.S. Defense Strategy and Force Posture in the Gulf,” Barry Pavel, director of the Scowcroft Center at the Atlantic Council (and a report co-author), said the area “is not a region we can ignore” and “expect good things to happen.” Acknowledging that the report concentrates on defense strategy, he said American engagement “not just militarily, is essential,” but must remain robust into the future.

Bilal Saab, a senior fellow at the council and co-author, added in the past, “political development had not been a high priority” for the United States in the Middle East, but internally stable “partners can counter Iran” and improve counterterrorism efforts in the Gulf.

In answer to a question, Saab said political development in many of the Mideast states is dependent on reform, so residents feel “invested in the political life” of their country. Citing Kuwait, Saab said it has “a healthy dose of parliamentary politics” and is “something worth looking at” by other gulf states. He contrasted those countries with Egypt, Libya, Syria, and much of Iraq, where the regimes are being questioned over their legitimacy to govern.

The idea behind the report was “to set the table and start the conversation” on an up-to-date strategy for the gulf with or without a deal with Iran over its nuclear program, Pavel said. It “was meant to be the first word, not the last word” on the subject.

He said there were “clear differences” among countries in the Gulf Cooperation Council about stationing U.S. forces in their countries. Saab said that in the re-examination of what kind of forces and where they are stationed would question the keeping of large numbers of Lockheed Martin F-22 Raptor fighters and large numbers of soldiers in Kuwait. Pavel added the concentration of forces in Bahrain and Qatar should be reviewed.

One recommendation by the authors is to “emphasize the maritime character of future U.S. force posture in the gulf by improving maritime defenses, anti-fast attack and craft capabilities, mine countermeasure capabilities and intelligence, surveillance, and reconnaissance (ISR) capabilities.”

Saab added the United States has done “a pretty good job of deterring conventional” military threats but has not looked strategically at the hybrid threats posed by Iranian proxies and non-state actors such as the so-called Islamic State in Iraq and Syria (ISIS or ISIL).

Saab said he was “not sure the other side [meaning the gulf states] would agree” to a mutual defense treaty similar to the NATO accord or what its reception would be on Capitol Hill. But one possible benefit of such a treaty would be curbing the proliferation of weapons of mass destruction in the region because nations in the pact would have the United States, with its large arsenal, as an ally rather than striking out on their own, he said.

As for China’s growing interest in the gulf, not only for its energy needs, Pavel said that only the United States is capable of providing security for the region into the foreseeable future. “I don’t see China coming anywhere close” to the United States militarily and diplomatically in the gulf.

“In many ways, China is free-riding” because the United States is providing the security that keeps the oil and gas fields and refineries producing and the sea lanes open for energy transport.

Even if a nuclear agreement is reached, Saab said, Iran’s “record speaks for itself” in “not respecting the sovereignty of its neighbors”—so some sanctions should remain in place. As for its involvement in fighting the Sunni-led Islamic State in Iraq, Pavel said, “Their role is a net negative.”