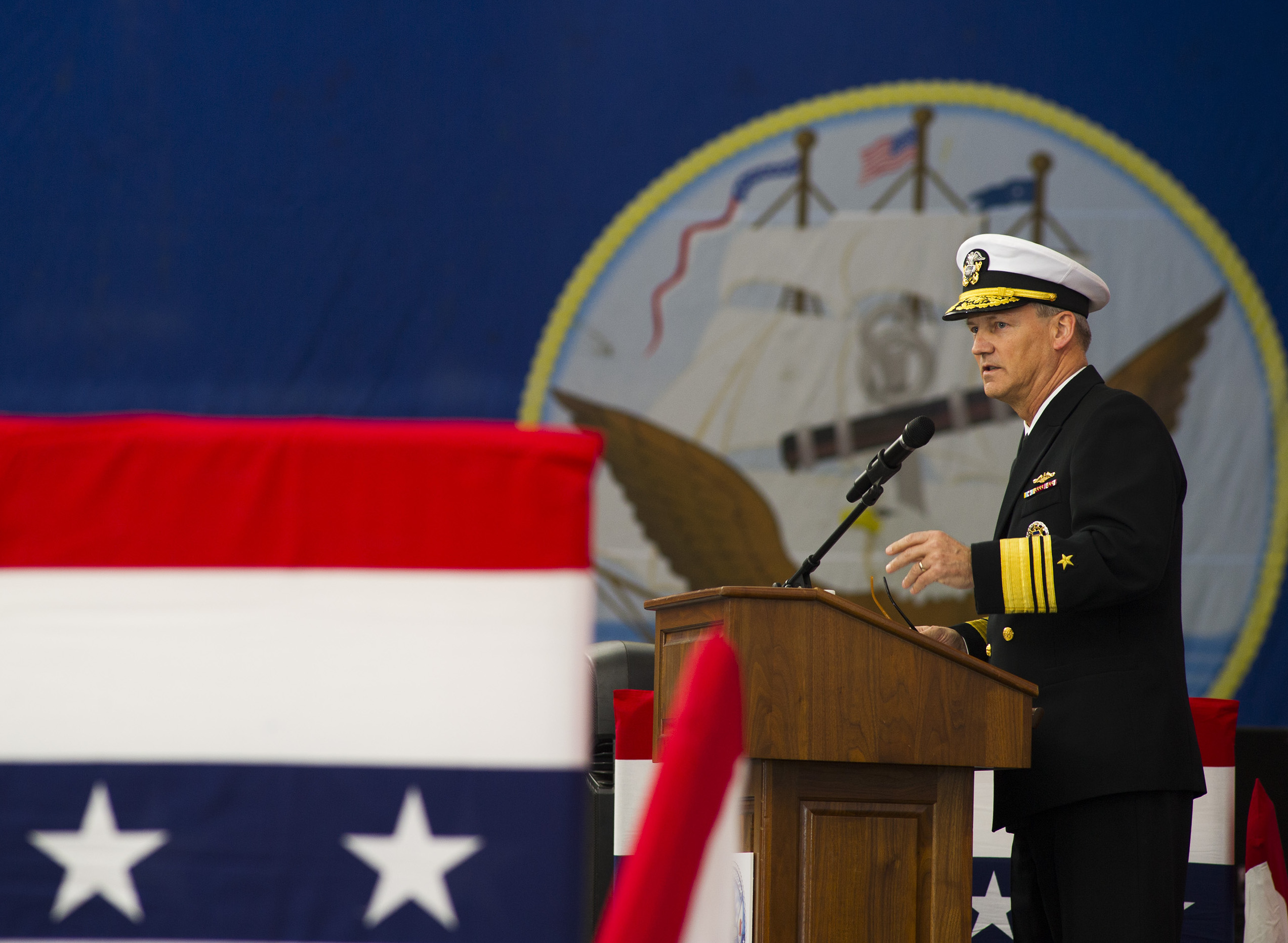 The head of U.S. naval forces in the Western Pacific said the U.S. would support an emerging plan to create multi-national patrols in the South China Sea that could bear similarities to anti-piracy patrols in the Strait of Malacca.

During a meeting this week with naval leaders from Association of South East Asian Nations (ASEAN) U.S. 7th Fleet commander Vice Adm. Robert Thomas said the U.S. would back a combined ASEAN maritime patrol in the hotly contested region.

“Perhaps easier said than done, from both a policy and organization perspective, such an initiative could help crystallize the operational objectives in the training events that ASEAN navies want to pursue,” Thomas said at a panel session with navy chiefs quoted by news service Bloomberg.
“If ASEAN members were to take the lead in organizing something along those lines, trust me, the U.S. 7th Fleet would be ready to support.”

Pentagon officials gave the plan a tacit endorsement in a Friday statement to USNI News. “The Department welcomes collaborative efforts to bolster maritime security in the Asia-Pacific, including ASEAN-led efforts. We believe that close cooperation between and among ASEAN member-states is critical to sustaining peace and prosperity in the region,” Pentagon spokeswoman Henrietta Levin said in a statement.
“However, at this time, we are not aware of any specific plans or proposals by ASEAN countries to develop a combined maritime force.”

The South China Sea contested territorial claims have been a constant issue between ASEAN countries and China.

Both the Philippines and Vietnam have clashed with China politically over claims to the Spratley and Paracel Island chains and has conducted extensive reclamation work for military facilities.

A regional code of conduct between China and ASEAN countries has been in the works since 2013 but has largely been stalled.

As to the patrols, there is some precedent for combined ASEAN operations.

The scheme could be based on the existing model of combined ASEAN forces anti-piracy patrol in the Strait of Malacca near Thailand, Singapore, Malaysia and Thailand, according to press reports in the Philippines quoting Philippine Navy Flag Officer in Command (FOIC) Vice Adm. Jesus Millan.

“Vice Adm. Millan [said] that for this ‘resource intensive initiative’ to work, all countries concerned should agree in working together in protecting the ‘Freedom of Navigation’ or the safety and security of seaborne trade and international shipping,” read the online report from radio station DWDD.

The plan follows comments from 7th Fleet’s Thomas in January that suggested Japan should consider surface and air patrols in the South China Sea, which quickly drew the ire of the Chinese.

“Countries outside this region should respect efforts made by countries in the region to maintain peace and stability,” said Chinese foreign ministry spokeswoman Hua Chunying in late January.

On Thursday a group of Senate leaders expressed their own concerns over the South China Sea on Thursday.

In a letter addressed to Secretary of Defense Ash Carter and Secretary of State John Kerry, the chairs and ranking members of the Senate Foreign Relations and Armed Services committees expressed concern over Chinese reclamation efforts in the Spratleys.

“For the international community to continue benefiting from the rules-based international order that has brought stability and prosperity to the Indo-Pacific region for the last seven decades, the Unidted States must work together with like-minded parternes and allies to develop and employ a strategy that aims to shape China’s coercive peacetime behavior,” read the letter signed by Sens. John McCain (R-Ariz.), Jack Reed (D-R.I.), Bob Corker (R-Tenn.) and Bob Menendez (D-N.J.).