Vladimir Putin is engaged in “an existential struggle” with the West, not only in Ukraine and other close-by former Soviet states, but particularly to undermine NATO in the Baltic nations, a leading expert on Russia and Eurasia said Tuesday at the Heritage Foundation.

Speaking at the Washington think-tank, Eugene Rumer, director of the Russia and Eurasia Program at the Carnegie Endowment for International Peace, said “there is plenty to worry about” in Baltic countries such as Estonia and Latvia, with their large ethnic Russian populations.

The Russian president “is not adverse to using them to make domestic trouble” in a variety of domains such as cyber and disinformation. This presents “a challenge of dealing with less than full-scale war threats” to NATO in the Baltic.

“How do we deal with these crises short of war?” That, he said, is the question confronting the alliance.

For all former Soviet republics, he said the more assertive Russia “is more prone than before to look less kindly on engagement with the West”

Rumer, the co-author Conflict in Ukraine, said Putin does “not fully control the situation on the ground” in eastern Ukraine, where Russian-backed separatists are trying to break away from the government in Kiev.

The earlier annexation of Crimea by Russia “was not well thought out” and the fighting in eastern and southern Ukraine has “in a sense backfired.”

For Putin’s Eurasian economic integration program to succeed and keep the European Union at bay, “he needs all of Ukraine. It’s a big gaping hole” without Ukraine being part of the Eurasian Union. A military occupation of the entire country “is most likely a bridge too far” for the Russian armed forces.

“People just don’t want” that integration, even in the areas in Ukraine where the fighting is taking place, he said.

“We’re in a stalemate” politically, economically, and militarily in Ukraine, one that has persisted since the first Minsk agreement to end the conflict was signed in September 2014.

Ukraine itself “is a Soviet construct” with “no living memory” of being an independent state, as is the case with Poland and Hungary, Rumer said.

He estimated that it would take “tens of billions of dollars for years” to rebuild the areas where the fighting has been fiercest. The government in Kiev would need $20 billion to shore up its financial reserves. 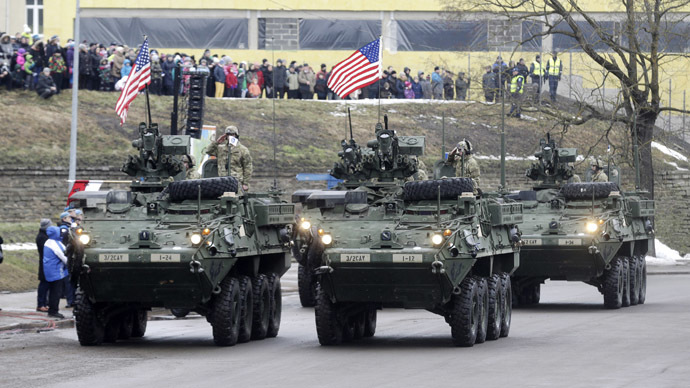 “For Europe, it is a crisis nobody needs or wants” as the EU struggles with Greek debt and faces an upcoming election in Great Britain that could see London leaving the EU. It also throws into question the union’s belief in its “Eastern Partnership being seen as a way to bring Eastern Europe closer” to the EU.

For the United States, the Ukrainian crisis put to rest the “thought we were done with the Europe Project” that emerged in the late 1990s.

Rumer said no one in Kiev, Moscow, Washington or Brussels could have predicted that the government of Viktor Yanukovych would collapse in February 2014 when demonstrators took to the streets over his withdrawal from negotiations to join the European Union. He said the mass demonstrations signified that people “were fed up with all politicians” from reformers to oligarchs.

China has been a beneficiary of the Ukrainian crisis. “Russia said it is pivoting to the Pacific” and recently signed an energy agreement with China. Rumer added that for the first time Russia is offering Chinese investors majority positions in energy exploration ventures.