The Marines are looking to employ new types of ships to extend the reach of special crisis response units into Africa, senior service leaders have told USNI News.

In comments to USNI News on Feb. 12, Dunford singled out Military Sealift Command’s Afloat Forward Staging Base (AFSB) variants of the Mobile Platform (MLP) as one option to expand the reach of the SPMAGTF-CR beyond their ground bases Moron, Spain, and Sigonella, Italy.

“They have flight deck capability, command and control capability and about 240 berthing spaces for Marines. This would be a great opportunity for us to be able to use the V-22 and small numbers of Marines,” he said.
“But at the low end of the spectrum… by no means are they a warship. They are not a replacement for an amphibious ship but they [can] augment our capabilities to meet our requirements on a day-to-day basis.”

Lt. Gen. Kenneth Glueck told USNI News on Tuesday the Marine Corps Seabasing Integration Division is in the “formative stages of developing alternative platform concepts of employment for the commandant’s consideration,” including a concept of employment to send the AFSB to the Gulf of Guinea, in a written statement.

Glueck first mentioned the region last week at a House Armed Services Seapower and Projection Forces Subcommittee hearing last week, when talking about the amphibious shipping shortfall. With the first AFSB variant, USNS Lewis B. Puller (MLP-3/ASFB-1), having recently been christened, Glueck reflected Dunford’s comments that ship could help fill the shortfall by taking on missions on the lower end of the military operational spectrum and in a permissive environment.

“I’ve worked up, actually, [a concept of operations] for the commandant to have something we can possibly use maybe in the Gulf of Guinea to be able to, you know, expand our reach of the V-22s down in that southern region of Africa,” he during the hearing.

The Marines have long talked about the need to use alternative platforms to help fill the gap they face in amphibious ship availability – the combatant commanders need about 54 to fill their requirements, and the Navy currently has 31. Still, earlier talks about the AFSB included missions to support mine countermeasures (MCM) efforts and special operations forces (SOF) in the Persian Gulf area, for example. Deploying Marines on the AFSB to the Gulf of Guinea would provide presence in the western and southern regions of Africa that currently have little U.S. military presence. 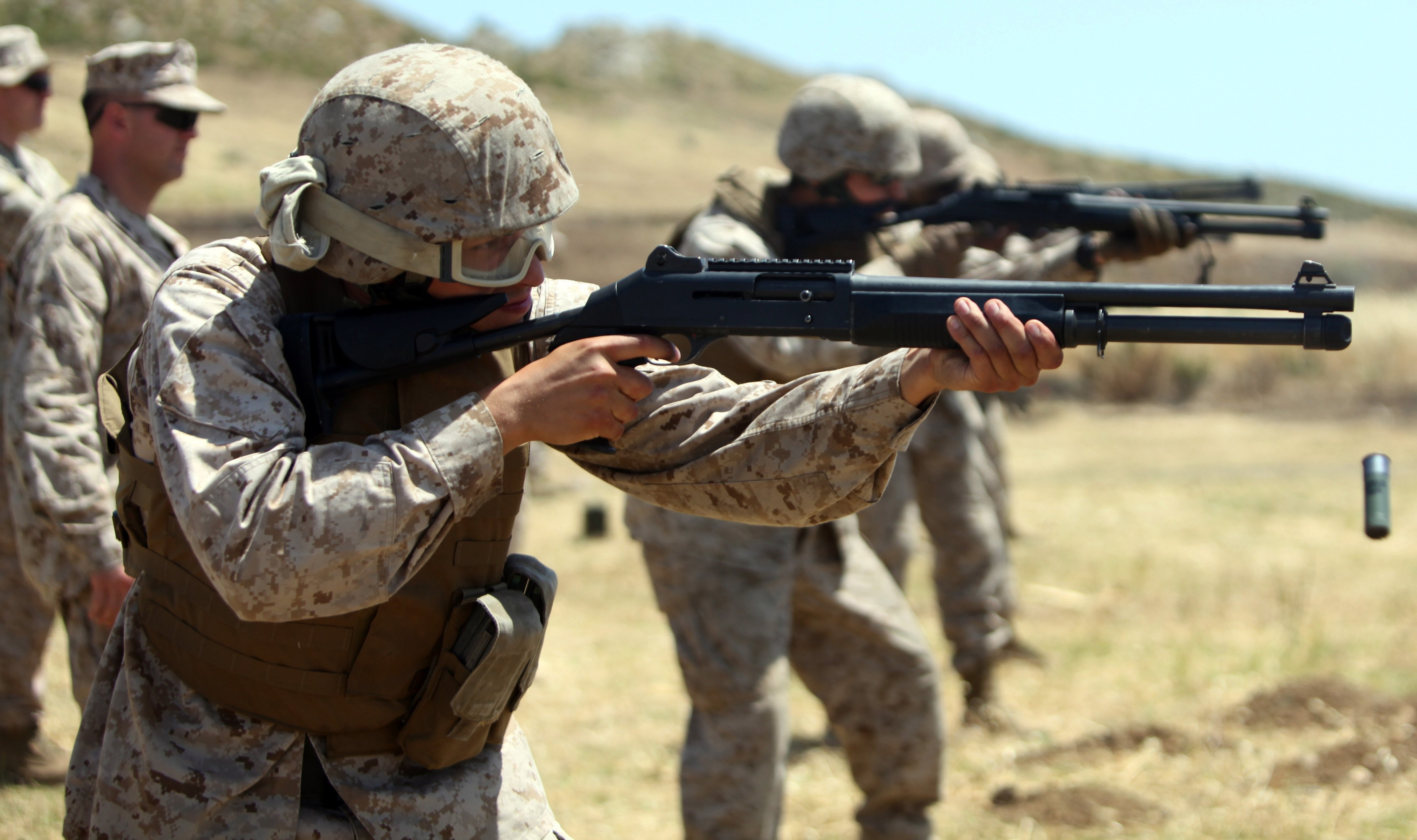 “We must continue to mitigate the amphibious shipping shortage by looking for other ways to do business. Establishing SPMAGTF-CR shore-based was a near-term solution and step in the right direction; however, having a SPMAGTF positioned at sea, in places like the Mediterranean or Gulf of Guinea, is always preferred,” Glueck told USNI News.
“We believe operating from MLP-AFSB or other alternative platforms can shorten response times, increase SPMAGTF operational effectiveness and better meet combatant commander mission requirements.”

The SPMAGTF-CR units in Spain and Italy have been able to respond to crises in faraway parts of Africa, like South Sudan and Liberia – but despite the Osprey’s range, it still takes a long time to get there. The U.S. Africa Command (AFRICOM) already had a SPMAGTF-Africa, but that task force rotated in active and reserve units for humanitarian aid and partnership training missions, with limited crisis response capability. The Marine Corps has said repeatedly it needs a mobile crisis response in AFRICOM, where the threats are only increasing.

Chief among the security threats in the Gulf of Guinea region are piracy and Boko Haram — both centered in Nigeria. Sophisticated bands of pirates in and around the Gulf of Guinea have been seizing tankers, but rather than holding the crew for ransom, they hold the ship until they can offload the oil onto other vessels and then sell it in the black market. Meanwhile Boko Haram has waged a terror and kidnapping campaign in Northwestern Nigeria.

If approved by the commandant, the Marines would have to conduct proof-of-concept exercises “to determine necessary platform refinements to best leverage their capabilities in support of MAGTF operations from the sea base,” Glueck said.

Last month, Dunford stressed the need for speed in adding the maritime capability to the shore-based units.

“What I have tasked the staff to do is come up with something that we can implement starting right now in 2015 to 2016,” Dunford told reporters.
“Initially we want to do something for AFRICOM and something for our maritime response force down in Darwin, Australia, immediately.”